With the general election less than one week away, it's time to me to turn my attention to it, something I haven't done since I wrote Whitmer vs. Schuette for Governor and Stabenow vs. James for Senate as turnout shattered records .  Fortunately, PBS NewsHour gave me exactly the topic for tonight in Why this tight Mich. race for attorney general matters.

Many states will be selecting an attorney general on Election Day. From time to time, these officials, who represent their states in legal proceedings, have acted as a check on federal policies. Christy McDonald of Detroit Public Television shares a look at a close race in Michigan, where Democratic candidate Dana Nessel is running against Republican candidate Tom Leonard.

I'm surprised I only mentioned Dana Nessel once in U.S. Supreme Court to hear Michigan marriage equality case three years ago.  I went to the Michigan Democratic Endorsement Convention this spring to vote for her, allowing her to get the nomination.  I even have a lawn sign for her. 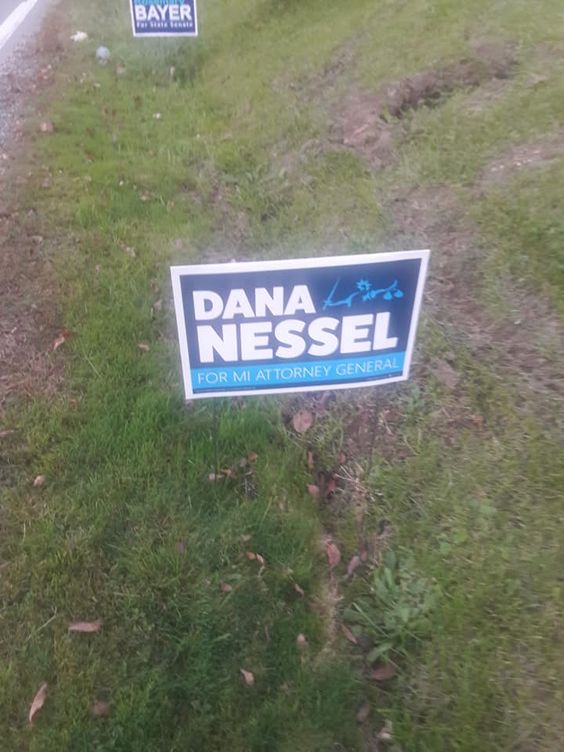 It's no secret who I'm voting for.

Stay tuned for at least one entry a day about the election all the way through to November 7th.
Posted by Pinku-Sensei at 12:00 AM