Thanksgiving travel up as gas prices falling but still high 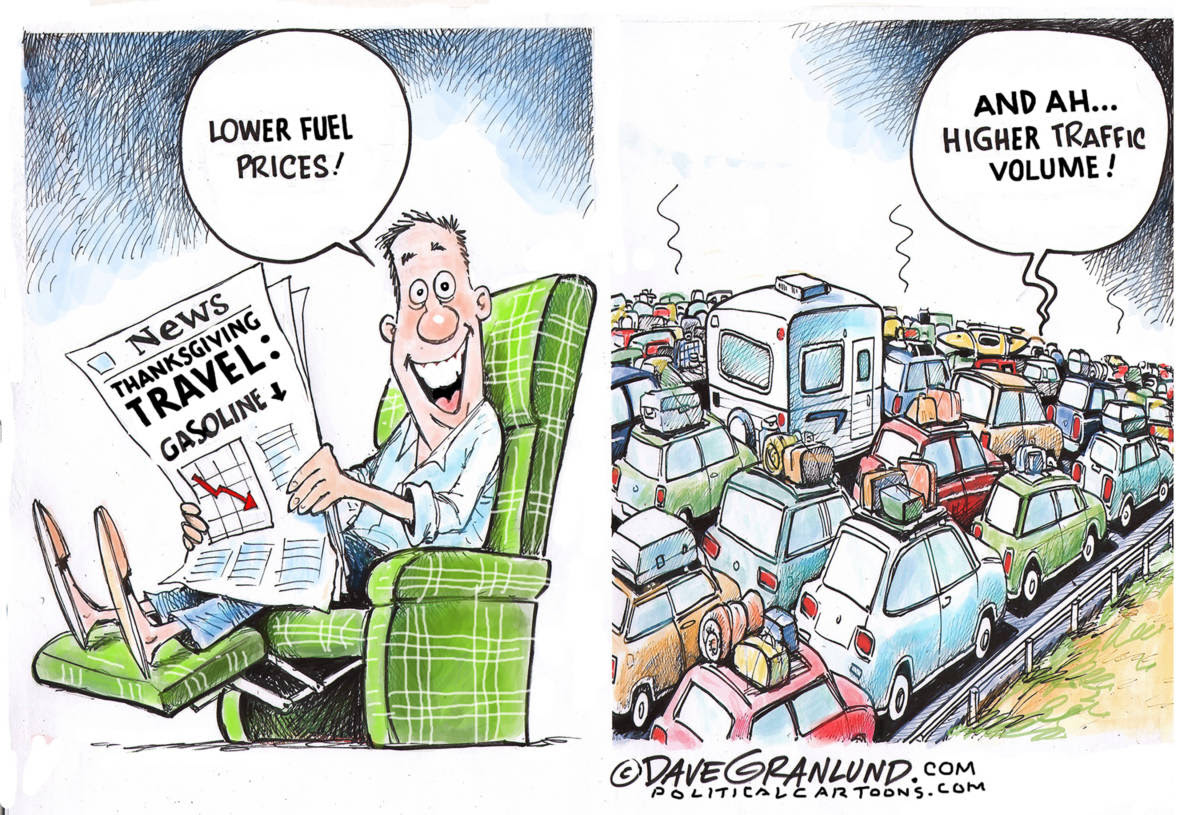 An early Happy (American) Thanksgiving to my readers!*  In Seth Meyers checks in on minority voter suppression, I wrote "it's time to go full Thanksgiving in time for the holiday."  I begin by passing along CBS This Morning reporting yesterday Record number of Americans expected to travel for Thanksgiving.

All of this is despite the highest gas prices since 2014.  Still, oil prices are falling, as CNBC reported in Oil stocks in bear market.

CNBC's Brian Sullivan reports on the crude oil wreck and stocks that are feeling the impact.

The effect of the collapse in oil prices should be lower gas prices, which CNBC reported in GasBuddy: The other shoe has yet to drop with prices at the gas pump.

Dan McTeague of GasBuddy.com discusses the landscape for gas prices as we head into the holiday season, and the lag time between falling oil prices and prices at the pump.

Neither the experts nor I expected oil and gas prices to fall, especially not as steeply as they did.  All of us expected sanctions on Iran to drive prices up or at least support them.  Instead, the Administration has granted so many waivers that the sanctions have had very little effect.  That's a point brought up in Bloomberg's Trump, Saudis Make Fundamental Oil Analysis Impossible, Analyst Sen Says.

Once again, Trump is creating chaos.  At least this time, it's helping U.S. consumers.  Give thanks for that silver lining in the cloud of Trump.

*I already wished my readers a Happy Canadian Thanksgiving, so I have to make the distinction.
Posted by Pinku-Sensei at 2:55 PM