Company Man on GameStop, a tale of the Retail Apocalypse

Company Man just came out with a video about a chain I've wanted to examine as part of my Tales of the Retail Apocalypse series, GameStop.  Watch as he asks and answers The Decline of GameStop...What Happened?

Everyone's favorite video game retailer has been on the decline. They're likely to continue falling at an accelerated rate and have no real plan in place on how to fight it. This video talks about how GameStop got to this point.

I've been waiting for a good GameStop video ever since I saw the following graph, which I first used in Business Insider on stores closing in the Retail Apocalypse on June 13, 2018, almost exactly a year ago. 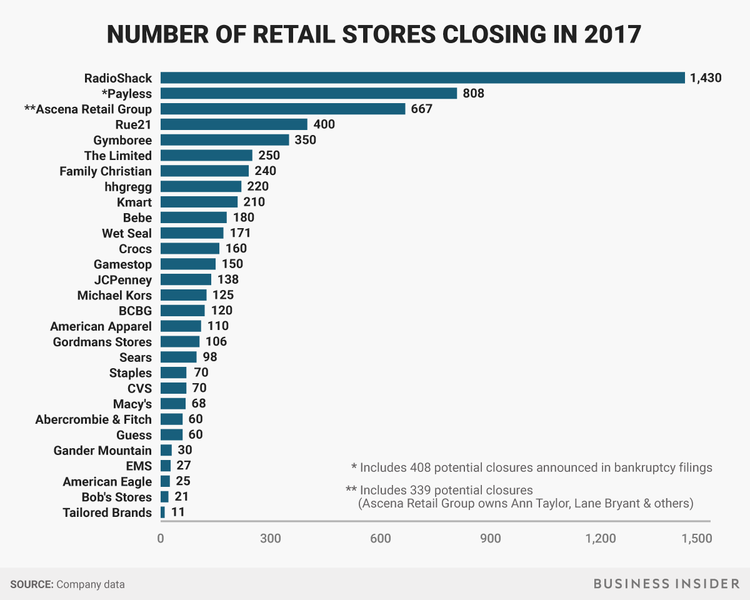 It shows GameStop announcing that it would close 150 stores in the United States during 2017.  That got my attention.  According to the graphic below, which I captured from Company Man's video, it turned out that GameStop ended up closing a lot more than that. 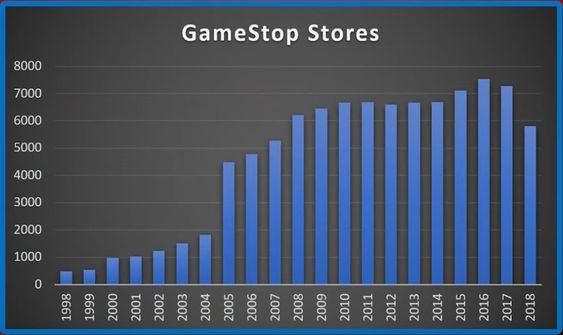 That's a drop of more than 1000 stores.  Even so, GameStop has still has slightly fewer than 6,000 stores, so the situation is more like Family Dollar than Sears and KMart.  Still, it bears watching.  At least this story isn't about Tariffs from the U.S.-China trade war increasing prices!
Posted by Pinku-Sensei at 5:22 PM