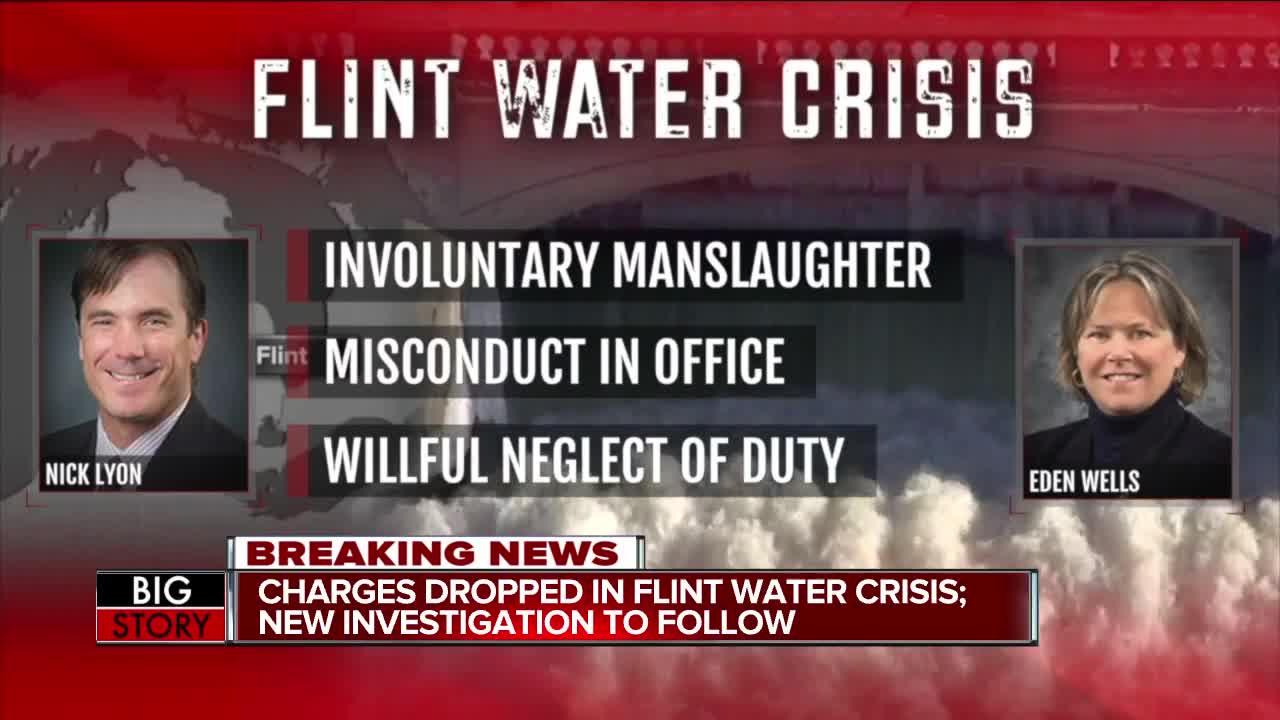 I told my readers to "stay tuned" at the conclusion of  as I promised to "write about the latest news about the Michigan Attorney General's prosecutions in the Flint Water Crisis."  The cases took a shocking turn as MLive reported this morning State drops criminal charges in Flint water cases.

Eight remaining Flint water prosecutions have been dismissed by the Department of Attorney General, officials said Thursday, June 13, 2019. Solicitor General Fadwa Hammoud and Wayne County Prosecutor Kym L. Worthy issued a statement saying the cases are being dismissed without prejudice -- meaning they could be refiled -- in order to conduct a full and complete investigation, a shocking conclusion to the high-profile criminal prosecutions.

This video presented the headlines and facts, although I think its interpretation that this is the conclusion of the case is premature.  WXYZ had the reactions from officials and people on the street in its two videos, beginning with last night's Flint Water Crisis: Charges Dropped.


WXYZ captured the desire for justice from both expert observers and the people affected, which included the possibility that charges will likely be refiled and the resulting cases will be stronger.

Similar reactions from new interviewees and more, including an indignant one from one of the activists in Flint, appeared in this morning's Michigan AG's office drops Flint Water Crisis charges, pending further investigation.

The Michigan Attorney General's office announced Thursday that they have dismissed all pending criminal cases connected to the Flint Water Crisis that were brought by the former Office of Special Counsel.

The quote from Former Attorney General Bill Schuette reminds me that I was very cynical about how he handled this case and still think Dana Nessel's more direct approach is a necessary improvement.

Speaking of Nessel, her office was quoted by Fox 47 in Investigators to Hold Town Hall in Flint.

The attorney general says her office will not respond further on the investigation until prosecutors speak directly to the people of Flint.

I'm looking forward to hearing and reading more on this investigation at the end of the month.  Until then, this news just reinforces my observation that "The wheels of justice are grinding slowly in this case, but I expect they will indeed grind exceedingly fine."  If anything, they're grinding even slower than I expected, but also much finer.

In the meantime, stay tuned for my follow up Democratic presidential candidates from left to center from Voteview tomorrow.
Posted by Pinku-Sensei at 7:11 PM