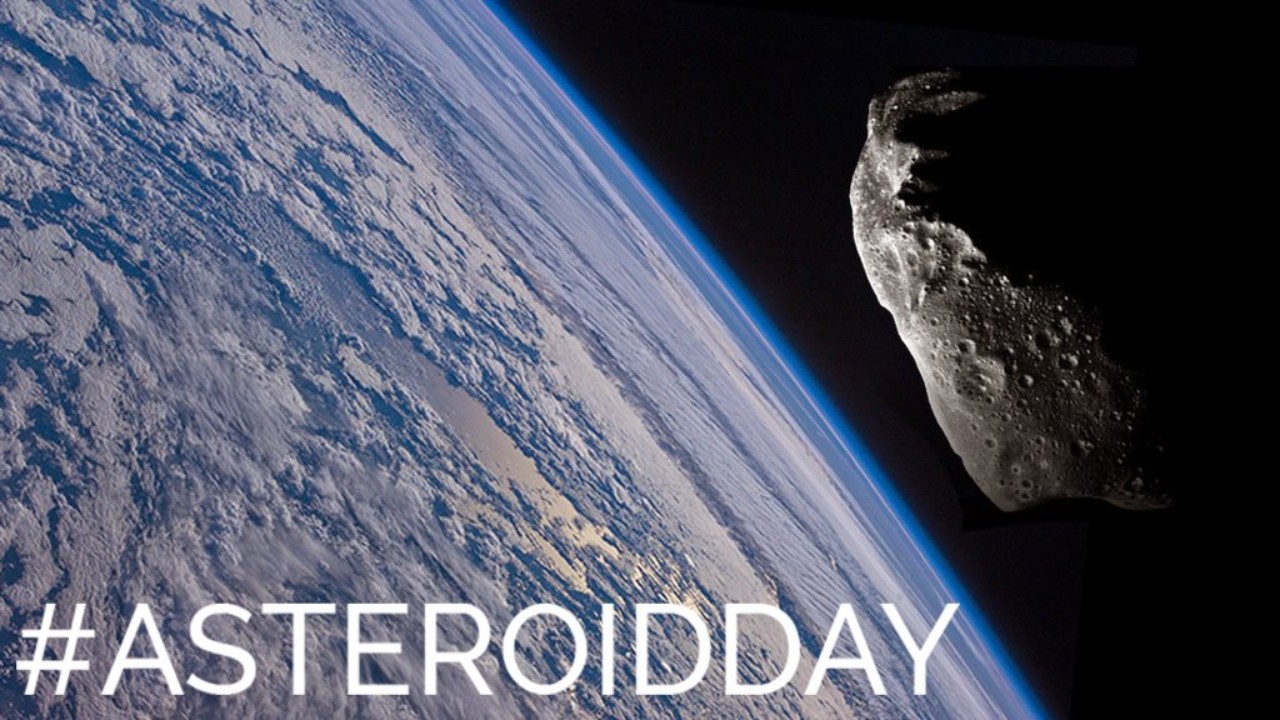 Happy International Asteroid Day!  To celebrate the event, which I see as the younger but more established version of Apophis Day, I'm sharing two videos about an exercise NASA and other governmental agencies participated in last month called the Planetary Defense Conference Exercise.  CBS Evening News reported How NASA plans to keep an asteroid from hitting Earth as the conference began.

It's unlikely a large asteroid would come speeding toward Earth. But NASA is preparing just in case. Chip Reid explains.

CBS gave a good overview.  Wired went into more depth at the end of the exercise in How Scientists Are Preparing Earth for an Incoming Asteroid.

Some of the world's best scientists are running drills to practice for a near earth object collision. WIRED's Robbie Gonzalez spoke with Cathy Plesko from the Los Alamos National Laboratory, to find out how we would respond to an incoming collision. Would nuclear detonations work? What does a "City Killer" look like? Would impact in the water be worse than impact on land? Find out more from Plesko.

Plesko mentioned Apophis, which will return twice on April 13 in 2029 and 2036.  That's why I call April 13 Apophis Day.  Asteroid Day commemorates an asteroid impact that happened more than 100 years ago.  The Times of India explains in Tunguska event, 1908: Why Asteroid Day is observed on June 30?

The Tunguska event was a large explosion that occurred near the Podkamennaya Tunguska River in Yeniseysk Governorate (now Krasnoyarsk Krai), Russia, on the morning of 30 June 1908. This explosion took place over thinly populated Eastern Siberian Taiga in 2,000 square kilometres (770 square miles) of forest. The explosion is generally credited to the air burst of the meteor. The Tunguska event is the largest impact event on Earth in recorded history. The estimates of the energy of the air burst range from 10–15 megatons of TNT to 30 megatons of TNT. The 15-megaton (Mt) estimate represents an energy about 1,000 times greater than that of the atomic bomb dropped on Hiroshima, Japan in 1945.

Note that the explosive power of the impact that the Planetary Defense Conference was trying to protect Earth from is in the same range as the Tunguska event.  I don't think that's a coincidence.

That's it for June.  Stay tuned for a celebration of Canada Day.
Posted by Pinku-Sensei at 10:46 AM