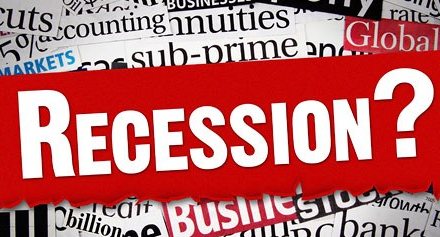 Last week, I reported tariffs how Chinese goods will reduce GDP and cause inflation.  Yesterday, the alarm bells rang louder, as CNBC reported yesterday Experts warn of 'high' chance of a recession by 2020.

CNBC's Steve Liesman reports on new warnings from experts that call for a high risk of a recession by the end of 2020 and increased chances for multiple interest rate cuts from the Federal Reserve.

"Increased trade protectionism is considered the primary downwide risk to growth by a majority of the respondents," Gregory Daco, chief US economist for Oxford Economics, said in a statement. The report found what it called a "surge" in recession fears among the economists.

Gregory Daco is the same economist CNBC had on its panel last week.  At least this time he's not alone, as he was one of 53 business economists surveyed.

According to the survey, the median forecast for gross domestic product growth in the last quarter of 2020 was 1.9%. That would be a big drop from the most recent estimate of current US economic growth — 3.1% in the first three months of 2019.

I'm going to repeat two points.  One, "when I wrote 'trade, which I haven't written enough about, is likely to be straw that breaks the camel's back of the economic expansion and that a recession is inevitable,' first in I wrote about the yield curve inverting and sending another recession signal and again in MSNBC's 'Morning Joe' and CNBC's 'Fast Money' expound on the U.S.-China trade war and its fallout, that's the kind of effect I was expecting."  Two, "I've been bearish and on recession watch since December 2017 and still stand behind the prediction I made in Ten years ago, we were partying like it was 1929. Are we about to do it again?...'I'm moving my recession call to between July and December 2019.'"  If that happens, it will be closer to December than July, which is only a month away, but I will not revise my forecast until October at the earliest.  I'm even more confident that a recession is coming, even if it takes a bit longer than I expect.
Posted by Pinku-Sensei at 8:07 AM