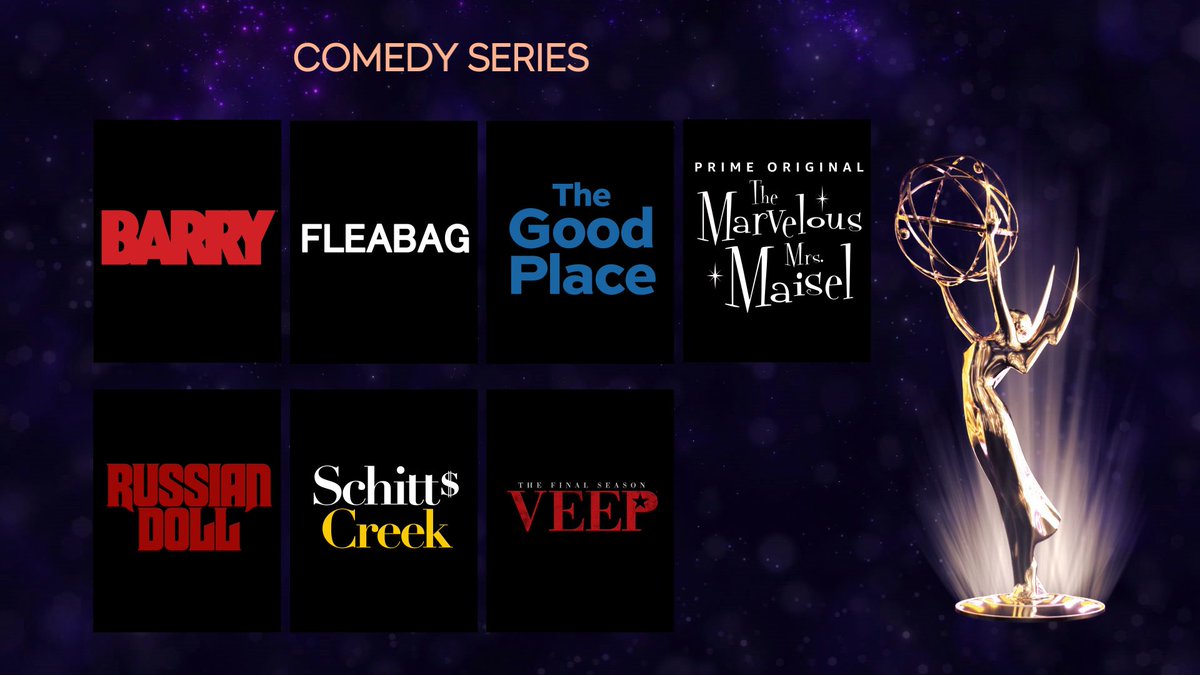 "Stay tuned," I told my readers at the end of Outstanding Drama Series Emmy nominees examine politics and family dynamics as "I should have one more nomination post for comedies."  Since the awards will be given out tonight, I have only a few hours to write this post, so here goes.

Before I add any original commentary on this category, I will be a good environmentalist and recycle what I wrote about it in Nine Emmy nominations for 'Veep' on National Veep Day.

Comedy series have nearly as many top-nominated shows as limited series, as the following infographic demonstrates. 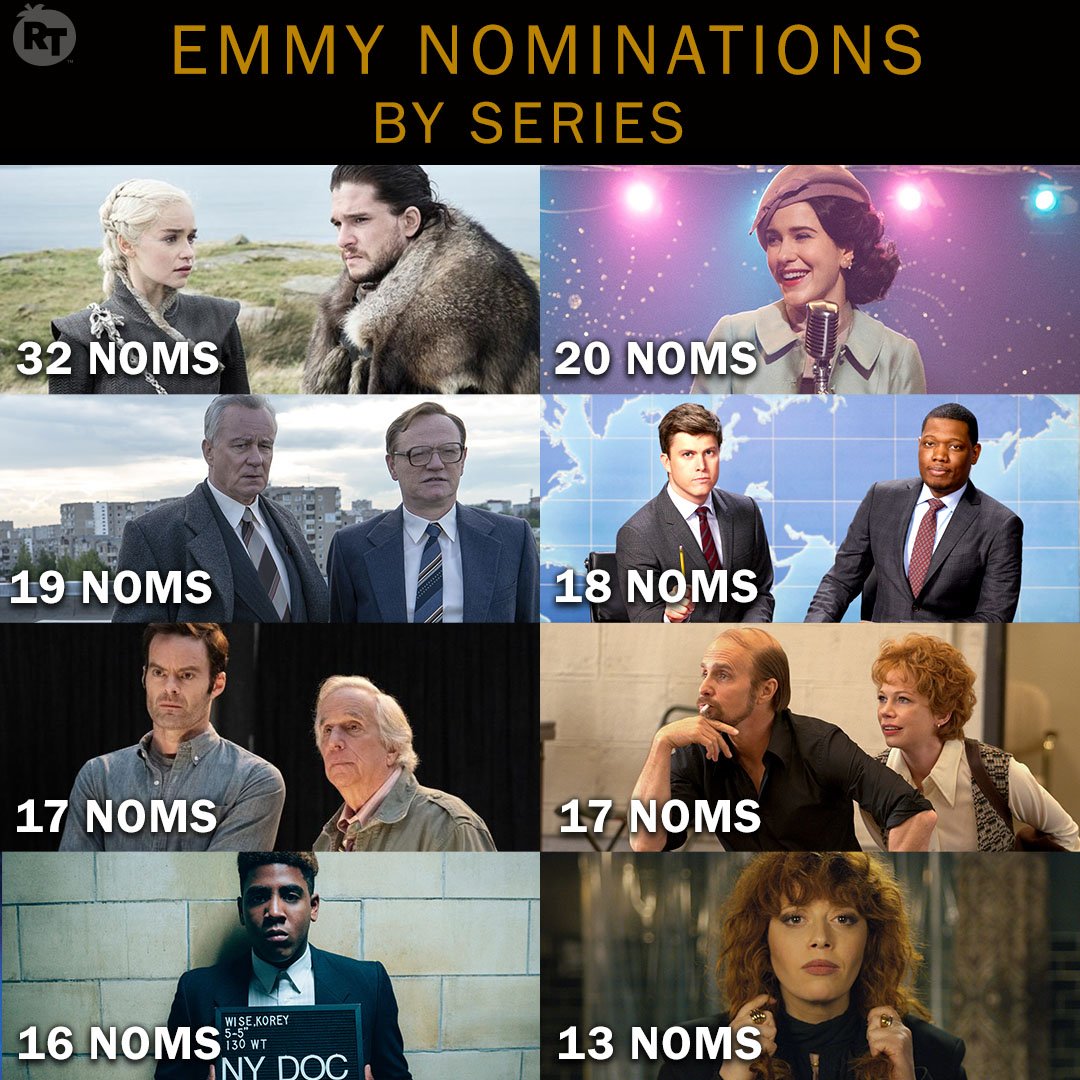 Too bad, as my other favorite comedies besides "The Marvelous Mrs. Maisel", "Veep" and "The Good Place," do not look like they have good chances of winning.  The final season of "Veep" will have to be content with its Golden Coffee Cup for Best Comedy Series about Politics and Government while "The Good Place" will need to be satisfied with its Hugo Award.  I'm not even sure the Golden Globes will deliver for either; they were the first to jump on the bandwagon for "The Marvelous Mrs. Maisel" and might prefer "Fleabag" or "Schitt's Creek" over either.

Speaking of "Schitt's Creek," it is the other comedy that covers politics and government besides "Veep," albeit on a much smaller scale, a small Canadian town, where the Mayor is a supporting character, not the federal government of the U.S. where a once and future President is the title character.  Political figures make cameos in "The Marvelous Mrs. Maisel" but the show primarily makes social points while examining family dynamics.

Now for the acting nominees, beginning with 71st Nominees: Outstanding Lead Actor in a Comedy Series.

Next, 71st Nominees: Outstanding Lead Actress in a Comedy Series.

Continuing on with 71st Emmy Nominees: Outstanding Supporting Actor in a Comedy Series.


Alex Borstein won this award last year for "The Marvelous Mrs. Maisel," so I think she's the favorite.  However, I'm not as confident about that as I was last year because she's up against an Oscar winner in Olivia Colman who surprised me by winning for her role in "The Favourite."  In addition, the vote for "The Marvelous Mrs. Maisel" might be split with Marin Hinkle, which could decrease Borstein's odds even more.


Outstanding Directing for a Comedy Series


Outstanding Writing for a Comedy Series

Follow over the jump for the awards already won by comedy series at the Creative Arts Emmy Awards.

Now, as promised, Anti-Depressants Are So Not A Big Deal - feat. Michael Hyatt - "Crazy Ex-Girlfriend."

Wow!  Was that ever a fun song about a serious subject!

With that, I'm done with the nominees for the Primetime Emmy Awards.  Stay tuned for an entry about the Autumnal Equinox and maybe one about the Oscar nominees at the News & Documentary Emmy Awards.  Enjoy tonight's ceremony!