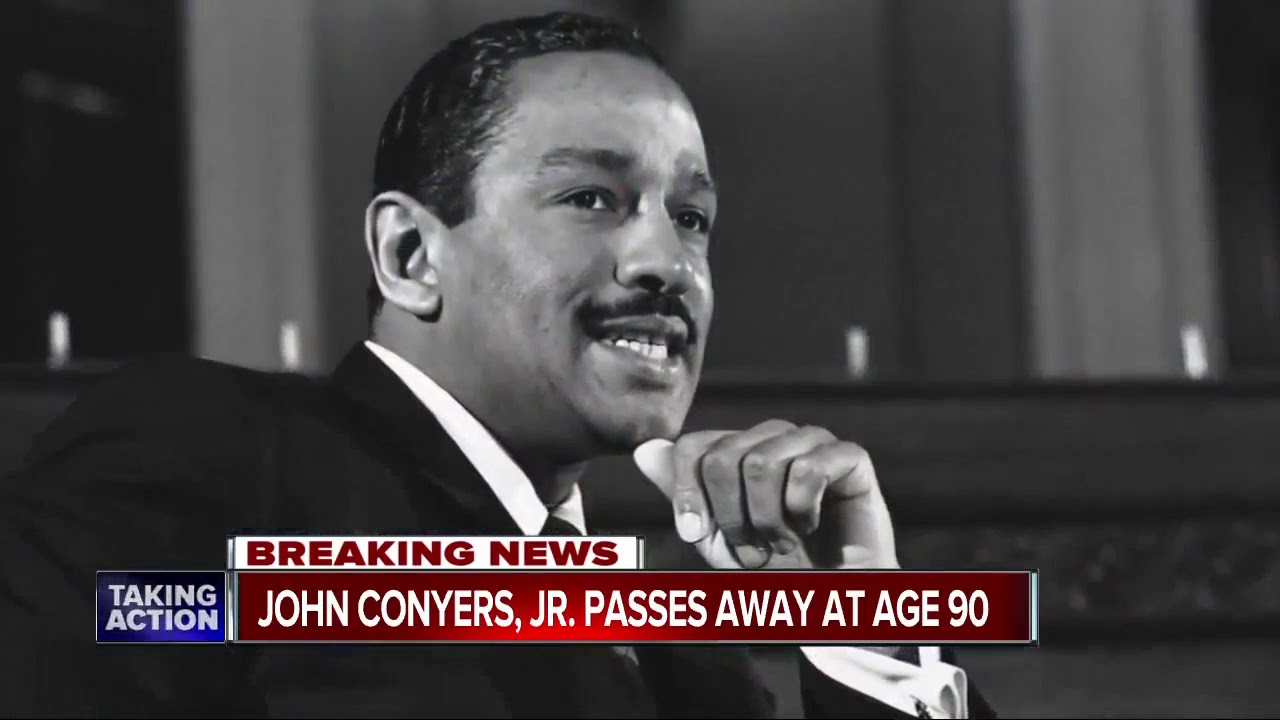 I was planning on "writing an updated version of We interrupt your regularly scheduled program for the death of Abu Bakr al-Baghdadi," but something else happened last night that I'd rather write about first, the death of John Conyers.  WDIV eulogized him in Obituary for longtime Michigan Congressman John Conyers Jr.

Farewell, Congressman.  May you find peace with Elijah Cummings, who was a friend of Flint.
Posted by Pinku-Sensei at 9:18 AM