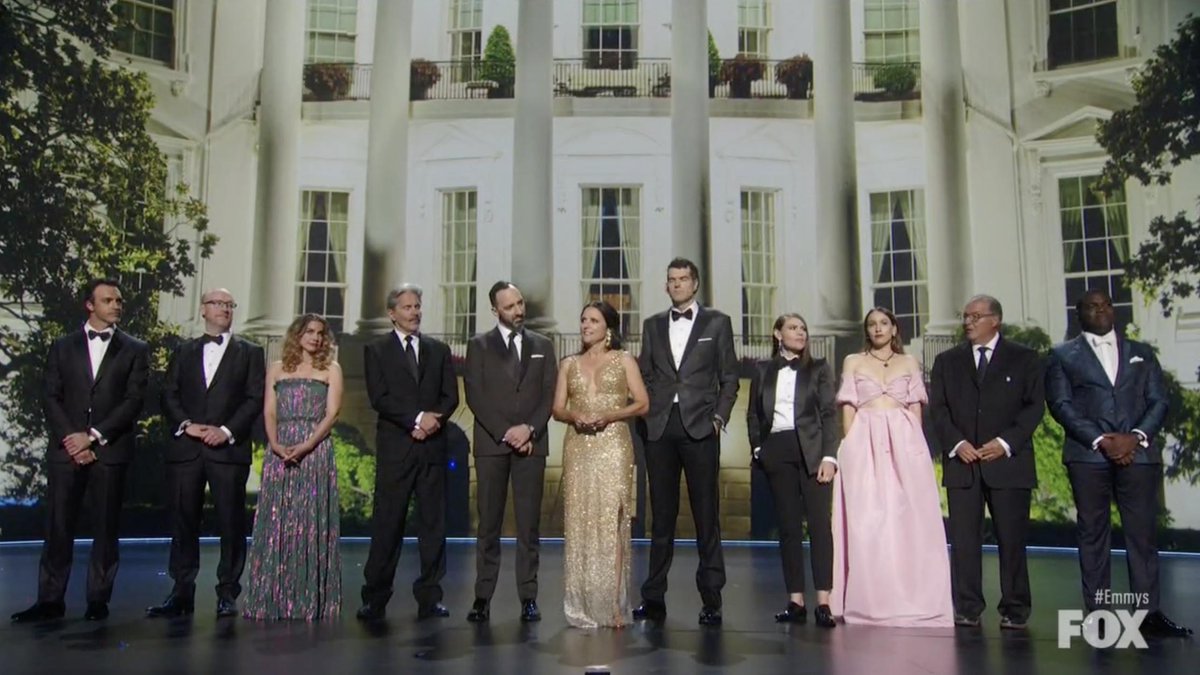 Speaking of big winners, "Game of Thrones" took home the most Emmy Awards with a full dozen.  I'll see if I can manage to write up its wins as well as those of the other dramas tomorrow.  Stay tuned.

That was the plan I announced yesterday to conclude 'Chernobyl' dominates Limited Series with ten Emmy Awards.  However, I meant it when I wrote "I'll see if I can manage" to follow through; there was always a possibility I wasn't up for it for one reason or another.  So it shouldn't surprise my readers that I decided I would rather tackle "Veep" and the other Outstanding Comedy Series nominees today and save the Outstanding Drama Series nominees tomorrow for a big finish to the series.  At least I'm blogging about the Emmy Awards.

I begin by noting that the Emmy Awards paid tribute to "Veep" with a montage of the funniest scenes followed by a skit featuring the actors in character on last time.

The Emmys says farewell to the VEEP.

Yes, the bit doubled as the lead-in for an award.  That's what happens when an awards show has no host.

Before the show, Julia Louis-Dreyfus talked about the end Of Veep on the red carpet and admitted she was nervous.

Julia Louis-Dreyfus talks about ending Veep and what's to come.

She was right to be nervous; neither she nor the rest of the cast and its writers won a single award.  I wasn't surprised.  I wrote "The final season of "Veep" will have to be content with its Golden Coffee Cup for Best Comedy Series about Politics and Government."  That was premature.  "Veep" won for its sixth season; its final season will be eligible for the next awards, as I noted in August.

In this category, both the professionals and the Coffee Party's volunteers agreed; "Veep" was the best political comedy of 2017.  It will be around to defend its award in the next round, as the show's final season is eligible for 2018-2019, just as it is for this year's Emmy Awards.  Its toughest competition will probably be "Brooklyn Nine-Nine" — all of our volunteers have NBC, but not all watch HBO.

It might be the final award for the show proper should it win (the actors and others may have better chances at individual awards).  As I wrote in September, "I'm not even sure the Golden Globes will deliver for ['Veep' and 'The Good Place']; they were the first to jump on the bandwagon for 'The Marvelous Mrs. Maisel' and might prefer 'Fleabag' or 'Schitt's Creek' over either."

One last time, farewell to "Veep."  Follow over the jump for the winners. 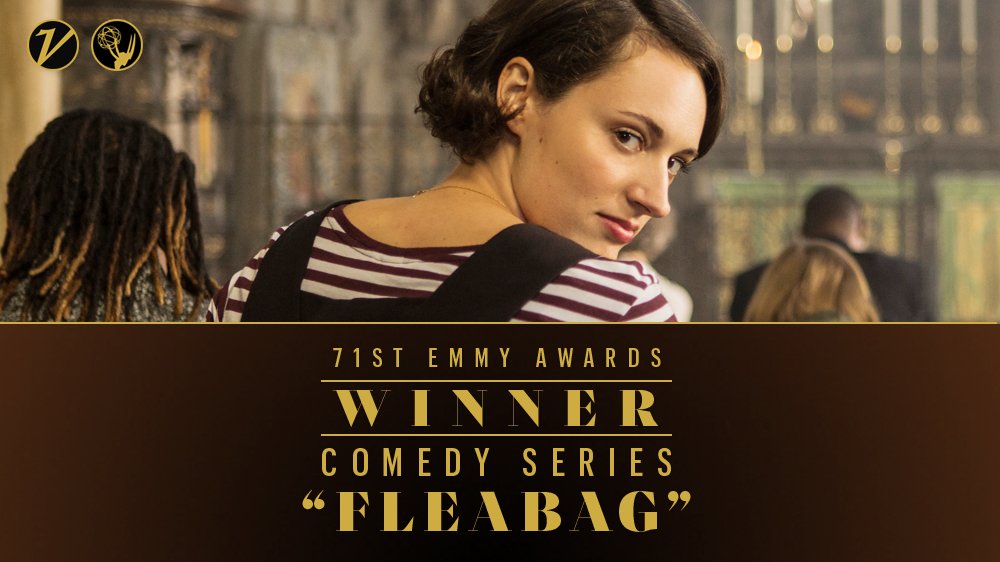 When I reviewed the comedy nominees, I handicapped Outstanding Comedy Series by observing "The matchup really is between 'The Marvelous Mrs. Maisel' and 'Barry' with 'Fleabag' as the likely spoiler, as it won Outstanding Achievement in Comedy at the Television Critics Association Awards while 'The Marvelous Mrs. Maisel' was not even nominated."  I was right about "Fleabag" being the spoiler; it won.

It was the Primetime Emmy Awards, and it was a night of surprises—like Fleabag‘s win for Best Comedy Series, and the total shutout for perennial favorite Veep...the wins by Fleabag put Amazon Prime Video into the race in a big way—it wound up taking 15 wins total over the three evenings.

Again, I was right to consider Waller-Bridge as the spoiler, as she won.  The same thing happened in the next category.

I guess I called that one.  I didn't fare so well handicapping the fourth category "Fleabag" won.

I was wrong; "Fleabag" came as a complete surprise.  Just the same, congratulations to "Fleabag" for its six Emmy Awards.

I did much better with Bill Hader winning Outstanding Lead Actor in a Comedy Series for Barry.

Congratulations to Hader for repeating. 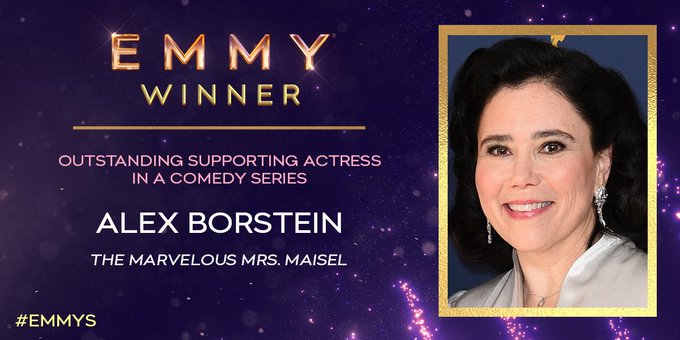 I also called Outstanding Supporting Actress in a Comedy Series.

Alex Borstein won this award last year for "The Marvelous Mrs. Maisel," so I think she's the favorite.  However, I'm not as confident about that as I was last year because she's up against an Oscar winner in Olivia Colman who surprised me by winning for her role in "The Favourite."  In addition, the vote for "The Marvelous Mrs. Maisel" might be split with Marin Hinkle, which could decrease Borstein's odds even more.

Congratulations to Borstein for repeating and for providing one of the great quotes of the evening. 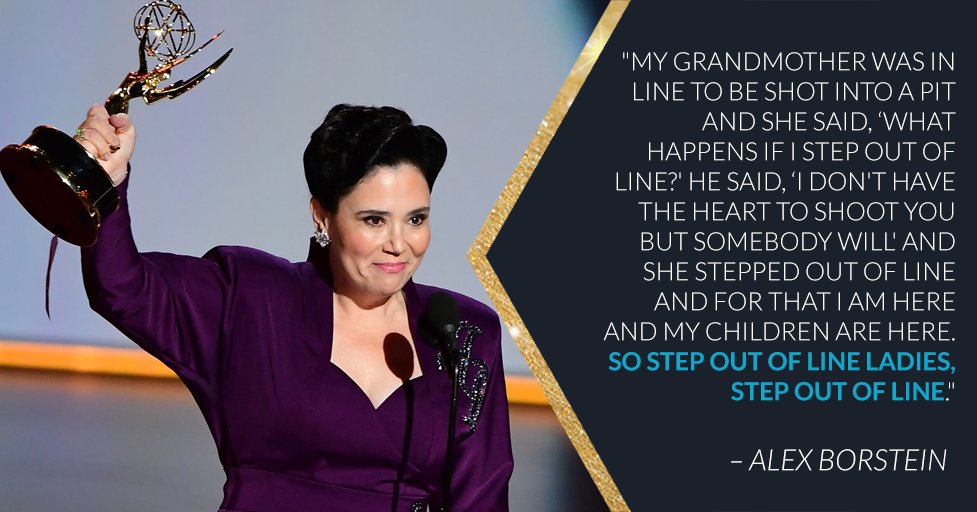 "Step out of line" indeed. 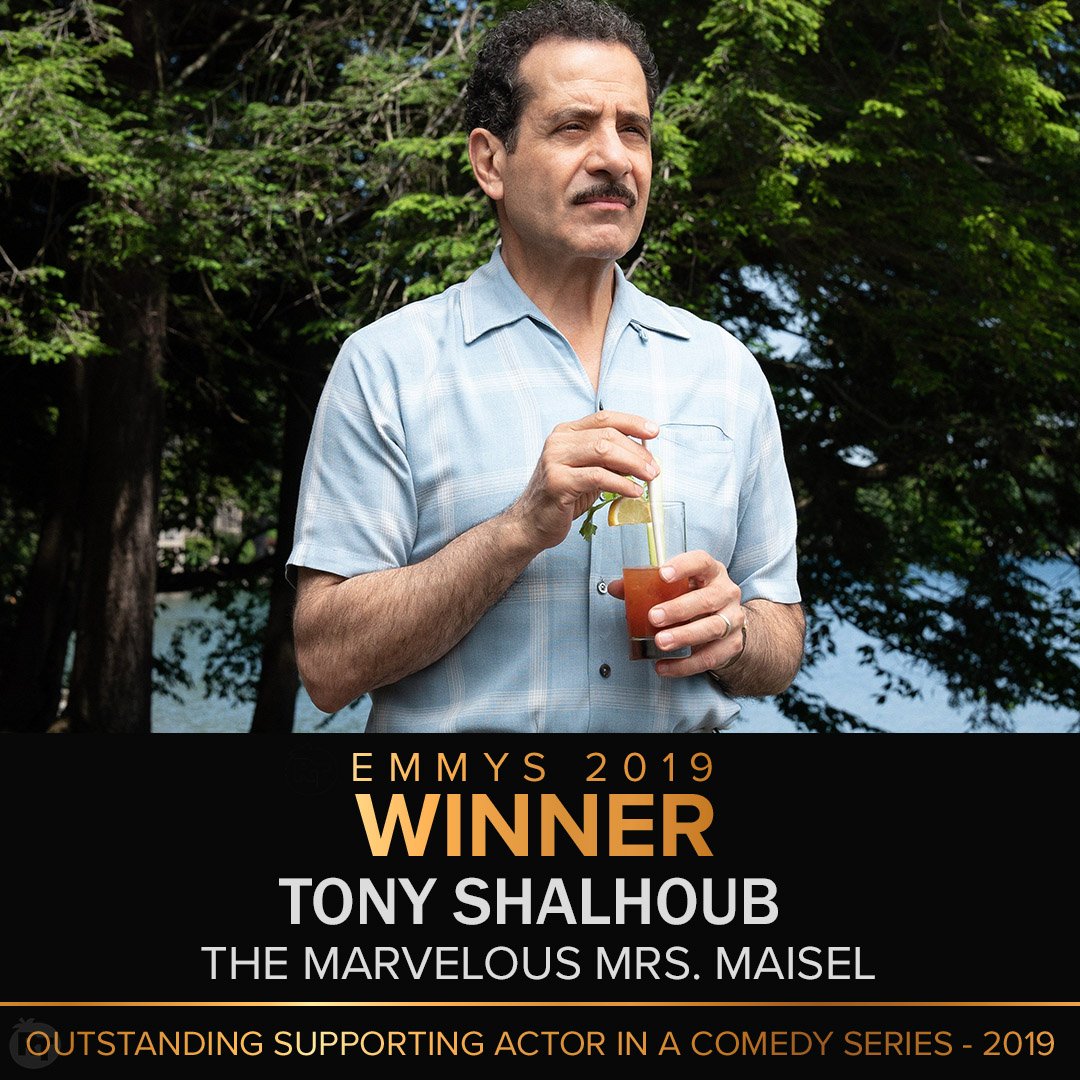 While I didn't call Outstanding Supporting Actor in a Comedy Series, I wasn't surprised.

Congratulations to Tony Shalhoub.  He, Borstein, Luke Kirby, and Jane Lynch won four of the six acting awards for comedy this year.

Finally, here are the awards already won by comedy series at the Creative Arts Emmy Awards.

That's it for comedy at the Emmy Awards.  Drama tomorrow.  Stay tuned.