Drink to 2018 Oregon Crusaders 'Redrum' for a drum corps Halloween 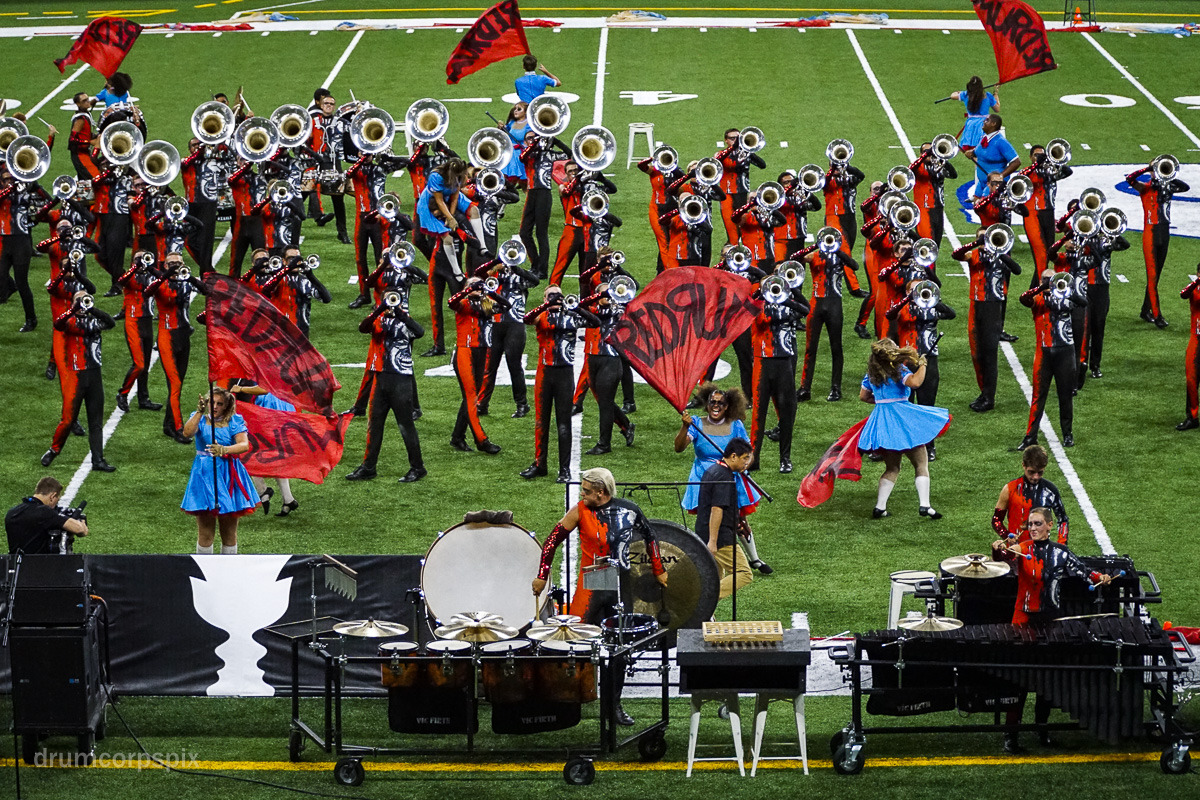 A Happy drum corps Halloween!  For the program that best exemplifies the spirit of the season, I'm sharing 2018 Oregon Crusaders "REDRUM" from Drum Corps International (DCI), which brings "The Shining" to a football field.  Watch the show concept announcement video from DCI: Here's Oregon!

Oregon Crusaders' 2018 production, "REDRUM" will draw its inspiration from the 1980 horror film, "The Shining"

The following is the part of the repertoire that the corps is playing in this clip.

I recognize this piece because I played it in the Anaheim Kingsmen in 1978, as I noted in Talk like a Pirate (of the Caribbean) Day to musical accompaniment.  Some pieces of music never go out of fashion.

The above performance was from championship week.  Here is the full show from the Friends and Family performance before tour, which opens with "Dies Irae."


Here is the rest of the repertoire.

Of course, this wouldn't be a holiday video of mine without a drink recipe.  While Tipsy Bartender has lots of Halloween drinks, they don't seem to have a good one for "The Shining."  Besides, Skyy John hasn't been posting any this year.  However, Secret of the Booze has the perfect drink for today's entry, Red Rum: "The Shining" Inspired Cocktail.

All work and no play makes Jack a dull boy.  That's why I can't be all DOOM all the time.

That's it for October.  I'll see all my readers again tomorrow when it's All Soul's Day AKA the Day of the Dead.  Stay tuned.
Posted by Pinku-Sensei at 9:09 AM