Vox explains how America's wilderness is for sale 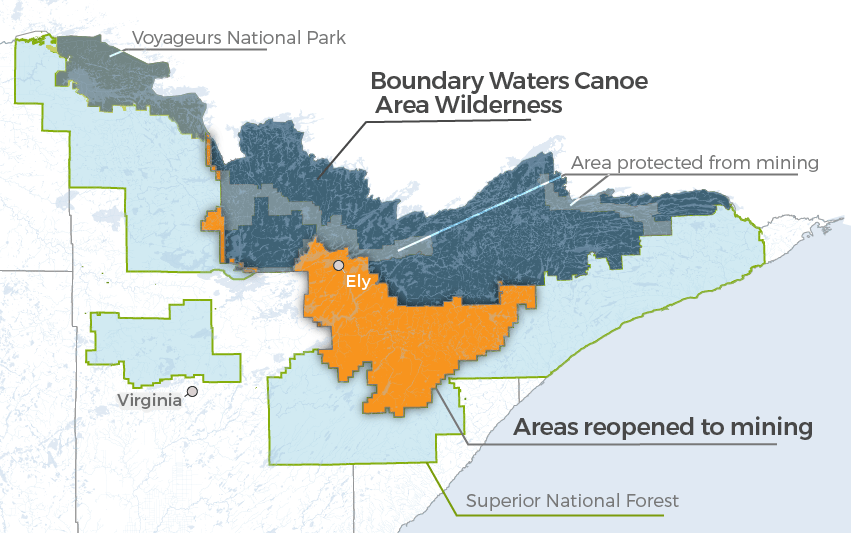 A month ago, I examined one facet of the current administration's environmental policy in Vox uses wolves to explain a shortcoming of the Endangered Species Act.  Today, I revisit one of the motivations behind the downsizing of two national monuments in Utah and similar actions using Vox's America's wilderness is for sale.

We need more copper. Is it worth destroying this place?
...
The Trump administration has opened up America's public lands to mining and fossil fuel companies on an unprecedented scale, lifting decades-long protections from millions of acres of wilderness across the country. In Minnesota, one proposed copper mine is pitting neighbors against each other as they weigh the benefits of new mining jobs against the environmental consequences of a new mines. It’s an old American debate that’s been further complicated here by an unforgiving reality: We need copper, and there are not that many places to get it.

As the video points out, mining is not a long-term basis for a local economy.  It leads to boom towns that become ghost towns.  On the other hand, ecotourism leads to sustainable, if low-paying, jobs.  As someone who worked as a Park Naturalist during summer 1986, I can relate to this situation.  Despite the low pay, it was my second- or third-favorite job behind my current job and maybe being a tour guide at Pre-Historic Forest.  On the other hand, the only way I would have worked for a mining company would have been as a geologist, not a miner, despite the higher pay — too dirty and dangerous.  It was safer working on the L.A. subway.
Posted by Pinku-Sensei at 5:33 PM