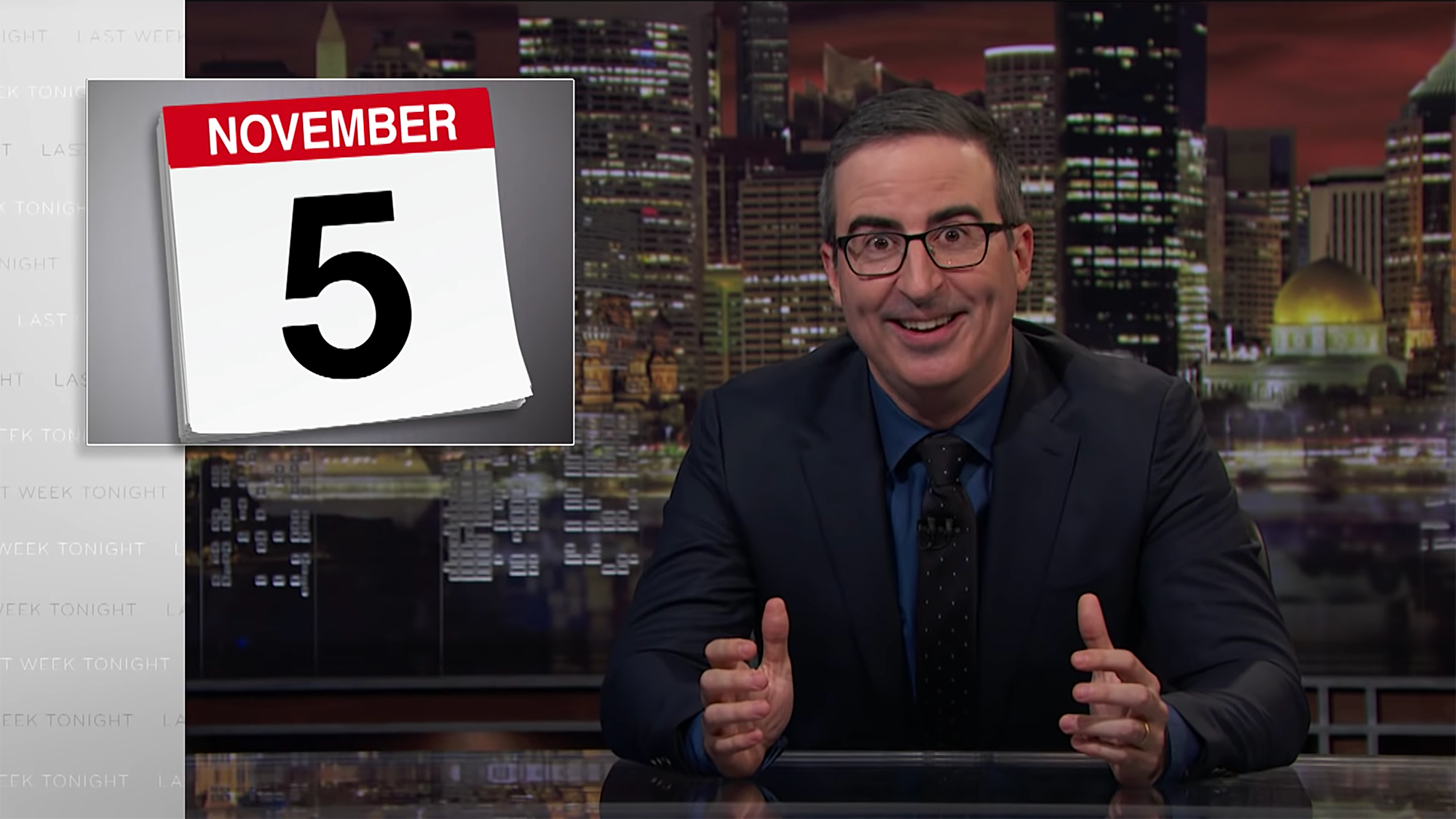 It's Election Day across most of the U.S. as well as being Guy Fawkes Day.  To mark the occasion, I am sharing a video of one of my favorite British ex-pats (now an American) on television.  Watch Last Week Tonight with John Oliver on Voting Machines.

John Oliver discusses how voting machines work, how they don’t, and how we can fix them.

That voting machines are vulnerable is not news to me or my long-time readers, as I posted Vox and ProPublica rickroll America's old voting machines last year, which became the eighth most read entry of the eighth year of the blog.  Neither is it news that the problem still exists.  Sigh.

Just the same, those of you with elections in your area, go vote.  I already did, thanks to no-excuses absentee voting, which passed last year in Michigan, along with automatic voter registration when renewing driver's licenses, same day voter registration, and the return of straight-ticket voting.  Democracy!

I plan on returning tomorrow with election results.  Stay tuned.
Posted by Pinku-Sensei at 8:43 AM