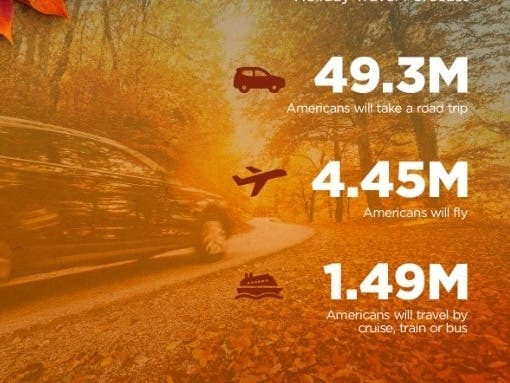 Both Pearl and Snow Bear have rolled over another 1,000 miles on their odometers, so it's time for an American Thanksgiving travel report.*

I begin with CBS This Morning reporting More than 49 million Americans hitting the road for Thanksgiving travel.

Giant Thanksgiving storms are pummeling roads across the U.S. and snarling travel plans. Kris Van Cleave is about to do what more than 49 million Americans are doing: loading up the car and hitting the road.

While the bulk of Americans traveling for our Thanksgiving are driving, millions more are flying, which is why 13 WMAZ in Macon, Georgia reported AAA: 54 million people traveling this week for Thanksgiving.

The AAA said more than 54 million people are hitting the road this week for Thanksgiving. One of the worst times to travel will be Wednesday afternoon and evening.

I included this video as much for the mention of gas prices, which are slightly higher overall in the U.S. than this time last year but still falling, as I did for the expected total number of Americans traveling, not just driving.

For the situation for flyers, WDIV in Detroit reported on the Thanksgiving travel rush underway at Detroit Metro Airport (DTW).  Of course I had to include a Detroit angle on this story; this is a Detroit-based blog.

It's always one of the busiest days at the airport.

Like all the rest of the clips, the anchors and reporters are trying to have some fun with the situation.  I just hope their viewers enjoy it as much as the TV personalities seem to.

Follow over the jump for my personal driving update.

The Department of Transportation's Federal Highway Commission has released the latest report on Traffic Volume Trends, data through September.

Here is a chart that illustrates this data series from its inception in 1971. It illustrates the "Moving 12-Month Total on ALL Roads," as the DOT terms it. As we can readily see, the Great Recession had a substantial impact on our driving habits, but have bounced back since. 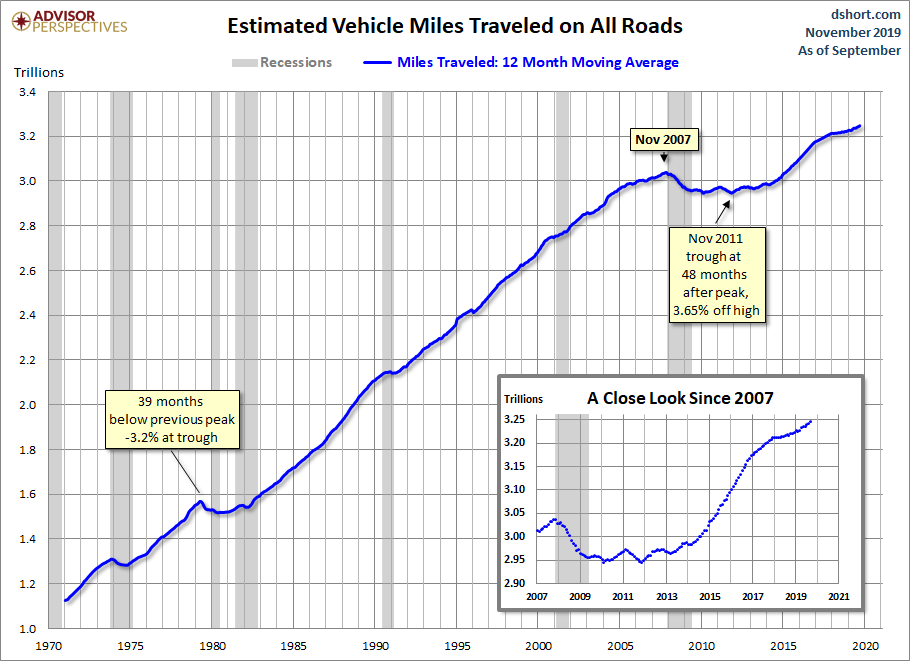 That's it for the driving update.  I wish safe travels to all my readers and a Happy Thanksgiving!

*I also celebrate Canadian Thanksgiving, so I make the distinction.

**Yes, I have been delaying this report until I could tie it into something bigger like Thanksgiving travel.  I just wasn't feeling it otherwise.