He hardly left a mark; Sanford drops out

I finally got around to mentioning former South Carolina Governor and U.S. Representative Mark Sanford in '2020: Race to Save the Planet' features nine candidates on climate change a few days ago, along with former Congressman Joe Walsh and former Governor Bill Weld, which reminded me that I should do for them what I did for the Democratic candidates, examine their ideologies using Voteview and On The Issues.  Unfortunately, I'm already too late for Sanford, who announced he was no longer running.  Watch Newsy's Mark Sanford drops out of 2020 presidential race.

NBC News quoted much of Sanford's statement outlining his reasons.

"I am suspending my race for the presidency because impeachment has made my goal of making the debt, deficit and spending issue a part of this presidential debate impossible right now," Sanford said in a statement. "From Day One, I was fully aware of how hard it would be to elevate these issues with a sitting president of my own party ignoring them. Impeachment noise has moved what was hard to herculean as nearly everything in Republican Party politics is currently viewed through the prism of impeachment."

Speaking in New Hampshire, Sanford said he planned to file for the state's Republican primary this week but opted against doing so because "all of the oxygen is leaving the room in terms of meaningful debate whether Republican or Democrat, but particularly on the Republican side, on what comes next in our country on a whole host of issues."

Sanford added that you have "got to be a realist" about a presidential bid.

"And what I did not anticipate is an impeachment," he said. "There have been two of them in the history of our country. You know, Nancy Pelosi, who's a skillful political practitioner, had laid out her cards very carefully, saying, 'I'm not going to do an impeachment.' She was there in the ’90s, when I was there for the last impeachment. But Ukraine came, and here we are."

At first, I thought he was trying to blame the Democrats for his dropping out; instead, he placed more blame on the Republicans than the Democrats for the response to impeachment and gave the Democrats, particularly Nancy Pelosi, some credit for attempting restraint before Trump forced their hands.  At least that's different from running out of money or not getting the polls to make the next debate, which were among the reasons why all the Democrats dropped out.  I have to give him some credit for originality.

While I never got around to suggesting any drink recipes or making memes showing his ideological position, I'll make do with what I already had on hand.  Follow over the jump.

For drinks, I'll be a good environmentalist and recycle my suggestions for Lindsey Graham since both are from South Carolina.

Country Living has a much better one from his home state. 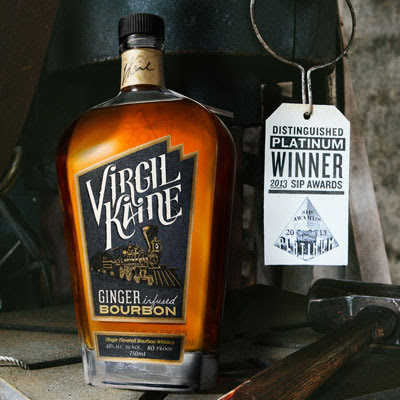 If one wants soft drinks, there's the South Carolina Foghorn Leghorn and Blenhiem Ginger Ale, although finding the second may be difficult in most places.

The smoky sweetness of maple syrup pairs perfectly with the oaky bourbon and mint, in this quintessential cool weather cocktail.

Unfortunately, there is no recipe and the product is currently out of stock.  Darn.

As for his ideological scores, Voteview shows that he left Congress with a first-dimension DW-NOMINATE score of 0.686, which was more conservative than 91% of Republicans in the House at the time.  On The Issues, which hasn't yet moved him from active to withdrawn at the time I'm typing this, gives him an economic score of 68 and a social score of 35 and classifies him as a Moderate Conservative.  Now I wish I had tracked his ideological scores earlier, as I recall Sanford being listed as a Hard-Core Conservative a few months ago.  Apparently, he had been running to the center as he campaigned.  Oh, well, it no longer matters.  If I do the same for Trump, Walsh, and Weld, I won't have to worry about Sanford.  He hardly left a mark.