Company Man recounts the rise and fall of Pier 1 Imports, a tale of the Retail Apocalypse 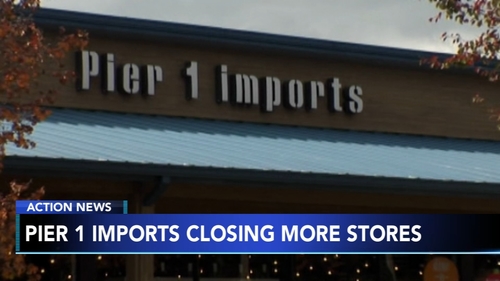 I'm sure my frequent readers were wondering how long I would get into 2020 without posting a tale, of the Retail Apocalypse.  The answer is eighteen days, twenty since the last installment.  What finally prompted me to pay return to this story after three weeks of Iran, impeachment, Democratic primary, and awards shows was Company Man posting The Decline of Pier 1 Imports...What Happened?, which updates Pier 1 Imports closing stores, a tale of the Retail Apocalypse from last October.

Things aren't looking good for Pier 1 Imports. This video talks about the past, present, and future of the company.

The company's situation looks much worse than it appeared in September, when International Business Times reported Pier 1 would close more than 140 locations.  As the video above recounts, the number is now 450, nearly half of the chain's 936 stores as of the beginning of this year.  That doesn't even include the store nearest me, which had already closed in May.  Fortunately, it didn't leave too long a gap in the space having as tenant, as I mentioned in a comment to the video that told me the news.

I drove past the store this week and found that the Pier 1 has been replaced by an Ulta while a Spirit Halloween is occupying the Office Depot space.  The Ulta facade has a new paint job and possibly other updates behind the new sign, while one can see the label scar behind the Spirit Halloween banner.

I haven't seen what, if anything, has replaced the Spirit Halloween store, but at least Ulta is still there.

As a final comment on the video, I'm glad Company Man mentioned both Home Goods and Ikea as competitors as well as Pier 1's short-sighted decision to close its online store and its strategic blunder not marketing to younger buyers.  As I pointed out about Forever 21, "the chain's own errors contributed to their misfortune; that's the case with most of the casualties of the Retail Apocalypse."

That's it for today's installment of tales of the Retail Apocalypse.  Stay tuned for the Sunday entertainment feature followed by MLK Day.
Posted by Pinku-Sensei at 5:52 PM