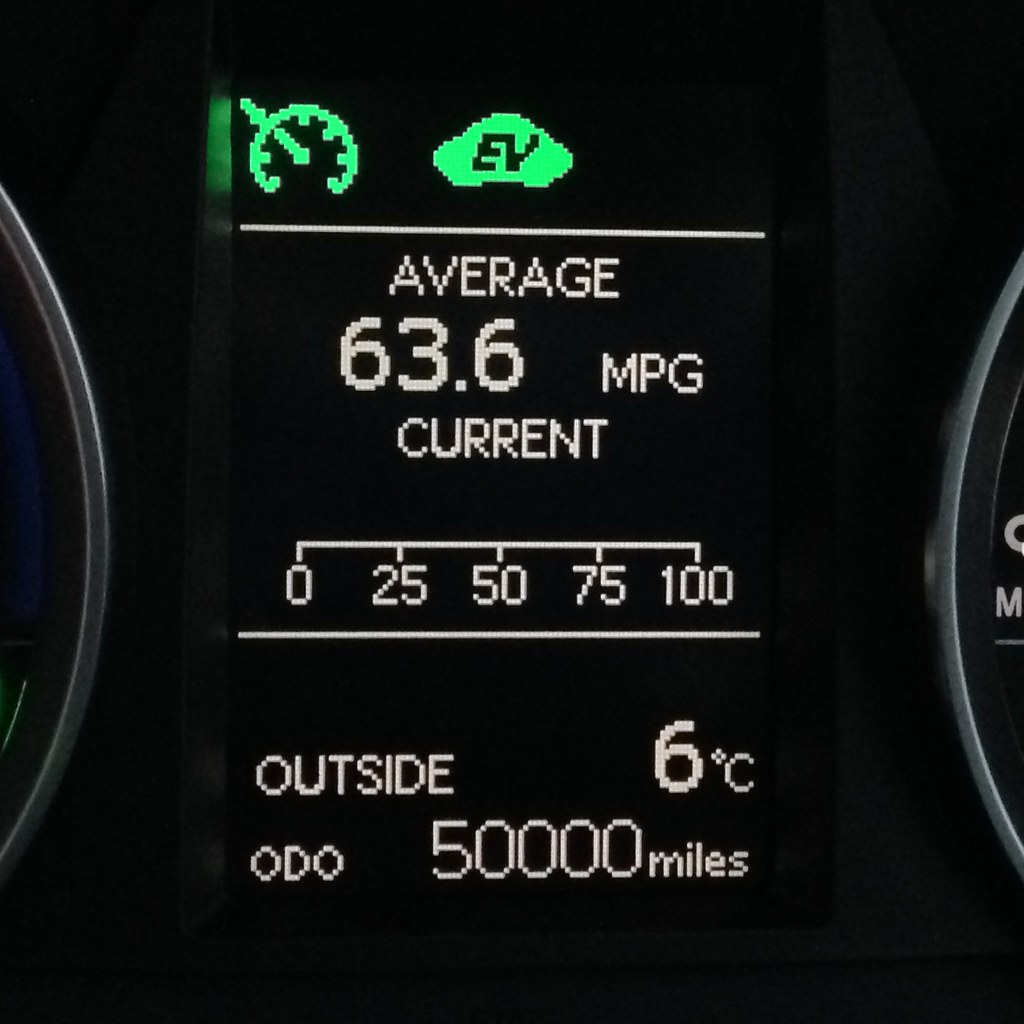 I never thought I'd drive so few miles again in my new, car-dependent neighborhood, but here I am.  I'm crediting it to having my car out of commission for two weeks because of a dead battery, which might show up when I next report on Snow Bear this summer, and then having a four week break between semesters were two reasons that won't likely repeat while I'm driving Pearl.  Otherwise, I might have driven her closer to 13.33 miles per day, 406.67 miles per standard month, and 4866.7 miles per year, like I did during the comparable period last year.  That's still low.

Enough of this driving update that is only a driving update, something I haven't done in years.  I'm sure I'll return to "The Worst Wing" tomorrow, unless an even shinier object catches my eye first.  Yeah, right.
Posted by Pinku-Sensei at 9:23 AM