Mythology, horror and fantasy among show themes for the 2018 drum corps season 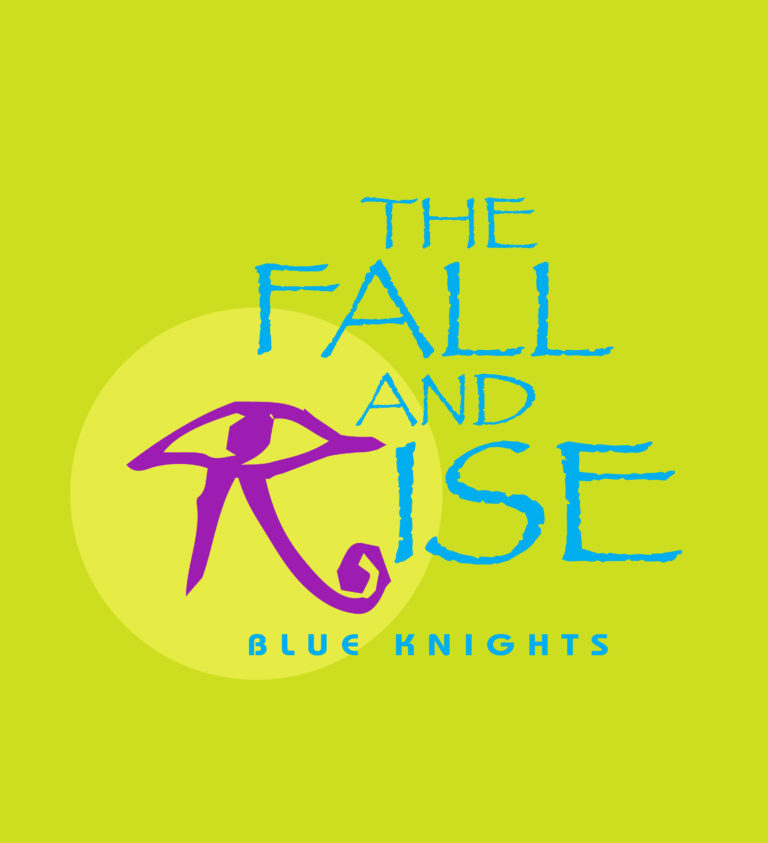 DCI held the first contest of the 2018 competitive drum corps season last night in Detroit, which is why I told my readers yesterday to "stay tuned for an entry about drum corps shows with speculative fiction themes" today.*  On with the post!

At first glance this year's junior drum corps programs did not seem to include as many shows with speculative fiction themes or elements as last year, when I identified nine shows with science fiction, fantasy, or horror motifs at the time and then added a tenth.  In particular, I didn't see any shows with strong science fiction themes, although there are a few programs with science fiction elements.  Closer examination of the show themes and repertoires showed that there are at least ten shows with speculative fiction elements — in particular, mythology, fantasy, and horror all have strong representatives — and there may be as many as thirteen.

I begin with Blue Knights, who are exploring Egyptian mythology with "Fall and Rise."  FloMarching describes the show.


Blue Knights' 2018 program "Fall And Rise" takes inspiration from the sun god Ra "as a springboard to go deeper and explore the invincible human spirit." From the description on the corps' website, the show will be another high-brow concept, but with some easily understandable imagery to set the stage.

With the corps' 2017 uniforms being so directly related to their show concept "i," expect that the 2018 look will reflect the concept of "Fall And Rise" very explicitly.

This year's uniforms definitely do reflect the ancient Egyptian theme.  Look at that scarab!

The music is less fantastic, although three pieces would work just as well for a science fiction show.


Blue Knights will play the following repertoire: "Sun King" by The Beatles, "The Rite of Spring" by Igor Stravinsky, "Exit Music for a Film" by Radiohead, "Welcome to the Machine" by Pink Floyd, and "Time After Time" by Cyndi Lauper/Robert Hyman.

"Exit Music for a Film" was used in "Westworld," "Welcome to the Machine" would fit in a robot show, and "Time After Time" works for a time-travel show.

Crossmen became the first corps to play "Exit Music for a Film" last year, making them the tenth corps from 2017 to have a science fiction element or theme to their show, although the rest of their program did not qualify.  This year, the corps' entire show theme falls under speculative fiction, "The Inbetween."  Here is the text of the announcement on Twitter.


Exploring the space between the no longer and the not yet.
•
Musical selection[s] include:
Funeral For a Friend - Elton John
Upside Down - Andrew Markworth
Symphony No. 6 - Pyotr Ilyich Tchaikovsky
Sweetness Follows - R.E.M.

No, the "Upside Down" piece is not from "Stranger Things," although I'm sure the composition was inspired by the Netflix horror series.  Because of that connection, I'm provisionally filing this show under horror, even if it isn't scary.

Follow over the jump for the rest of this year's drum corps shows with speculative fiction themes.

On the other hand, I am impressed with the potential of Oregon Crusaders' 2018 show theme, "Redrum."  Here's Oregon!

Oregon Crusaders' 2018 production, "REDRUM" will draw its inspiration from the 1980 horror film, "The Shining."

That looks interesting.  I hope the show lives up to its potential.

Santa Clara Vanguard's show "Babylon" may not have an obvious speculative fiction theme, but it has at least two songs that provide strong science fiction elements, "Journey To The Center Of The Earth" and "Metropolis 1927," both by Peter Graham.  Both are also strong pieces of music in their own right that fit Vanguard's style, so I'm looking forward to hearing the corps play them.

Before I move from World Class to Open Class, I'm giving an honorable mention to Seattle Cascades for including "Around the World" by Daft Punk in this year's show.  Any song by Daft Punk includes at least a hint of science fiction, including this one, which had dancing robots in its music video. 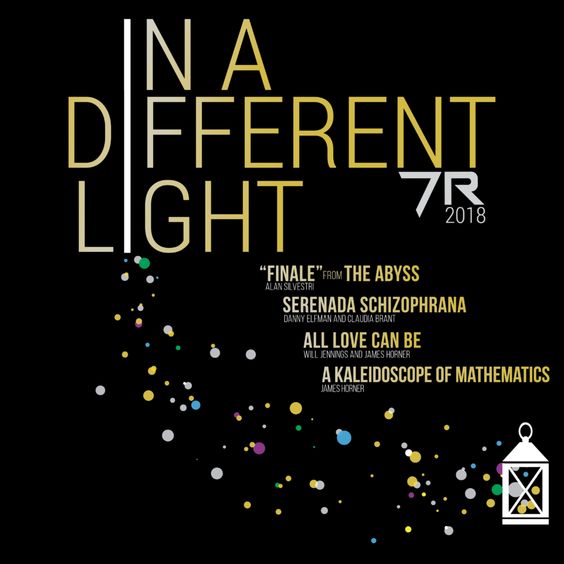 7th Regiment is playing a show that may be even stronger in science fact than it is in science fiction.  This should come as no surprise, as the show description references physics and a famous physicist.


Our eyes see by letting in light. Altering the light changes the way we see objects, people, and places. The light also influences our perception and perspective. This is why we can “bring something to light,” “shed some light on a subject,” or “see things in a different light.”

“When you change the way you look at things, the things you look at change.” This quote from Nobel Prize-winning physicist Max Planck is the focus of 7th Regiment’s illuminating 2018 show. Nowadays, people increasingly see things in black and white. But to really know the truth, one must see all the shades of all the colors.

The music reflects the show's emphasis on science fact over science fiction.  Yes, "The Abyss" is a science fiction film, so this show qualifies as having a speculative fiction element.  Science fact takes over with "Serenada Schizophrana"; the composition's Wikipedia page states that parts of it were used as the soundtrack for the 2006 IMAX film "Deep Sea 3D."  Finally, both "All Love Can Be" and "A Kaleidoscope of Mathematics" come from the soundtrack for "A Beautiful Mind," which is a true story.  Yes, it's about mathematics, not science, but scientists use game theory, too. 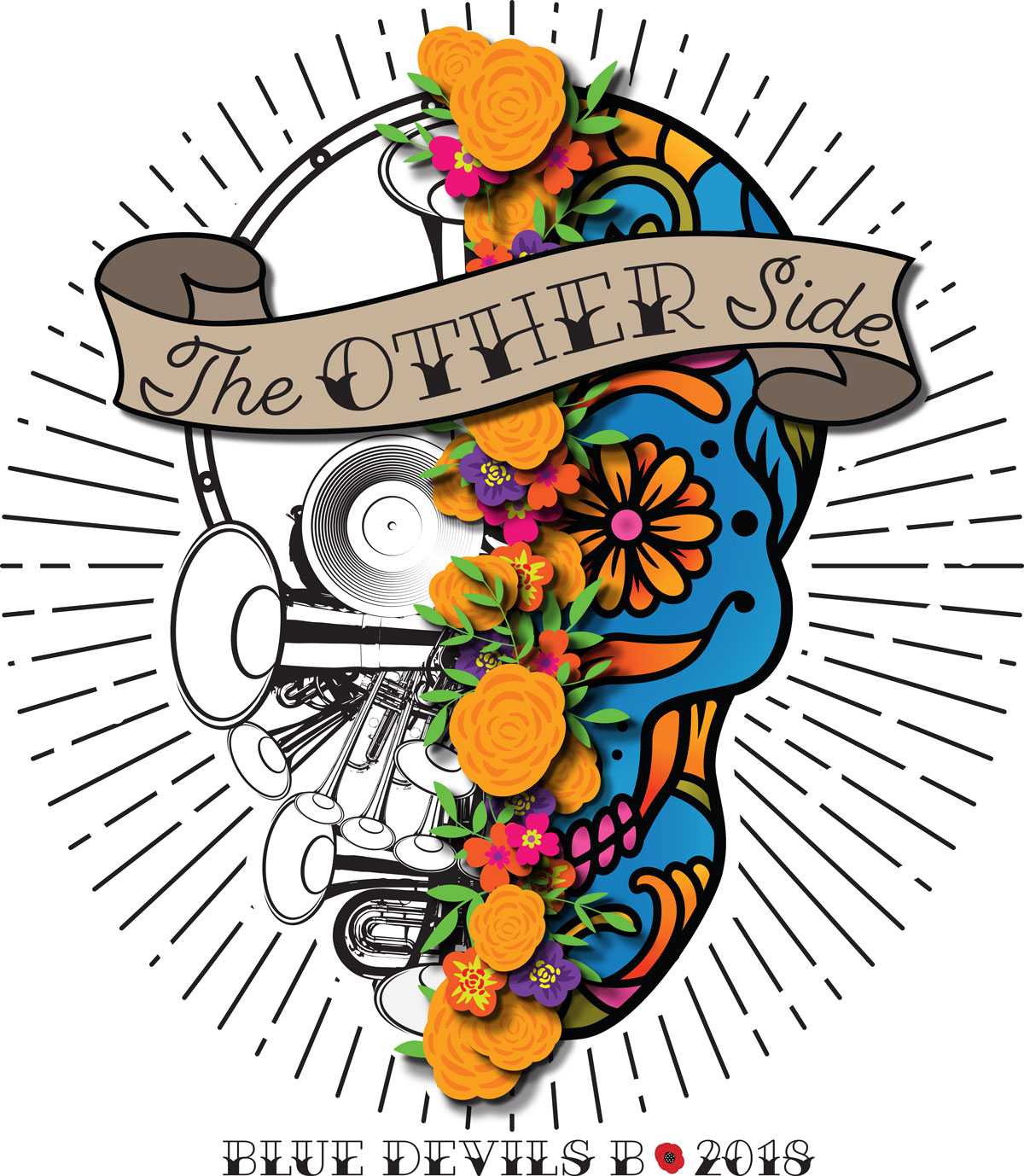 The first three songs in "The Other Side" by Blue Devils B give the show strong horror and fantasy elements with "Danse Macabre" and "The Carnival of the Animals" by Camille Saint Saens followed by "Dead Man's Party" by Danny Elfman.  While the rest of the songs do not sustain the speculative fiction element, the graphic used to promote the show as well as the description at the corps web site certainly do.


The Other Side is a glimpse into a life beyond what we know. It's a duet between the living and those who have moved on to a place full of color and happiness. The show is about a historic day the living can mingle and party with those who have gone to the other side.

Continuing with California corps, Impulse could have a science fiction show concept with "Time After Time," but the lack of a repertoire, description, or graphic for the show prevents me from giving them credit for the theme — for now.

On the other hand, I am giving credit for the speculative fiction elements of the final California corps show.  Watch the video announcement from Drum Corps International: Incognito flying off to Neverland in 2018.

Here's to hoping the rock songs work for a Peter Pan show.  With the right visuals, they can. 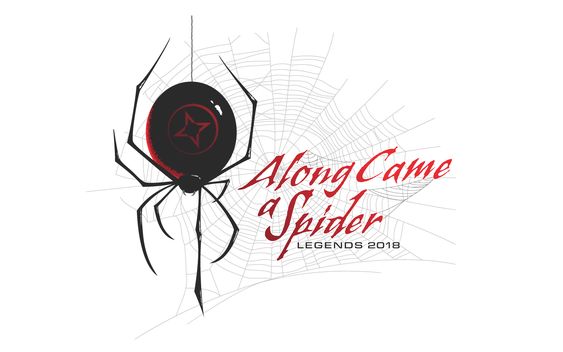 After having played shows with strong science fiction themes two years in a row, Legends show this year toned down the speculative fiction elements, playing only two pieces of music with speculative fiction connections, the "Spiderman Theme" by Paul Webster and Robert Harris and "Metropolis Symphony Mvt. 1" by Michael Daugherty.  Otherwise, I don't know how much horror or fantasy there will be in the corps' "Along Came a Spider" show, although the image for the show is creepy enough.

Besides Blue Knights, the other corps performing a show with a strong mythological theme this year is Raiders 2018 – Beowulf: The Rise of a Legend.

Burlington, New Jersey’s Raiders will turn to the classic Old English poem, “Beowulf,” as the inspiration for the corps’ 2018 production.

As much as I'd like to end this review with Raiders so that I could begin and end with mythology, I feel I must mention one more show concept.  Shadow's "The Body Celestial" certainly alludes to a spiritual concept that the music supports, but it could end up being a speculative fiction one as well.  Whether that comes off as fantasy or science fiction, only time will tell.  Until then, this show goes into the maybe column.

*I didn't go, as I'm still not ready to end my decade-long spell of not going to live drum corps shows.  Besides, I was beat yesterday and needed the rest.  At least I can watch Recap: Six corps open 2018 DCI Tour in Detroit to see what I missed.

DCI broadcast host WIll Pitts shares his thoughts on the six competing corps who went head-to-head at the 2018 DCI Tour Premiere presented by DeMoulin Bros. & Co., Thursday, June 21 in Detroit.

Based on the uniforms, there might be more corps with speculative fiction elements than I listed above.
Posted by Pinku-Sensei at 1:59 PM