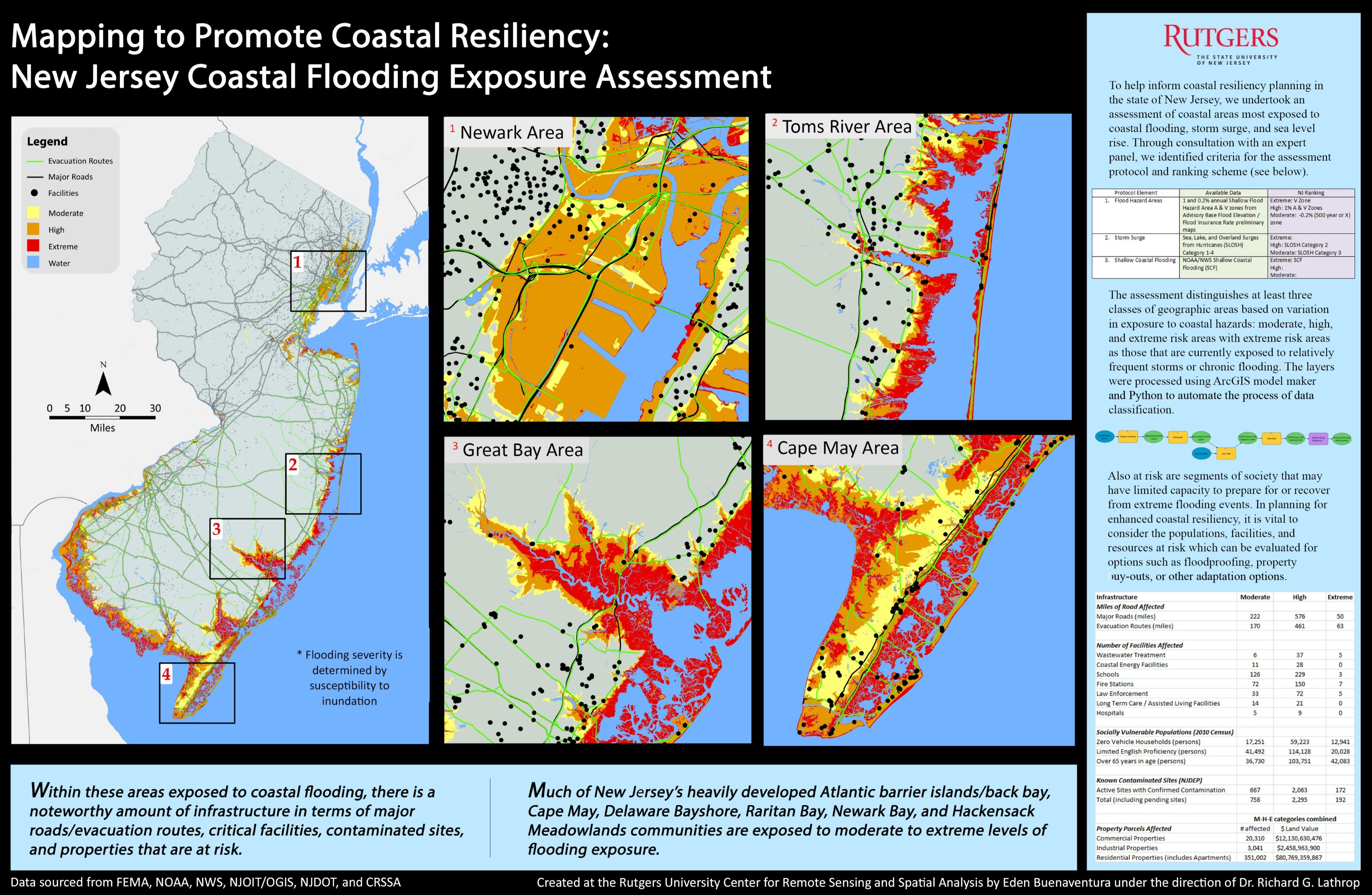 Climate change does not rest.  Vox posted an example during the first week of this month when the channel explained Why chronic floods are coming to New Jersey.

Railroads aren’t great if they’re underwater.
...
Scientists have directly observed sea level rise since the late 18th century. And as they forecast the next 20, 50, and 100 years, sea level rise will continue to accelerate at an alarming rate. That rise won’t just threaten homeowners on the coast -- it will also impact the critical infrastructure that supports many of our largest cities.

While sea level rise is often phrased as an issue of concern in the future, we can already see some of the implications. Many coastal communities have witnessed a sharp uptick in flooding, during lunar king tide periods. Other places are forced to consider what life might be like as the land they currently occupy goes underwater.

The main focus on coastal flooding is usually on south Florida.    However, the mid-Atlantic coast, including New Jersey, is at just as much, if not more risk, and it deserves the attention Vox gave it.  For what it's worth, "An Inconvenient Sequel" portrayed the situations at both locations, although mostly in the context of Hurricane Sandy for New York, while showing the chronic flooding in Florida.*   Sea level rise will become a chronic issue for both locales.

*I also watched "Chasing Ice."  Right now, I'm favoring the latter to show to my students.
Posted by Pinku-Sensei at 12:00 AM