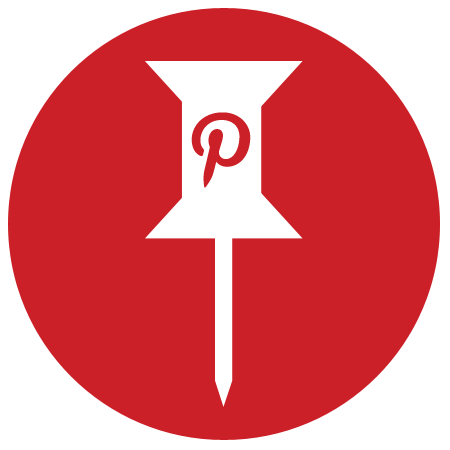 Once again, it's a Throwback Thursday, which means all my readers who I told to "Stay tuned for the last two retrospectives of the seventh year of this blog" to conclude Beyond The Trailer on 'Incredibles 2' and 'Jurassic World 2' at the box office will be rewarded.  Today's entry covers comments, shares, saves, and likes.  I begin with the most popular on Pinterest based on pins saved by other users.

'Star Wars' alignment charts from August 2015 came in second with 23 saves during the blogging year ending in March 2018.  It was the most saved pin during January and February 2018, tied for first during November 2017, and came in second during March 2018.

Two posts tied for the fifth position with eight saves each. It was funnier when Chico Marx said it from February 2017 was the most saved on Pinterest during March 2018, while Happy Winter Solstice 2015! from December 21, 2015 was the most pinned overall during December 2017.

'Pirates of the Caribbean' alignment chart from Aug 2, 2015 was both the most pinned for May 2017 with 6 saves and earned more than 100 page views that month from Pinterest.

Great Lakes cities and their roles in the regional economy from June 26, 2014 tied for most saved during August 2017 with five saves, placing it seventh overall.

The most saved entry on Pinterest actually posted during the seventh year of the blog was 'Stranger Things' alignment charts from May 2017.  It tied for most saved during November 2017 with three saves.

Finally, E. Layton shared Goodbye, Cassini! from September 16, 2017 on Pinterest, which resulted in nearly all of the 827 unique visits from the image-sharing sites this month as well as almost all the page views for this post.

Follow over the jump for the most commented on, retweeted, and liked on Google+, all of which have already been mentioned earlier in this series and all of which are about awards shows. The final entry I'm listing in today's retrospective is 'Wonder Woman' is already winning awards — for its trailer from June 11, 2018.  It's not about the Oscars but about the best movie of 2017 not to be nominated for an Academy Award.  I'm mentioning it here because it was about a movie winning an award and because the post had the most comments of any entry posted last year with eleven.

Second place went to 'Body Team 12' and 'Extremis' both nominated for Outstanding Short Documentary plus other science, health, and environment nominees from October 5, 2017 with 10 comments.  This entry had the most comments the month it was posted, but was passed by 'Wonder Woman' is already winning awards — for its trailer when it earned two more comments later in the blogging year.  Thanks, spammers!

Jeff Beal wins the only Emmy for 'House of Cards' this year from September 21, 2017 was liked and responded to by Jeff Beal himself on Twitter.  Beal's reply was liked 10 times, which I am applying to this post, making it the most liked on Twitter.

Since six posts tied for most retweeted with only two retweets, I won't single out any of them for recognition.  However, Vox explains the 'nuclear button' and KFC trolls McDonalds in response to Trump from January 11, 2018 mentions my most popular tweet ever, which earned 427 likes, 10 retweets, and ten replies, so it gets an honorable mention.

I announced the last winner of the most shared and commented on at Google+ in 'The Walking Dead' vs. 'American Horror Story: Cult' plus Saturn Awards for the seventh year of Crazy Eddie's Motie News.

Now for the retrospective about posts with the Saturn Awards as their subjects.   While I posted an entire series of them, only one, "The Walking Dead" leads 2017 Saturn Awards television winners from July 3, 2017, made the cut for the end of blogging year retrospective.  It was the most shared and commented on Google+ for the blogging year with a total of eight.  It will also be the last to earn this status, as Google+ stopped tracking that statistic shortly afterwards.  It ended the blogging year with 2719 raw page views, which placed it 30th overall and 26th among entries actually posted during the seventh year of the blog.  It was also the second most read entry overall for July 2017 and the most read entry actually posted during that month with 2489 default and 2583 raw page views during July 2017.  I shared it to the science fiction, fantasy, horror, "Walking Dead," "Westworld," "Stranger Things," and "Outlander" groups and communities on Facebook and Google+; this entry earned 2242 default views in the first 24 hours afterwards.  It was the most read entry not shared at the Join the Coffee Party Movement Facebook page.  Behold the power of fandom!

The second most liked on Google+ was R.I.P. Roger Moore from May 24, 2017 with 7 pluses.  Also, R.I.P. for this statistic, which will not appear in next year's version of this post.

That's it for the blog on social media (except Facebook, for which Blogger does not keep statistics).  Stay tuned for a final retrospective on the back catalog.

Previous retrospectives about comments and likes. Previous entries about the top posts of the seventh year of this blog.