'Why We Hate,' 'Cosmos,' 'Seven Worlds, One Planet' and 'Life Below Zero' — science and nature winners at the Creative Arts Emmy Awards

I know I told my readers yesterday to " Stay tuned for a drinking game, memes, and drinks for this year's Vice Presidential Debate between Kamala Harris and Mike Pence," but that turns out to be tomorrow, not today. As Rick Perry would say, "oops." Instead, I'm going to continue with my coverage of the winners of the Emmy Awards. Today's installment consists of the science and nature winners at the Creative Arts Emmy Awards other than "Apollo 11," which was the big science winner overall. I begin with "Why We Hate," which I covered in 'Tiger King' vs. 'McMillion$' — big cats and true crime at the Emmy Awards for World Lion Day. 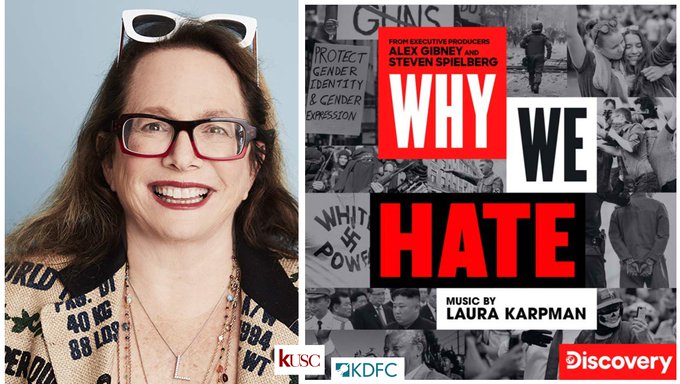 Normally, I'd go with the most famous composer, who is Mark Mothersbaugh for "Tiger King" except that Laura Karpman also has a nomination for Outstanding Original Main Title Theme Music, so I think she's the favorite.

It turned out I was right. Watch the Television Academy's 2020 Creative Arts Emmys: Music Composition for a Documentary Series or Special.

The team from Why We Hate wins the Emmy for Outstanding Music Composition for a Documentary Series or Special (Original Dramatic Score).

Why is this science? Because "Why We Hate" is an application of psychology, which is a science, to solving a problem.* As IMDB describes the show, it's "an exploration into the human condition for hatred and how we can overcome it." Here's to being able to do that.

I covered the next winner in For National Presidential Joke Day, I present the variety talk show nominees at the Emmy Awards. 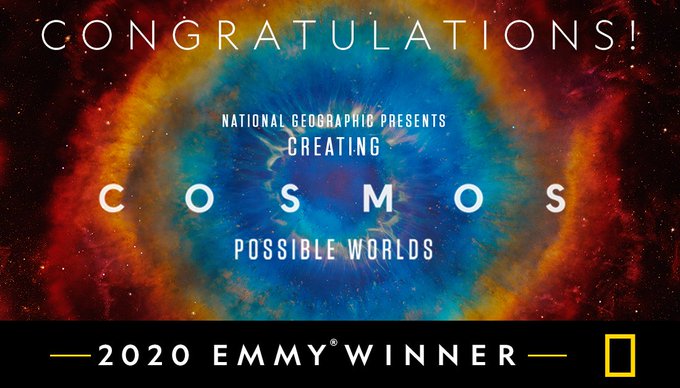 Shame on me, I didn't even consider "Cosmos: Creating Possible Worlds" for the win, but as a scientist, I should have. I guess my focus on the variety nominees had me looking in the wrong direction. Just the same, congratulations to the show I should have been rooting for all along!

Next, a category I covered in 'The Cave' vs. 'American Factory' — Oscar nominees and other documentaries at the Emmy Awards. 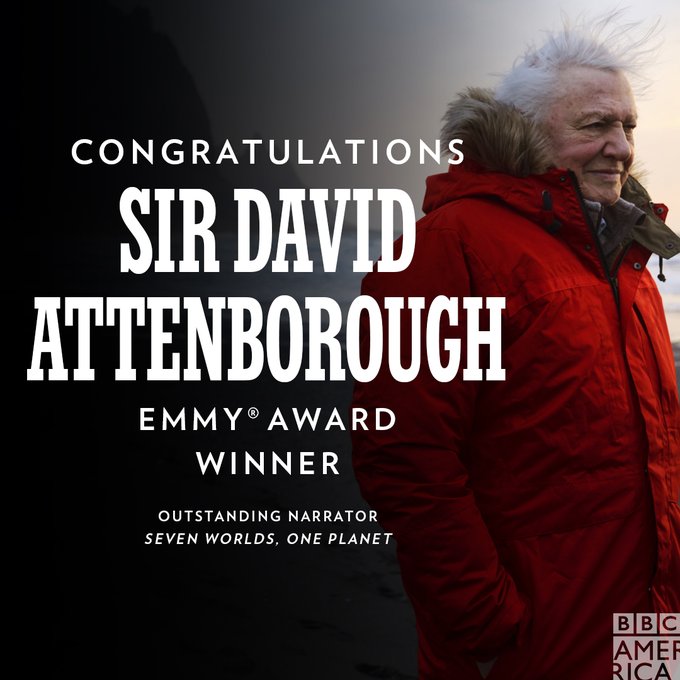 What a list of all-star talent! Lupita Nyong'o is an Oscar winner, Angela Bassett is an Oscar nominee and Golden Globes winner, Chiwetel Ejiofor is an Oscar nominee, and David Attenborough is two-time returning winner. On that basis, I'd say Sir David is the nominal favorite, although he's up against stiff competition. The nominee I'd look out for is Nyong'o because "Serengeti" is the only series with two nominations.

That reminds me that I'm used to seeing a lot of nature documentaries nominated at the Emmys, but that's not the case this year. I suspect that's because "Tiger King" sucked up all the oxygen that would normally go to shows about wild animals.

Despite all its nominations, "Tiger King" walked away empty-handed. That's not the case for Sir David. Watch 2020 Creative Arts Emmys: Narrator to see him win.

Congratulations to the one Emmy winner I know I've met in person!

The last winner is one that I expected, but only by accident was I reminded that it belonged here as much as it did in reality programs. 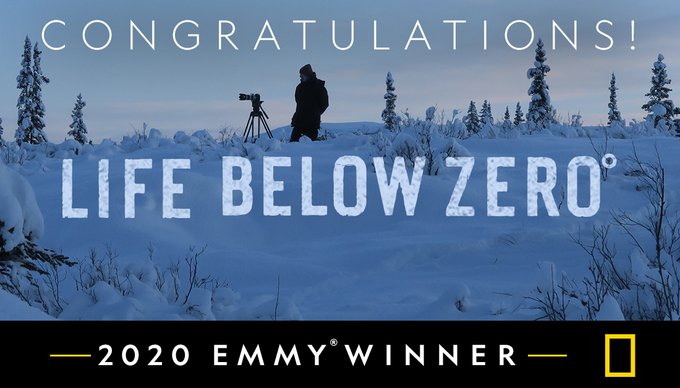 The team from National Geographic wins the Emmy for Outstanding Cinematography for a Reality Program.

Congratulations to the repeat Emmy winners for their outstanding photography of people and the harsh environment they live in!

I conclude this enty with award-winning music from "Why We Hate," Epilogue.


Now stay tuned for the drinking game, drinks, and memes for the vice-presidential debate!

*I have a story about psychology as a science to share, but today's not the day to do it.

Previous posts about the 2020 Primetime and Creative Arts Emmy Awards
Posted by Pinku-Sensei at 1:33 PM