A Bridge Too Fat 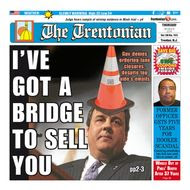 I'm in the mood to be a good environmentalist and recycle a comment I left at Kunstler's blog yesterday.

Yes–Christie closed down a bridge on-ramp to punish a political adversary.

2. Does the scandal cut against a core element of the candidate’s brand?

Yes–Christie is supposed to be a competent straight-shooter. Instead, this scandal plays against both his compentence and his honesty, as he either didn’t know what was going on in his own office or he’s lying.

3. Does the scandal reify/reinforce/”prove” a core negative perception about the candidate, particularly one that had henceforth been difficult to articulate (but not one that has become so entrenched that little further damage can be done)?

Yes–it reinforces the widely held perception among Christie’s critics that he’s a bully.

4. Can the scandal readily be employed by the opposition, without their looking hypocritical/petty/politically incorrect, risking retribution, or giving life to a damaging narrative?

So far, yes. Democrats in general and Hillary Clinton’s people in particular are already doing so.

5. Is the media bored, and/or does the story have enough tabloid/shock value to crowd out all other stories?

Yes. It’s the first full week of the year and the press needs something new to write and talk about.

Five yes answers–the last time I did this analysis, I got four and a half, and the politician in question was recalled. This does not bode well for Fat Bastard.

It's too early to tell, but I'm hoping that this second front page reproduced by New York Magazine predicts the impact accurately and he's indeed on a bridge to nowhere. 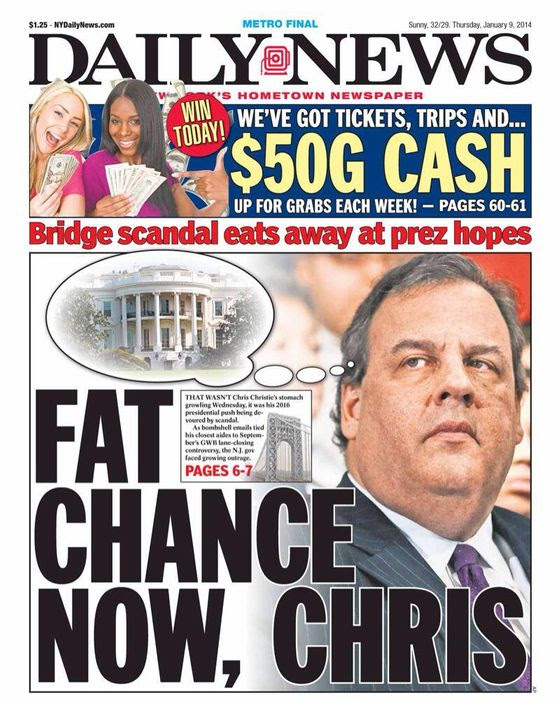