ISS extended and dead stars in this week's space news 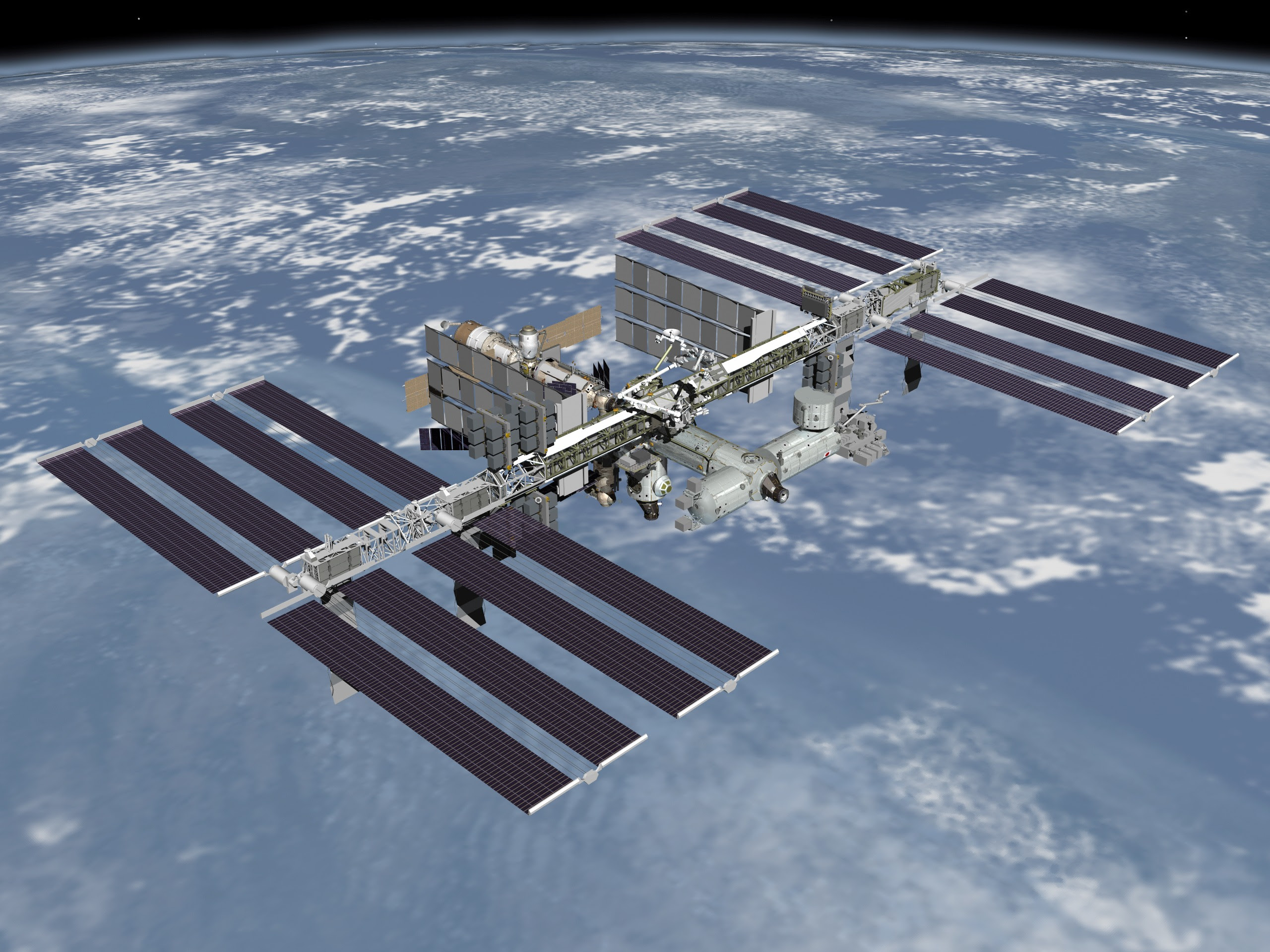 This week's space news report has good news for the ISS.  NASA Television reports that ISS Extended to 2024 on This Week @NASA.

NASA Administrator Charlie Bolden and White House Science Advisor John Holdren, announced that the Obama administration is extending usage of the International Space Station to at least the year 2024. In his blog, Bolden noted that NASA is hopeful and optimistic that our ISS partners will join this extension effort and enable continuation of the groundbreaking research being conducted on the unique orbiting laboratory. Also, International Space Exploration Forum, Cygnus' resupply flight, Super Bowl of Astronomy, 10 years roving Mars, TDRS-L Update and more!

I'm tempted to break out Professor Farnsworth, but decided not to jinx the announcement, so I illustrated this entry with the ISS instead.

Today the Baryon Oscillation Spectroscopic Survey (BOSS) Collaboration announced that BOSS has measured the scale of the universe to an accuracy of one percent. This and future measures at this precision are the key to determining the nature of dark energy.

"One-percent accuracy in the scale of the universe is the most precise such measurement ever made," says BOSS's principal investigator, David Schlegel, a member of the Physics Division of the U.S. Department of Energy's Lawrence Berkeley National Laboratory (Berkeley Lab). "Twenty years ago astronomers were arguing about estimates that differed by up to fifty percent. Five years ago, we'd refined that uncertainty to five percent; a year ago it was two percent. One-percent accuracy will be the standard for a long time to come."

An international team of astronomers has discovered a surprising new class of "hypervelocity stars" – solitary stars moving fast enough to escape the gravitational grasp of the Milky Way galaxy.

The discovery of this new set of "hypervelocity" stars was described at the annual meeting of the American Astronomical Society this week in Washington, D.C., and is published in the Jan. 1 issue of the Astrophysical Journal.

Now, three stories that are about the death of stars in one way or another, beginning with NPR via KPBS: Dying Stars Write Their Own Swan Songs
By Geoff Brumfiel / NPR
Friday, January 10, 2014

Alicia Soderberg studies the death of stars. Often, these final moments come as violent explosions known as supernovae. They're spectacular events, but catching one as it unfolds can be tricky.

"You have to be in the right place at the right time, and often we're not," says the professor in Harvard's astronomy department. "So all you can do is do a stellar autopsy and go back and try to pick up the pieces and try to figure out what happened."

Soderberg's autopsy involves collecting every signal her team can from the explosions: radio waves, light, X-rays. They try to put this information together in a way that makes sense. And often that's hard to do. "The data analysis itself is very detailed," she says.

PhysOrg: New discovery could be a Thorne-Zytkow object
Jan 08, 2014 by Bob Yirka

(Phys.org) —Speaking at this year's American Astronomical Society meeting, Hubble Fellow, Emily Levesque reported that she and her colleagues at the University of Colorado have discovered a star that just might qualify as a Thorne-Zytkow object. The object has not been named as yet, however, as the team has not yet published its results.

A Thorne-Zytkow object, Kip Throne and Anna Zytkow theorized back in 1975, could come to exist when a dying red giant star swallows an orbiting neutron star. The result would be, the researchers suggested, a star with another smaller star embedded in its core and which would overall resemble other known types of stars but would emit a different and unique chemical signature. Since that time, many space scientists have scoured the heavens looking for such an object—many candidates have been found, but thus far none have been confirmed. In this latest effort, the found object appears to closely resemble what Thorne and Zytkow predicted.

Galaxies can be remarkably dusty places, and supernovas are thought to be a primary source of that dust, especially in the early universe. Direct evidence of a supernova’s dust-making capabilities, however, has been slim and cannot account for the copious amount of dust detected in young, distant galaxies.

Striking new observations with the Atacama Large Millimeter/submillimeter Array telescope in Chile – known as ALMA – capture, for the first time, the remains of a recent supernova brimming with freshly formed dust. If enough of this dust makes the perilous transition into interstellar space, it could explain how many galaxies acquired their dusty, dusky appearance.

“We have found a remarkably large dust mass concentrated in the central part of the ejecta from a relatively young and nearby supernova,” said Remy Indebetouw, a University of Virginia astronomer working with Charlottesville’s National Radio Astronomy Observatory. “This is the first time we’ve been able to really image where the dust has formed, which is important in understanding the evolution of galaxies.”

That's it for last week's stories.