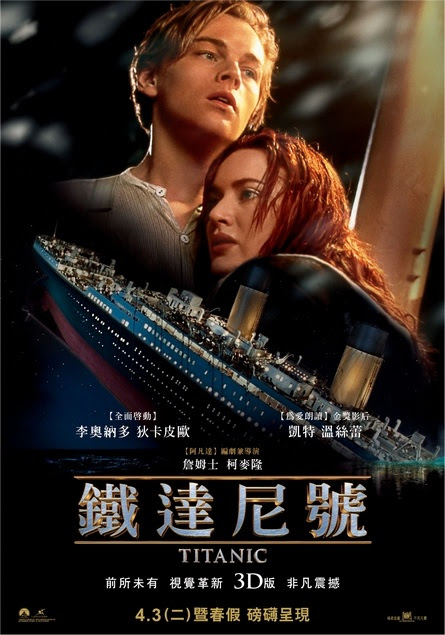 The first time I wrote about one of the most famous shipwrecks in history, I pointed out the educational merit of the two National Geographic videos I embedded in The Titanic 100 years later.

Other than [James Cameron's] (unfortunately common) misuse of theory for hypothesis, these two clips work very well as an example of how testing a hypothesis using a computer model works. I might just show it to my classes starting next month.

I've shown them to my classes every semester since, including twice this week alone.  Coincidentally, two news items passed before me that touch on this story.  First, Archaeology Magazine published History's 10 Greatest Wrecks... By JAMES P. DELGADO.

The first scientific archaeological excavation of a shipwreck took place just over 50 years ago. Since then, thousands of wrecks have been discovered, each with an important story to tell. Choosing 10 from among them to represent the endeavor of nautical archaeology is a difficult—and subjective—task. But each offers a profile of an age and a window into the lives of its people, as well as evidence of just how clever and innovative our ancestors were as they took to the seas. Through these stories, we also see why archaeologists continue to devote themselves, despite danger and difficulty, to the examination and excavation of wrecks, wherever they might be discovered. From the rudimentary dive equipment of the earliest excavations to the sophisticated remote-sensing and remotely operated technology of today, archaeologists have shown that no site is beyond the reach of our inquiry into the past.

The Titanic is number one.

Even more germane to my using the Titanic in my teaching, I talk about how it's impractical to test hypotheses about the ship sinking by building a replica and sinking that.  It turns out that's exactly what an amusement park in China is planning on doing.  NTDTV reports Chinese Plan Titanic Replica for Universal Love and Responsibility .

A Chinese company announces a 1 billion yuan (US$165 million) project to build a life-sized Titanic replica, complete with a ship-wreck simulation, for a theme park in central China by 2016.

I told my students about this yesterday.  Some of them thought I was kidding.  No, I'm not, and neither are the Chinese, even if they are doing it for entertainment, not science.

This isn't the only connection between China and a new Titanic.  Ten months ago, NTDTV posted Titanic II Will Be Built in China.

If at first you don't succeed, try, try again. That must be the motto of Australian billionaire Clive Palmer. He's all set to sign the final deal with Jinling Shipyard in Nanjing to begin construction of a new Titanic.

Titanic II will very much resemble the original Titanic, with all similar luxurious amenities. But, according to the Jinling shipyard, Titanic II will be equipped with advanced life-saving and communications systems.

This one I knew about, but as I tell my students, it's not intended to be sunk, even for pretend.
Posted by Pinku-Sensei at 12:00 AM