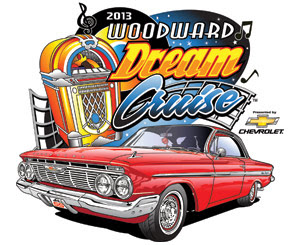 I made a promise in Saturday at the 2013 Dream Cruise from WXYZ.

And that's it for WXYZ's coverage that the station posted to its YouTube Channel.  They might get around to posting their entire evening broadcast, but that might not be until December or January.  If so, I'll be sure to post it.

As promised, here it is.  As I wrote last year, "Enjoy the cars, the music, the dancing girls, and the nostalgia for a bygone era, along with...some serious auto reporting scattered amidst the fluff."


As I concluded Finally, the last night of 2012 Dream Cruise:

That takes care of last year's Dream Cruise, just in time for the 2013 North American International Auto Show to start.

WXYZ is already posting videos about the preparation for this year's NAIAS, so my entries on the event should begin very soon.
Posted by Pinku-Sensei at 9:00 AM