A conversation with The Archdruid about predictions 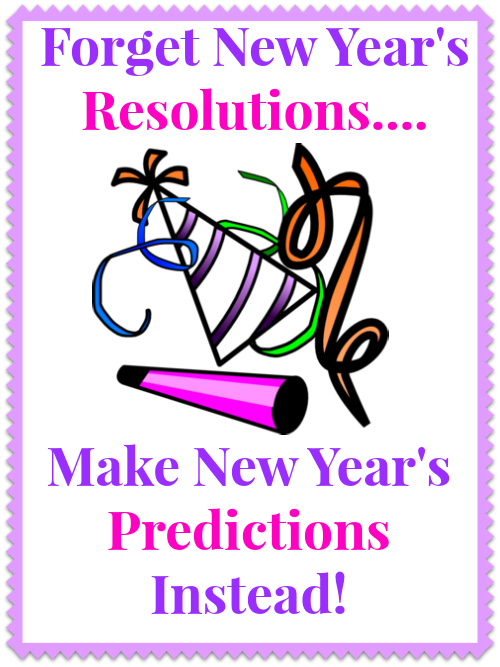 It looks like J. M. Greer is making a habit of writing posts that I find worth commenting on and I'm making a habit of commenting on them.  Two weeks ago, it was An Old Kind of Science, which I turned into A conversation with The Archdruid for the Solstice.  The next week, he engaged in A Christmas Speculation, in which he called the GOP a bunch of closet Satanists who were hiding their true beliefs behind their devotion to Ayn Rand.  I commented on that and converted the result into A conversation with The Archdruid about Objectivism, Satanism, and the GOP.*  This week, his New Years entry was titled The Song of the Snallygaster, which was really about reviewing his predictions from last year.  It was very late, but it was worth waiting for.

Just like the last two times, follow over the jump for the relevant passages from the essay at The Archdruid Report, my response, Greer's reply, and my reflections on the whole thing.

Greer began by telling a monster story about the Snallygaster, "a dragonlike creature with huge wings, a long pointed tail, a single eye in the middle of its forehead, and octopuslike tentacles that dangled behind it as it flew."  Unlike some other monsters from folklore, such as Yeti and Bigfoot, this critter is thought to be no longer around, having been drowned in a vat of moonshine right at the end of Prohibition.  This led to Greer's point about predictions of peak oilers.


Snallygasters thus share in the most important characteristic of the “fearsome critters” of American monster folklore:  everybody knows about them, but you’ll never actually meet anybody who’s seen one. That characteristic isn’t unique to monsters. It also features in the peak oil scene, and in particular in one of the more common habits of that scene, especially though not only around this time of year. That’s as much justification as you’ll get for the cameo appearance of snallygasters in this week’s post—well, beyond the fact that snallygasters, and local folklore generally, deserve more attention than they usually get these days—because it’s mostly these habits that I want to talk about this week.

The weeks to either side of January 1 each year, as regular readers of peak oil blogs will have noted long since, are festooned with predictions about what’s going to happen in the year to come. That habit’s not limited to the peak oil scene, to be sure, but a curious feature is shared by many peak oil blogs: the prophecies that pop up during this annual orgy of prognostication are quite often the same ones that appeared the previous year, and the year before that, and so on back as far as the archives go. Most of those predictions, furthermore, flopped—that is, the events so confidently predicted did not happen within the time frame the prediction assigned them—but reflections on that awkward reality in these same blogs are about as rare as snallygasters singing duets in your back yard.

It’s high time for this bad habit to get drowned in a tub of moonshine once and for all. Those of us who talk about peak oil and the other troubles closing in on contemporary industrial civilization have precisely one thing to offer that deserves the attention of anybody else—that our ideas, and the predictions we base on them, might help others figure out what’s happening to the world around them at a time when more familiar ways of thinking aren’t providing useful guidance. If our predictions are no more accurate than those of raving maniacs, mainstream economists, and the like, nobody has any reason to listen to us. In point of fact, I’ve come to think that one of the most important reasons why the peak oil movement is all but dead in the water these days is that too many people outside it have read too many rehashes of the same failed predictions too many times, and decided that peak oil writers simply don’t know what they’re talking about.

I’d like to suggest that the lack of attention paid by peak oil authors to the failure rate of their predictions has contributed heartily to that reaction.

I decided to respond by repeating the list of successful predictions of Kunstler's that he's made over the years listed by Chad/EscapefromWisconsin in Kunstler Victory Lap?  I had already reblogged that entry, so I decided to be a good environmentalist and recycle for my comment.


I'm amused by your use of the snallygaster in the introduction and reminded that shows about the paranormal, including shows about legendary monsters, seem to be as popular as ever, if not more popular. That must infuriate the rationalists, who think this is all hokum. I suspect the popularity of Ghost Hunters, Dead Files, Celebrity Ghost Stories, and A Haunting, all on different channels, must reflect some need that rationalism just can't fulfill.

Mentioning these shows has a point, which I'll return to at the end.**


On to your comments about predictions. There are people on the peak oil scene who make predictions of imminent DOOM, DOOM, I tell you without either modifying their predictions or even acknowledging their small successes. EscapefromWisconsin of the Hipcrime Vocab, who reads and comments here from time to time, posted a list last year of predictions from a major peak oil whose blog comes out on Monday morning that are (or in some cases, were) in the process of coming true. Here it is:
All in all, not a bad set of predictions coming true. By the way, that last one circles back to the point I made about interest in the paranormal. For some reason, I like closing circles.


Pinku, not half bad.

I can't claim credit for any of them; they're Kunstler's as salvaged by EscapefromWisconsin.  Here's what he had to say about the successful predictions.


I'll note that when I speculated about the Peak Oil community getting predictions right, it was those who emphasized that we would continue to go after ever lower-grade sources of fossil fuels who got it right, not those who predicted armegeddon.

So far, that's exactly what's been happening.  Back to Greer.


As for the demon-haunted world, that's the inevitable result of the failure of the cult of progress; as more and more people realize that techno-utopia isn't going to happen, they're not just rejecting technological triumphalism, they're rejecting science and the whole heritage of the Enlightenment -- which, in turn, were hijacked by the cult of progress and used as its stalking horses. Share his feast and share his fall...

That prediction about people turning against science and the rest of the heritage of The Enlightenment is one of the main things I'm fighting here.  Greer is quite sanguine about the prospect, but I'm fighting it as much as I can.  That's why I'm a Crazy Eddie and it's why I'm playing so much attention to Greer.  Keep your friends close, and your enemies closer, and all that.

*This was taken verbatim from an entry titled "The Archdruid is good for my blogging after all," which I originally posted to Dreamwidth and LiveJournal.  I've decided to cannibalize it for parts instead of copying it verbatim here, as one of its points was rendered obsolete overnight.

**If that's not enough for the reader, I'm giving the same disclaimer about knowing all these different shows that I gave about astrology.


Of course, this is all BS. My official position on astrology is that it’s bunk, but it’s harmless, fun bunk that tells great stories. It even tells an interesting story about me.

Besides, if all else fails, I can blame the bad influence of my daughter. :-)
Posted by Pinku-Sensei at 12:22 AM