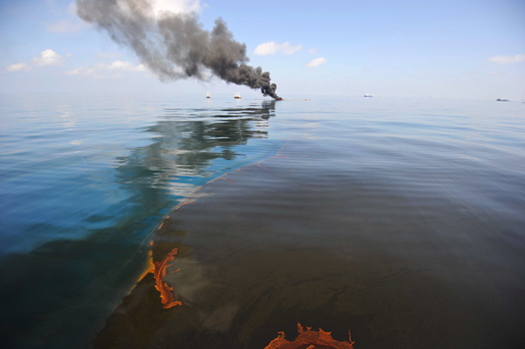 The worst oil spill in U.S. history occurred when the Deepwater Horizon oil rig exploded in the Gulf of Mexico on April 20, 2010, killing 11 people and damaging a wellhead that led to 4.9 million barrels of oil leaking into the ocean. In the aftermath of this event, one potential hazard was the safety of eating seafood caught from the affected area.

An environmental health science expert in the University of Alabama at Birmingham School of Public Health worked with colleagues to analyze concentrations of contaminants in fish that were harvested by reef fishermen in the Gulf a year after the Deepwater Horizon blowout. The results are published online in the Environmental Science & Technology journal.

A total of 92 fish samples were obtained from areas open to fishing — primarily near Florida and Texas, as well as some near Louisiana — by members of the Gulf of Mexico Reef Fish Shareholders’ Alliance during the period of March 2011 to April 2012. The samples were tested for benzo[a]pyrene-equivalents (BaPEs) — a combined measure of carcinogenic potency across seven polycyclic aromatic hydrocarbons (PAHs), which occur in significant amounts in oil deposits.

Next, the University of Rhode Island explains how new strategies for cleanup are being devised in URI researchers developing tiny weapons to combat big oil spills.

The approach the scientists are using relies on nanoparticles, each about 100 times thinner than a human hair. To study how these tiny particles can clean up oil, the Gulf of Mexico Research Initiative has awarded grants totaling nearly $1.4 million to engineering professors Arijit Bose, Geoffrey Bothun and Vinka Oyanedel-Craver, along with chemistry professor Mindy Levine and Metcalf Institute Executive Director Sunshine Menezes.

“On the downside, the Deepwater Horizon spill happened,” Bothun said. “On the upside, it motivated a lot of engineers and scientists to come up with new ways to fight oil spills.”

Let this be an example of how persistent pollution can be.
Posted by Pinku-Sensei at 3:35 PM