I inspired The Archdruid to write about Steampunk 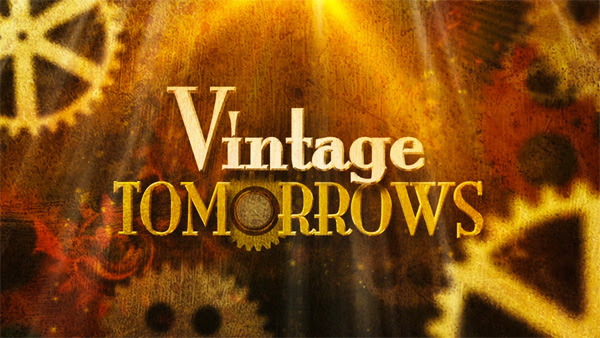 Last month, I posted 'A Steampunk calculator' and six other sustainable technologies from The Archdruid, in which I reproduced the following conversation with J. M. Greer.

Hey, kids, anyone here want to do what your grandparents did, and use a slide rule instead of the calculator on your smartphone?  I can already imagining them freaking out.  Heh, heh, heh.

Imagine my surprise when he followed through last Wednesday in The Steampunk Future.

Toward the middle of last month, as regular readers will recall, I posted an essay here suggesting seven sustainable technologies that could be taken up, practiced, and passed down to the societies that will emerge out of the wreckage of ours. One of those was computer-free mathematics, using slide rules and the other tools people used to crunch numbers before they handed over that chunk of their mental capacity to machines. In the discussion that followed, one of my readers—a college professor in the green-technology end of things—commented with some amusement on the horrified response he’d likely get if he suggested to his students that they use a slide rule for their number-crunching activities.

Not at all, I replied; all he needed to do was stand in front of them, brandish the slide rule in front of their beady eyes, and say, “This, my friends, is a steampunk calculator."

Follow over the jump for my reaction and the coversation it inspired, one that not only included Greer and me, but several others as well.

Of course I was grateful and supportive in my response.

“[O]ne of my readers—a college professor in the green-technology end of things—commented with some amusement on the horrified response he’d likely get if he suggested to his students that they use a slide rule for their number-crunching activities.

Not at all, I replied; all he needed to do was stand in front of them, brandish the slide rule in front of their beady eyes, and say, 'This, my friends, is a steampunk calculator.'”

I'm flattered to have inspired you to write about the retro future.  Thank you for following through on your promise.  On my blog, I've written that interacting with you has been good for my writing.  I'm glad to see that the reverse has been true for you, too.

Done with his reference to me, I then paid attention to another passage.

[H]as any other society seen so many people turn their backs on the latest modern conveniences to take pleasure in the technologies and habits of earlier times? Behind this interest in bygone technologies, I suggest, lies a concept that's even more unmentionable in polite company than the one I discussed above: the recognition that most of the time, these days, progress no longer means improvement.

By and large, the latest new, advanced, cutting-edge products of modern industrial society are shoddier, flimsier, and more thickly frosted with bugs, problems, and unwanted side effects than whatever they replaced.

There's a word for that situation and I knew it.

As for "the recognition that most of the time, these days, progress no longer means improvement," I've had to turn to German for a word that expresses that concept--Schlimmbesserung, an intended improvement that actually makes things worse.  A lot of changes in software come off this way these days, which is how I came across this word.  I guess it's not just software that the concept applies to.

Greer found the word and its origin irresistable.

Pinku-Sensei, what is it about the German language? I had occasion recently to reference the word "salonfähig," and found that it takes most of an English sentence -- "suitable for bringing into the living room" -- to get even some of the meaning.

My comment elicited responses from other readers, something I wasn't in the habit of doing with my efforts on previous entries.

re: the retro future--the best term I have seen is Neostalgia.

Sadly, the url is already taken.

Yes, there is a neostalgia.se, a neostalgia.org, and a neostalgia.com.  The first is active, the second is unavailable, but the third might be for sale.  If I were into Steampunk, I'd be interested, but I'm not.  Oh, well.

Next, Bernd Ohm, who seems to be a native German speaker, weighed in.

Pinku-Sensei, it's really "Verschlimmbesserung", for some reason the "Ver" disappeared somewhere over the Atlantic when the word was borrowed...

Bernd was absolutely right, but I don't think "Verschlimmbesserung" will fly in English; the "ver" prefix just doesn't translate.  On the other hand, "Schlimmbesserung" is enough like "slim bettering" that Anglophones will get the gist of it pretty quickly.

Of course, Greer got around to replying.

Pinku-Sensei, what is it about the German language? I had occasion recently to reference the word "salonfähig," and found that it takes most of an English sentence -- "suitable for bringing into the living room" -- to get even some of the meaning.

Greer may have been asking a rhetorical question, but I had a plausible answer anyway.

"What is it about the German language?"

As someone who studied German, part of it is because of the agglutinative nature of its nouns.  German uses a lot of compounds to make words that would otherwise require an entire sentence.  Also, one has to credit the Germans themselves.  They have to think that the concept itself is so worth noting that it deserves its own word.  That they have a language that accommodates that desire just helps it along.  Also, kudos to you for using a word other than "Schadenfreude" as an example of this particular ability of German to express complex concepts.

Bernd Ohm had his own reaction to Greer.

And "salonfähig"? My God, that really means "suitable for bringing into the company of good and well-educated people who will be found gathered in the parlour of an upper middle-class household that is run by a distinguished family with refined and exquisite tastes", if you get the picture. On the other hand, Germans do need more than one sentence to translate "streetsmart".

That drew in flute, who had responses to all three of us.

Pinku-Sensei already remarked on the reason why the German language can produce such succinct words as "salonfähig". Swedish works the same way and we have the word "salongsfähig" with the same connotations. I've done a fair amount of translation work and I always found that the English translation of a text is quite a bit longer than the original Swedish text. On the other hand there are many English words which you cannot translate into Swedish or German without using half a sentence - someone came up with the example "streetsmart".

We do have a word that is exactly equivalent to "Schlimmbesserung" in English: "upgrade". ;)

The linguistic angle now being completely exhausted, Greer ruminated on my last paragraph.

Pinku-Sensei, that last is a good point. So much of modern culture consists of the pursuit of ugliness and rudeness for its own sake; an alternative is worth pursuing.

I had nothing more to say about the subject, but Marinhomelander did.

I think that we're in for a wave of NeoVictorianism in manners, behavior and dress as well.

Having watched the 1960s and on from my perch in San Francisco, I detect a shift in the interests back to more conservative mores.

Cotillion is back for kids as are classes for table manners.

As to fashion, which is cyclical, expect a return to the Maxiskirt. Look at the popularity of Downton Abbey on TV.

I've got my beaver hat all ready to wear.

I've seen maxiskirts among all kinds of very conservative women of the major religions in the U.S., Moslems, Orthodox Jews, and Evangelical Christians.  In fact, I've sometimes seen the exact same design.  I wonder what they'd think if they knew.

Marin, good. I have occasion to wear a silk top hat now and again, as the presiding officer of a Masonic body, and it's a fine and comfortable item. As for Victorian manners, well, a case could be made...

I hope I'm as inspiring with my responses to Greer's next set of essays.  He's planing on writing about Fascism.  I'm looking forward to it, even if the subject is horrifying.