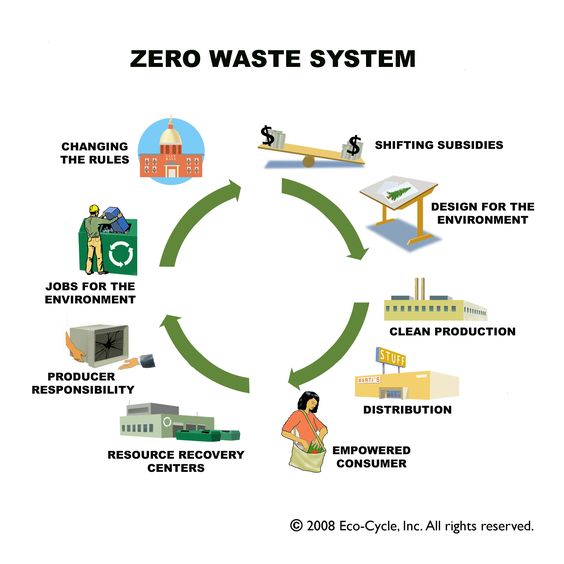 KPBS has a video I should have shown my class last week, when I was lecturing about recycling and matter quality: San Diego Leaders, Environmentalists Gather For Zero Waste Symposium

Zero Waste San Diego is hosting its first symposium Tuesday in Kearny Mesa, bringing together business leaders, nonprofits and local governments for a discussion on reusing or recycling all materials.

The average person throws away 4.5 pounds of trash every day, including recyclable items like aluminum cans, newspaper, plastic cups and styrofoam food containers.
...
In San Diego last year, nearly 70 percent of the city's waste stream was diverted through recycling and other means. That figure has remained unchanged over the past three years, according to city documents.

California set a goal in 2011 of 75 percent recycling, composting or source reduction of solid waste by 2020.

According to the video, the goal state’s goal is 100% recycling by 2040.  Can it be done?  Yes, as the City of Oceanside has already achieved it.

"Actually what I've really found trying to work with the community going on the road to zero waste its always a process. Its about behavior change," said Colleen Foster, a solid waste and recycling management analyst with Oceanside.

Foster helped 1,000 city employees in Oceanside reduce their waste to zero by simply removing their plastic trash cans and replacing them with much smaller ones. That forced everyone to think twice about what to do with their trash.

While I missed my opportunity to show this video in lecture this semester, I haven’t missed it in lab.  Next month, the students will be working on a double assignment on recycling and the life cycles of consumer products.  That should be a perfect opportunity to watch this video.
Posted by Pinku-Sensei at 6:57 AM