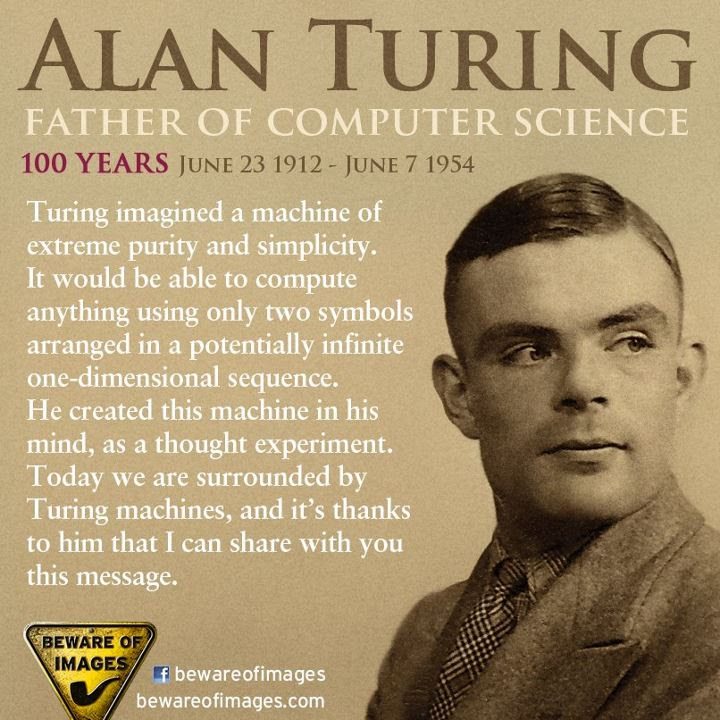 I was looking for science and technology crime scene stories to post and came across this in my stash from the last Overnight News Digest of 2013.  It's old news, but it bears repeating and celebrating.

Computer scientist Alan Turing, born in 1912, was a man light years ahead of his time. He performed groundbreaking computer science work long before the concept even existed. An artificial intelligence test he developed remains relevant today. During World War II, his cryptanalysis work helped Allied convoys safely cross the Atlantic.

Turing was also openly gay. In 1952, he was convicted for homosexuality and punished by being chemically castrated. Just two years later, he died after eating a cyanide-laced apple. An inquest ruled the death a suicide, but friends and family dispute the finding.

Now, finally, after several petitions, appeals and even an apology from prime minister Gordon Brown in 2009, Turing has finally received a pardon. It was granted on December 24 under the Royal Prerogative of Mercy after a request by Justice Minister Chris Grayling.

Good news, 60 years too late for Turing, but not too late for everyone alive today.
Posted by Pinku-Sensei at 10:01 AM