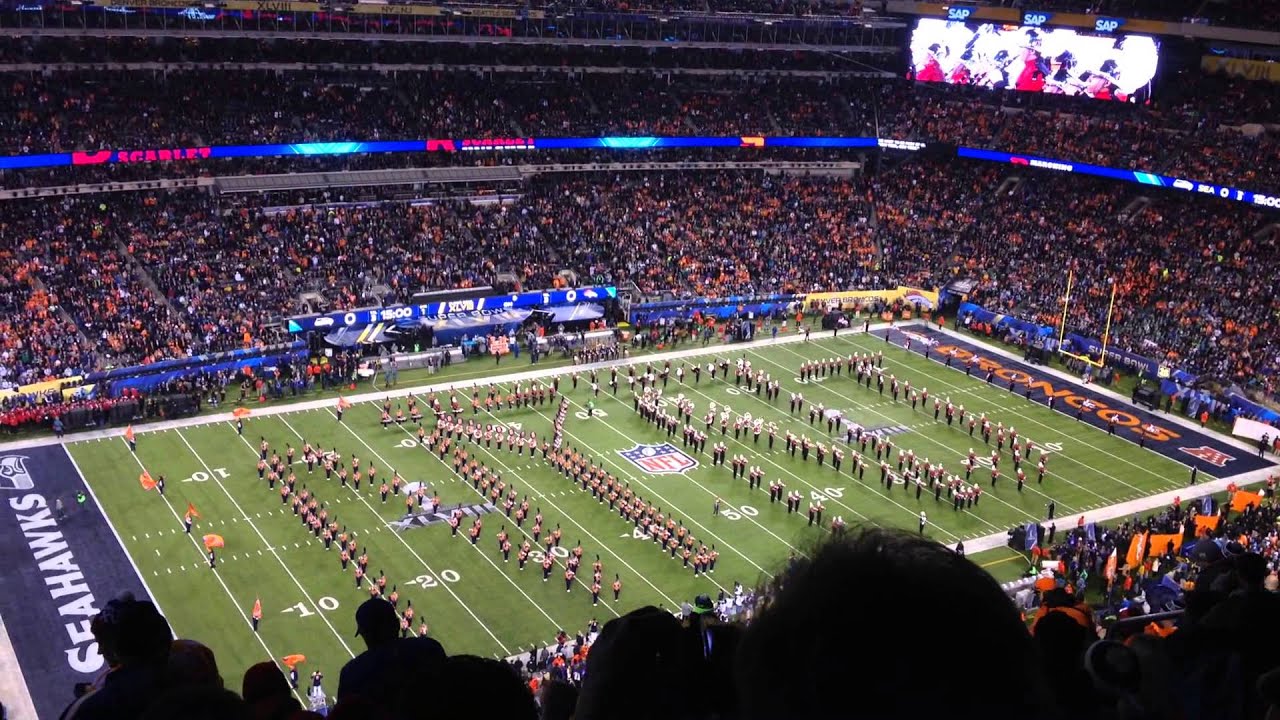 I promised in KPBS on the business of the Super Bowl to "come back with my comments on commercials with science fiction, fantasy, or sustainability themes later."  This isn't that post.  Instead, I'm going to give something I care about nearly as much as all of those the attention it deserves and likely didn't get--marching band.

The marching bands from both Rutgers and Syracuse performed at pregame at the Super Bowl.  Unfortunately, I missed that performance.  However, through the magic of YouTube, I can watch the bands rehearse and, at least for now, a part of their show.  Follow over the jump for four videos that allow me to do just that.

Members of the Rutgers marching band are getting a once-in-a-lifetime opportunity to perform at the big game. The Scarlet Knights will share the field with the Syracuse University band in a rare collaboration between schools. Rutgers band members say it's a thrill to perform on one of the largest stages in the world. We visited their practice to see the preparations in action. Take a look.

Next, The SU Marching Band preps for the Super Bowl.

The Syracuse University Marching Band is making its final preparations for its biggest performance yet: the Super Bowl.

It turns out that more colleges besides Syracuse University have students in the SU band.  Here's a video from SUNY-ESF about SUNY-ESF Students head to Super Bowl with SU Band that shows another perspective on the same subject.

While millions of people are gathering in family rooms and bars across the country to watch the 2014 Super Bowl on television, 13 SUNY-ESF students will be the center of attention at MetLife Stadium, on the field as members of the Syracuse University Marching Band.

Finally, here's a bootleg of the joint performance from a cell phone video: Rutgers & Syracuse at Super Bowl


Let's see how long it lasts before someone makes a copyright claim.
Posted by Pinku-Sensei at 12:00 AM