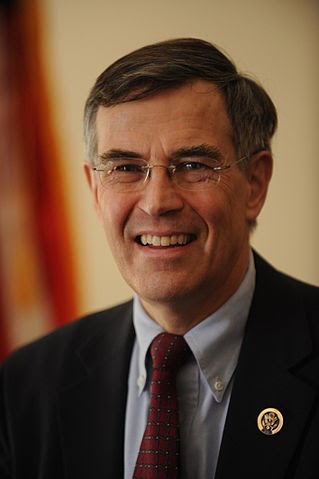 While I’m on the subject of Representatives retiring and their replacements, here’s an item from Science Magazine that I first included in Overnight News Digest: Science Saturday (Our best animal friends) last Saturday night: Rush Holt to Leave Congress.

One of two physicists in the U.S. House of Representatives announced today that he is retiring at the end of the year.

Representative Rush Holt (D-NJ), a plasma physicist, didn’t reveal why he has decided to leave Congress after eight terms, or what lies in his future. “This is not the time to discuss next steps in my career; that can come later,” said Holt, who was assistant director of the Princeton Plasma Physics Laboratory before coming to Washington in 1999.

However, one science lobbyist who knows him well speculates that Holt, who was beaten badly in the Democratic primary last year for an open Senate seat, could still harbor statewide ambitions. “If you wanted to run for governor [in New Jersey in 2017], getting out of the House is probably a good idea,” says Mike Lubell, head of the Washington, D.C., office of the American Physical Society. “At least, that’s what I’d advise him if he asked me.”

The bad news is that a scientist is leaving public office.  The good news is that he may not be gone for good.  Here’s to hoping he runs for N.J. Governor in 2017.  The state needs someone better than Fat Bastard.
Posted by Pinku-Sensei at 12:00 AM