Garfield disapproves of Monday the 13th 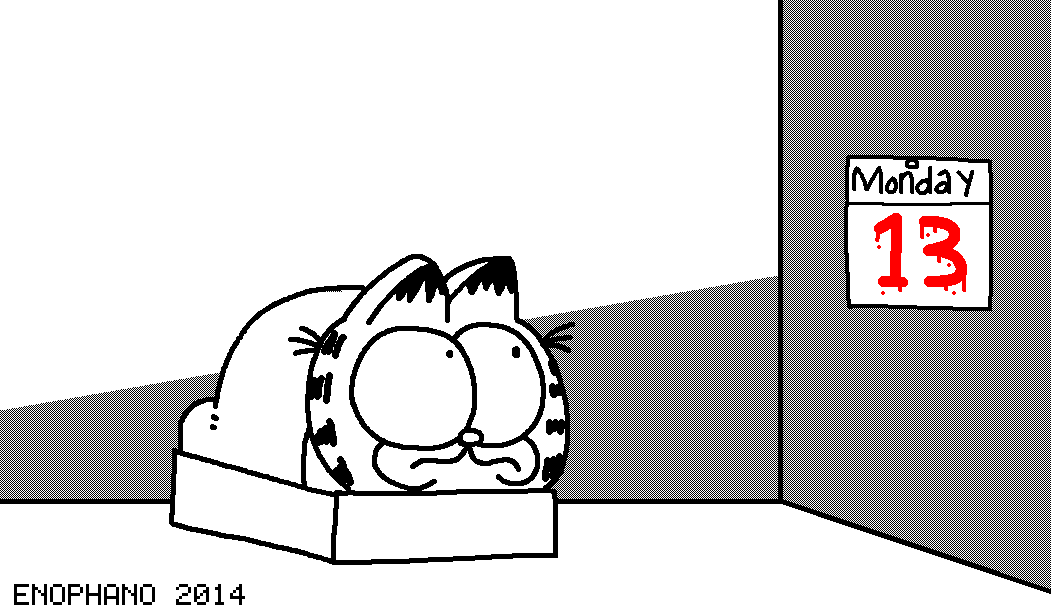 Not only is today Apophis Day, it's also Monday the 13th.  The previous Monday the 13th also happened to be Canadian Thanksgiving, so that holiday got first billing, but Garfield the Cat's classic reaction to the date also made an appearance.  Since I'm an environmentalist, I've decided to recycle.