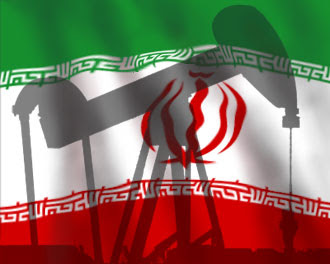 It looks like President Obama's Nowruz greetings to the people of Iran, among other initiatives, paid off, as the big news today was the announcement of a preliminary nuclear deal with Iran.

Iran and six world powers agreed to a path that would block Tehran from developing nuclear weapons, but key points left unresolved in the marathon negotiations and fierce regional and U.S. political opposition suggested major hurdles remain to reaching a final deal.

Officials laid out on Thursday what amounted to goals for a deal by the end of June that would place constraints and controls on Iran’s nuclear work for up to 25 years, with severe limits for the first decade.

That's good news, although the work is nowhere near done.  However, it's already having an effect on the oil markets, something I'm more concerned about than national security, as important as that is.  Follow over the jump for two reports from today about the effects of both the announcement and a possible final deal on world oil

Brent oil fell nearly 4 percent on Thursday after a preliminary pact between Iran and global powers on Tehran's nuclear program, even as officials set further talks in June and analysts questioned when the OPEC member will be allowed to export more crude.
...
North Sea Brent crude futures, the more widely-used global benchmark for oil, settled down $2.15, or 3.8 percent, at $54.95 a barrel, almost $1 above the session low.

"I think the market over reacted and is now sitting back a little to think there is a lot more work to be done," said Dominick Chirichella, senior partner at the Energy Management Institute in New York.

Even though the final deal won't be signed until the end of June and sanctions wouldn't be lifted until 2016 or 2017, traders appear to have priced in a decrease on the fear premium already.  In addition, while there are nearly three full months between now and the signing of any treaty and at least a year before the sanction ease enough for Iran to sell more oil, the anticipation of both events will likely impede major price rises.

As for the effect of Iran fully participating in world oil markets, CNN speculates in Deal could open market to Iranian oil.

CNN's John Defterios takes a look at what impact a deal in the nuclear talks could have on global oil markets in the near and medium term.

This is not good news for the U.S. oil industry, as fracking will be too expensive in an environment awash with cheap oil, but it will be good news for the U.S. and world economy otherwise, at least for the remainder of the decade.  After that, everyone will still have to wean themselves off of oil.  Just the same, should the treaty be signed at the end of June, I promise to post Professor Farnsworth.