Michigan roads are terrible but Proposal 1 still in trouble 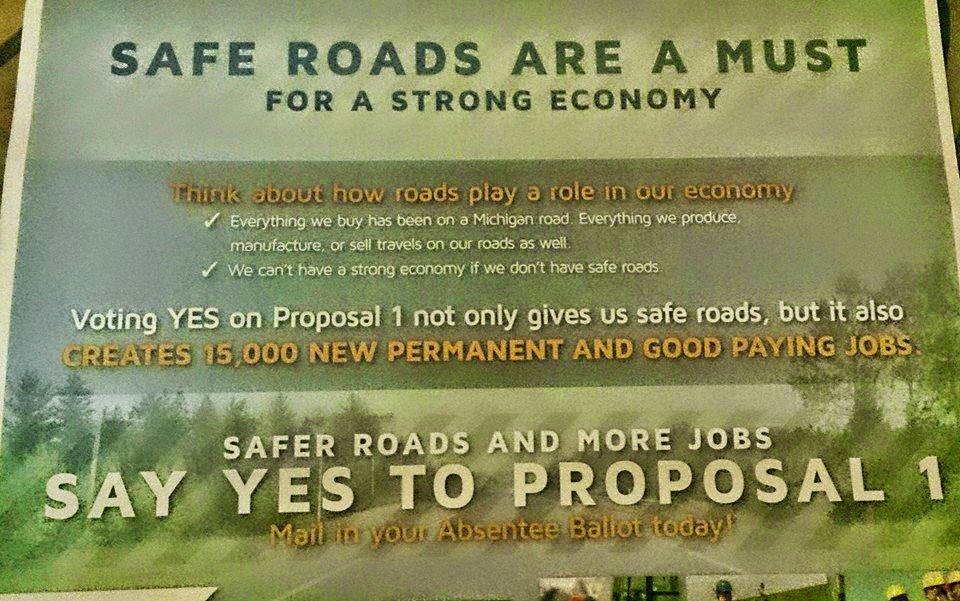 There was more to my comment to The Burden of Denial at The Archdruid Report than the passage that became Mutate now and avoid the rush.

Greer: Today, a nation that once put human bootprints on the Moon can’t afford to maintain its roads and bridges or keep its cities from falling into ruin.

Me: I don't know if the nation can't afford to prevent those signs of decline, but it certainly thinks it can't.  Michigan's Governor proposed a tax increase to fund road maintenance two years ago.  Next month, that measure will be on the ballot.  It's likely to lose, as no one likes it and would rather use its failure to beat up on the other political faction.

WXYZ had two reports on the problem along with the initiative and its lack of support the day before yesterday.  First, Many Michigan roads and bridges are structurally deficient.


It looks like I-75 needs a lot of work. In particular, the overpasses listed 6th through 10th are ones I drive over regularly, so I'm concerned.

Despite the problem, Forum on roads bill finds little support.

A forum on the road funding bill hosted by the Oakland County Republican Party found little support for the measure.

Democrats will have to pass this initiative and a lot of them resent having to carry the Republicans' water, as the comments over at Michigan Liberal show.  I'm not one of them.  I re-registered at my new address Monday, the deadline for the May election, so I could vote yes.  Even so, I'm not optimistic.

For what it's worth, I promised to blog about this topic back in November, but haven't taken the opportunity until now.  Once again, I thank Greer for prompting me.
Posted by Pinku-Sensei at 8:00 PM