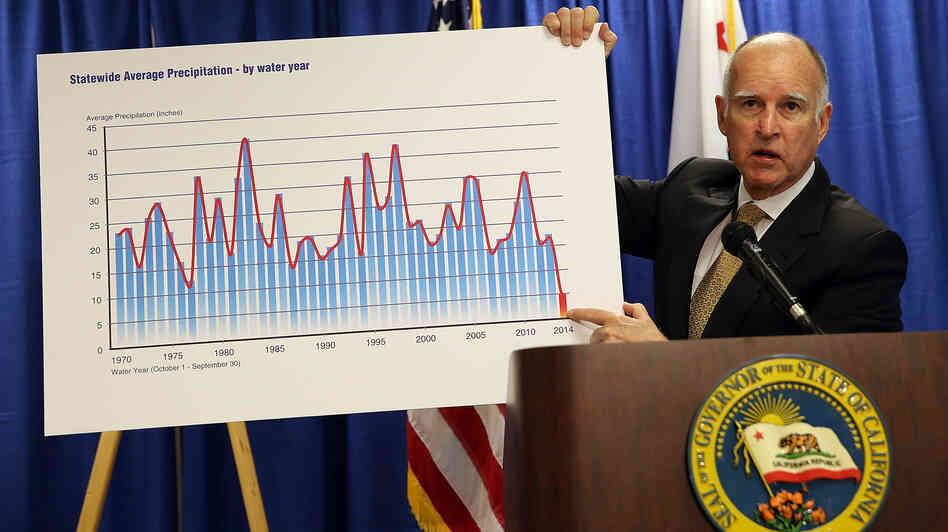 The last time Jerry Brown was mentioned on this blog, he was calling Agenda 21 paranoid Ted Cruz "unfit for office" based on the Cruz's climate change denial.  That was last week.  This week, he let the other shoe drop after last year's 100% of California in drought and Hottest year ever in California.  Since I'd rather laugh than cry, I'll let TomoNewsUS (formerly Next Media Animation) tell the story in California drought: Jerry Brown wants Californians to stop wasting water for 9 months.

Governor Jerry Brown held a press conference on the snowless slopes of the Sierra Nevada mountains yesterday to announce the first ever mandatory statewide water reductions for Californians.

Yes, things have gotten that bad.  Still, it will probably work better than Lady Gaga doing a water conservation PSA, even though that was more fun to write about.
Posted by Pinku-Sensei at 8:00 PM