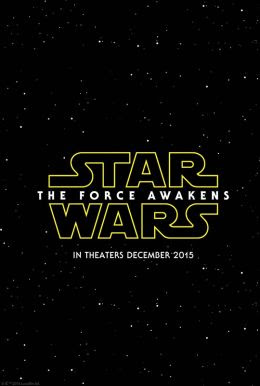 Last week, not one, not two, but three trailers for new Star Wars products were released, one each teasing the movie, a new season of a TV show, and a video game.  For the first of two Sunday entertainment entries, I take a break from DOOM to present all three, along with reactions to the movie trailer.

I begin with the trailer generating the most buzz, the one for the upcoming movie.


Follow over the jump for reactions along with the two other trailers.

Of course the network will promote the film; ABC is part of Disney like Lucasfilm now is.

I like everything about their analysis except the part about the empire attacking itself; I think Chris is being misled by the editing.  Other than that, it was the most positive MST3K treatment I've ever seen.

I'll have more on the movie as Lucasfilm/Disney releases trailers.  In the meantime, there is currently a TV show for which Star Wars Rebels - Season 2 Trailer is promoting.


That was probably the least talked about trailer of the three.  Star Wars Battlefront 3 Trailer (PS4/Xbox One/PC) is getting more attention, although not as much as the movie.

Star Wars Battlefront 3 is due for a November 17th 2015 release.

Darth Vader may have died in the movies more than 30 years ago, but his memory lives on in all these trailers.  As someone wrote about the Sith, Evil never dies.

Stay tuned for a follow-up to 2015 Hugo nominees for movies and television.
Posted by Pinku-Sensei at 1:19 AM