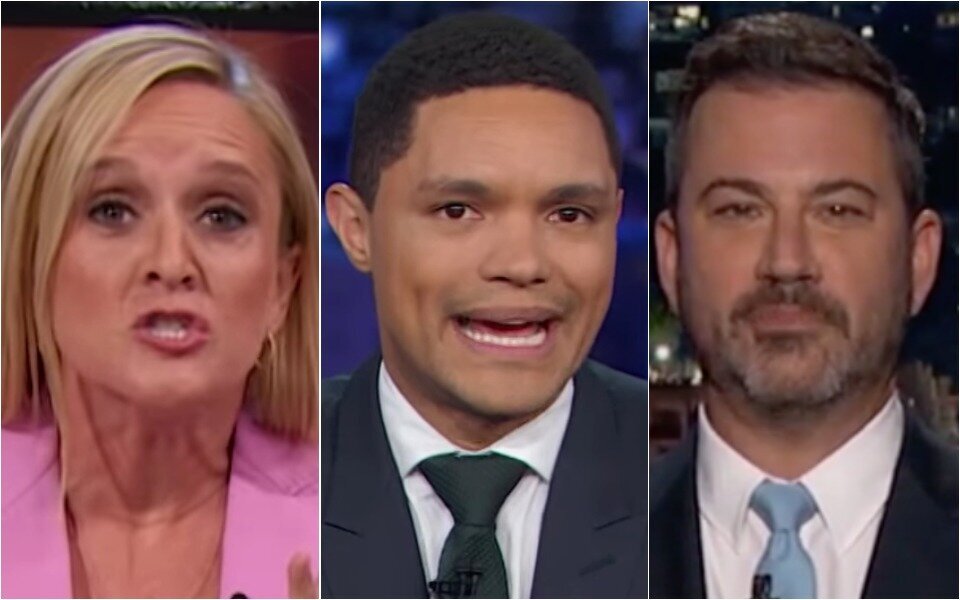 While I've been gazing fondly at the fantasy of the 2019 Saturn Awards, the history of  Apollo 11 50 years later and possibly returning to the Moon, and the reality of the Retail Apocalypse, politics kept going on.  Robert Mueller testified before two House committees yesterday, which inspired a lot of comedic reporting on late night television.  Seth Meyers made the most comprehensive effort as well as the first uploaded to YouTube in Mueller Says Trump Wasn’t Exonerated, Could Be Charged After Leaving Office: A Closer Look.

I was wondering how Meyers and his writers would end this segment.  Elizabeth Warren saying "crazy sh*t" was perfect.

During Robert Mueller’s congressional testimony, House Democrats and Republicans push dueling agendas, while Mueller repels attempts to milk him for damning soundbites, and to paint his investigation as a partisan attack on Trump.

Noah was not the only comedian to say that yesterday's testimony was The Muller Report: The Movie.  The title of Samantha Bee's segment did as well in The Mueller Hearings: The Movie | Full Frontal on TBS.

The television event of the summer has everything America loves: long-winded political testimony, close-up shots of aging white men, and the reminder that our president may have obstructed an investigation into foreign election interference!

I'm with Bee; all the evidence needed for impeachment already exists.  Congress just needs to act on it.

At the risk of going on too long, I'm finishing up with Jimmy Kimmel on Mueller Testimony.

Robert Mueller testified for more than six hours today with the House Judiciary and Intelligence Committees, Donald Trump tweeted more than 20 times in a day, Rudy Giuliani did impressions on 'Fox and Friends,' and Melania prepares the White House for Christmas.

That was worth it, even though I decided to watch it only because the best image I could use to illustrate this entry had Kimmel in it.

Enough reality.  Stay tuned for a return to fantasy tomorrow with the 4000th post on this blog when I examine the horror nominees at the 2019 Saturn Awards.  Zombies!
Posted by Pinku-Sensei at 9:39 AM