How did my predictions for the Saturn Awards movie nominees compare to reality?

I made quite a few predictions about the Saturn Award movie nominees in The highest grossing speculative fiction films of 2018.  Since the nominations finally just came out, it's time to check how well my prognostications turned out.  Follow over the jump. 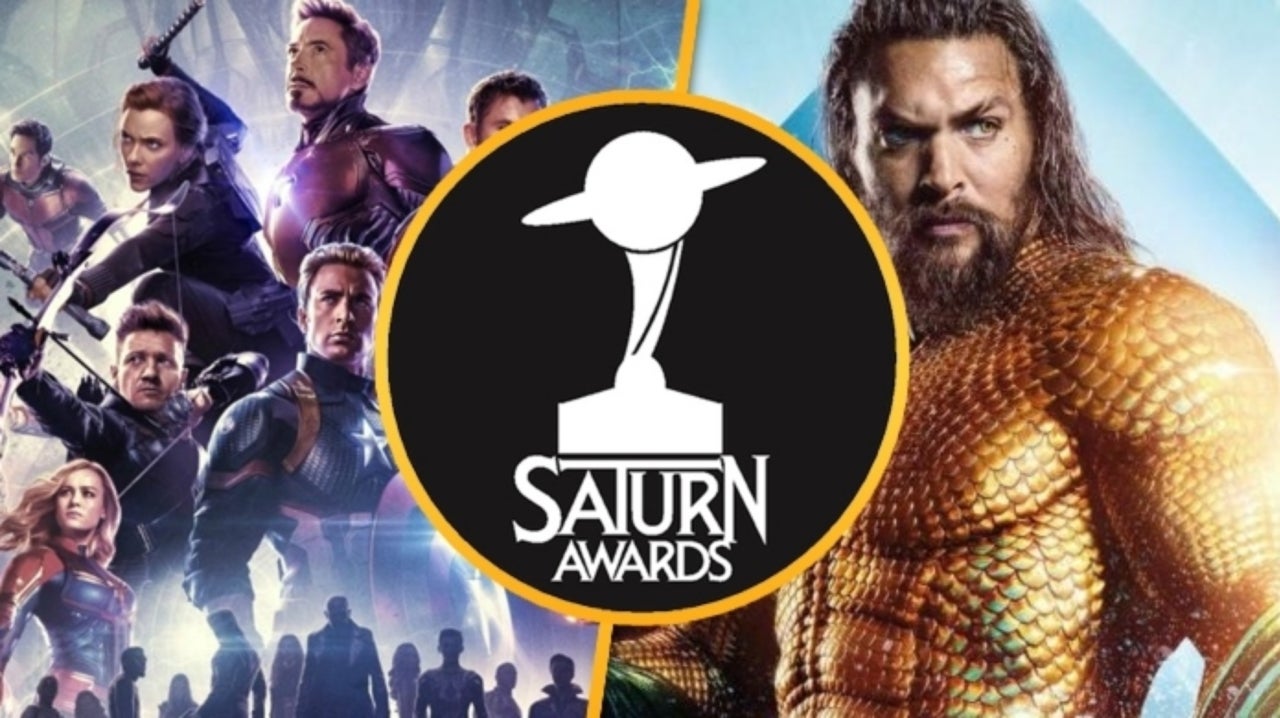 Projected nominees for Best Comic-to-Motion Picture Release at the Saturn Awards: "Avengers: Infinity War," "Deadpool 2," "Aquaman," "Ant-Man and the Wasp," and "Venom."  "Spider-Man: Into The Spider-Verse" probably deserves the spot, but probably won't get it if it is also nominated for Best Animated Film Release, so I am leaving the sixth spot open.

Now the actual nominees for Best Comic-to-Motion Picture Release:
The two bits of good news are that "Spider-Man: Into The Spider-Verse" got nominated here and for Best Animated Film Release and so I can claim credit for getting three right.  As for missing the other three, I chalk that up to the Academy of Science Fiction, Fantasy and Horror Films, which oversees the Saturn Awards, extending the eligibility period up to the July 4th weekend, something that becomes obvious with the nomination of "Stranger Things," which was released on July 4th, in the streaming television categories.  That made "Avengers: Endgame," "Captain Marvel," and "Shazam!" eligible and all of them are better than "Deadpool 2," "Ant-Man and the Wasp," and "Venom," especially "Venom," although I'm not completely sold on "Shazam!" being that much better than "Deadpool 2."

As for which one I'd vote for, I'm likely to protest the films added because of the extension of the eligibility period by nearly three months by voting for "Aquaman" over "Captain Marvel."  Besides, I want to support one of the nominees for the 2018 Golden Coffee Cups for movies.  Last year, I thought finessing the deadline to make "Black Panther" eligible was annoying.  It's nothing compared to this!  Also, it would be my effort to stop the trend of the award going to "MCU movies focused on single heroes, less well known ones, or both."  According to that pattern, "Captain Marvel" would be the obvious choice for the Saturn Awards electorate.

Last year, the Saturn Awards only nominated five films for Best Animated Film Release.  If so, the top five films [Incredibles 2, Dr. Seuss' The Grinch (2018), Ralph Breaks the Internet, Hotel Transylvania 3: Summer Vacation, and Spider-Man: Into The Spider-Verse] would be a good field.  For a sixth film, I would hope they skip over to "Isle of Dogs," but they might include "Smallfoot," "Teen Titans Go! To The Movies," or "The LEGO Movie 2: The Second Part," which will be released next month before the eligibility deadline.

Now, the actual nominees for Best Animated Film Release:
I called four and saw one of my alternates "How to Train Your Dragon 3: The Hidden World" make it in over the artistically weakest of the top five "Hotel Transylvania 3: Summer Vacation," while the expanded eligibility period allowed "Toy Story 4" to get in over "Isle of Dogs."  The latter movie will have to be satisfied with itsEMA Award.  As for which one I'll vote for, it's a choice between "Incredibles 2" and "Spider-Man: Into The Spider-Verse."  Since I tend to vote for the entertainment professionals' choice unless I have compelling reasons otherwise, that would make it "Spider-Man: Into The Spider-Verse."

I listed three more science fiction movies this year than last, so in that regard, 2018 was a better year for the genre than 2017.  Still, this may be just as mediocre a year in terms of quality, although I don't think it was any worse.  In addition, I'm not too sure about where the Saturn Awards selection committee will place some of these films.  Some, such as "Rampage," "Pacific Rim: Uprising," and "Mortal Engines," might be classed as fantasy, "Alpha" as action, and "Upgrade" as horror.  That written, here is my projected field for Best Science Fiction Release at the Saturn Awards: "Jurassic World: Fallen Kingdom," "Solo: A Star Wars Story," "Ready Player One," "Bumblebee," "The Predator (2018)," and "Annihilation."

Here are the films that earned nominations for Best Science Fiction Film Release:
Four of my six picks made the cut.  As for the other two, I'm not sorry about "The Predator" not getting a nomination; I think it was the weakest of the six.  I am disappointed that "Annihilation" didn't get picked.  Still, the Saturn Awards are about entertainment not art and "Annihilation" was better art than entertainment.  However, that does not make the movies that were nominated any less worthy.  I mentioned two of them, "Alita: Battle Angel" and "Upgrade," as possible nominees in January, the former as a comic book movie and the latter as horror, and completely skipped over "Sorry to Bother You" at the time, because I just thought it was a comedy, not a science fiction film.  I finally noticed what it really was when I posted The highest grossing political speculative fiction films of 2018.  It was also nominated for the Hugo Award for Best Dramatic Presentation, Long Form and Ray Bradbury Award for Best Dramatic Presentation at the Nebula Awards, so it's a legitimately good science fiction film.  As for my vote, it's going to Solo: A Star Wars Story.  That movie needs more love.

To determine my list of nominees for Best Horror Film Release at the Saturn Awards, I'm going to run down the list and eliminate any films that debuted on or before February 16, 2018.  That leaves "A Quiet Place," "Halloween (2018)," "The Meg," "The Nun," and "The First Purge" before I have to use much judgment.  "The Meg" might be moved to Thriller, but I doubt it, although the selection committee likes its horror supernatural, not realistic, so "The First Purge" might not survive the cut either, or futuristic, which keeps "The Predator" in science fiction.  The Saturn Awards also tends to move horror comedies to fantasy (if it's more funny than scary, it's not horror), so "Goosebumps 2: Haunted Halloween" is out, leaving "Hereditary."  If "The Meg" gets moved, then I expect the nominations might jump all the way down to "Suspiria."  It's also possible that the selection committee might include the just-released "Escape Room," or the yet to be released "The Prodigy" or "Happy Death Day 2U," both of which will meet the eligibility deadline.

The extended deadline made the nominees for Best Horror Film Release look very different from my picks.
I did get three, but the selection committee surprised me by selecting "Overlord" instead of "Suspiria" from last year's horror films.  However, "Suspiria" did not go away empty-handed, as it earned a nomination for Best Film Make-Up.  As for the three films from the expanded eligibility period, I think "The Dead Don’t Die" and "Us" are excellent choices, but I'm not sure "Pet Sematary" is better than "The Meg" or "The Nun."

I think the choice is between "A Quiet Place" and "Us."  I'm voting for "A Quiet Place," both on its merits and to protest the added three months of eligibility. 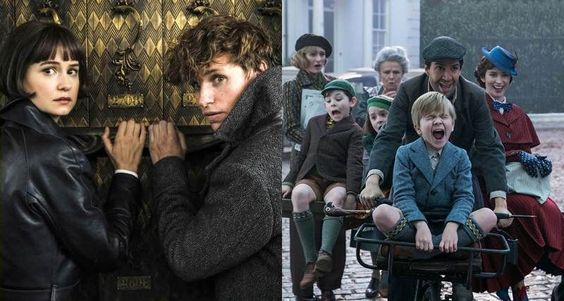 As for which movies will make the list of nominees for Best Fantasy Film Release at the Saturn Awards, I offer the following: "Mary Poppins Returns," "Fantastic Beasts: The Crimes of Grindelwald," "A Wrinkle in Time," "Disney's Christopher Robin," "The House With A Clock In Its Walls," and "The Nutcracker and the Four Realms."  Of all of them, "The House With A Clock In Its Walls" is the weakest nominee and the most likely to be replaced by another movie, probably one of "Rampage," "Mortal Engines," or "The Kid Who Would be King."

I had the least confidence in my ability to pick the nominees for Best Fantasy Film Release and I was right, as only two of my choices made it, although I can claim that it was because of the expanded deadline for nominees.
Five of the seven films are from the three-month extension to the eligibility period, so of course I wouldn't have forecast them as nominees.  That written, those three months resulted in a much better field than would have happened otherwise.  Still, I'll be casting my vote for the better of the two films I predicted would earn a nomination, "Mary Poppins Returns."

The voting period for this year's awards lasts only until July 29th, so I'm planning on posting a Saturn Awards entry every day until then.  Stay tuned for my analyses of the rest of the categories, beginning with all the nominations for the comic book movies tomorrow.
Posted by Pinku-Sensei at 10:16 AM