California hit by two earthquakes over 4th of July weekend 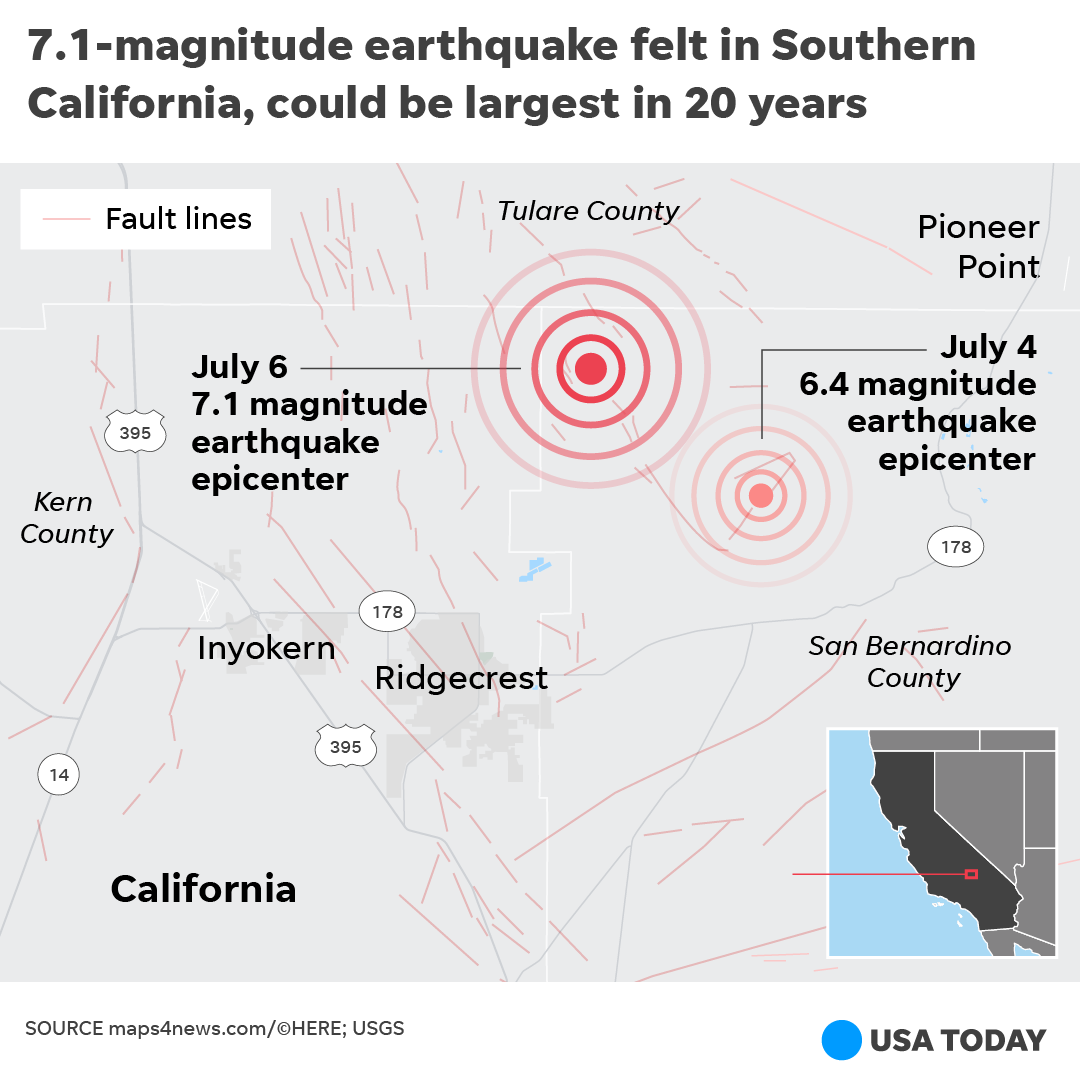 I know I promised that "I plan on posting the update to the Democratic candidates at On The Issues I promised in Senators and Representatives running for the Democratic nomination are drifting to the left as they campaign [today]" at the conclusion of Wired on dead malls, a tale of the Retail Apocalypse, but that's not happening.  While I'm working on it, it needs more time and energy than I have today.*  Besides, I just saw another shiny object that matches my interests, science, particularly geology, disasters, and my old home state of California.  CBS News reports in California officials assessing damage after powerful earthquake.

Seismologists are warning that large aftershocks could continue in Southern California for days after a 7.1 magnitude earthquake struck the area. CBS Los Angeles reporter Joy Benedict joined CBSN with the latest.

Reena Nina of CBS News continued her coverage of the disaster in Southern California reeling after another earthquake strikes.

A massive 7.1 magnitude earthquake hit Southern California on Friday night. It is the second earthquake to rattle the area in the past two days. Dr. Wendy Bohon, a geologist for the Incorporated Research Institutions for Seismology, joined CBSN with more.

I may have moved out of California 30 years ago, but this story still hits home for me.  It's also one that I can tell my geology students, adding to my earthquake war stories that I've included in my lectures over the year.

The best think I can say about this series of earthquakes is the same one I mentioned in Magnitude 7.0 earthquake strikes Anchorage, Alaska; there seem to be no fatalities.  Considering that the slightly smaller earthquakes I recount to my students have killed people, sometimes more than 60 of them, that's very fortunately.  It seems the same is true of these quakes, as CBS Los Angeles reported in Ridgecrest Police Chief: No Fatalities, Casualties From Quake 'By The Grace Of God'.

Police Chief Jed McLaughlin said so far there were no injuries or deaths from the Ridgecrest quake.

May it stay that way.

*Right now, I have it scheduled for Monday.  Stay tuned.
Posted by Pinku-Sensei at 4:24 PM