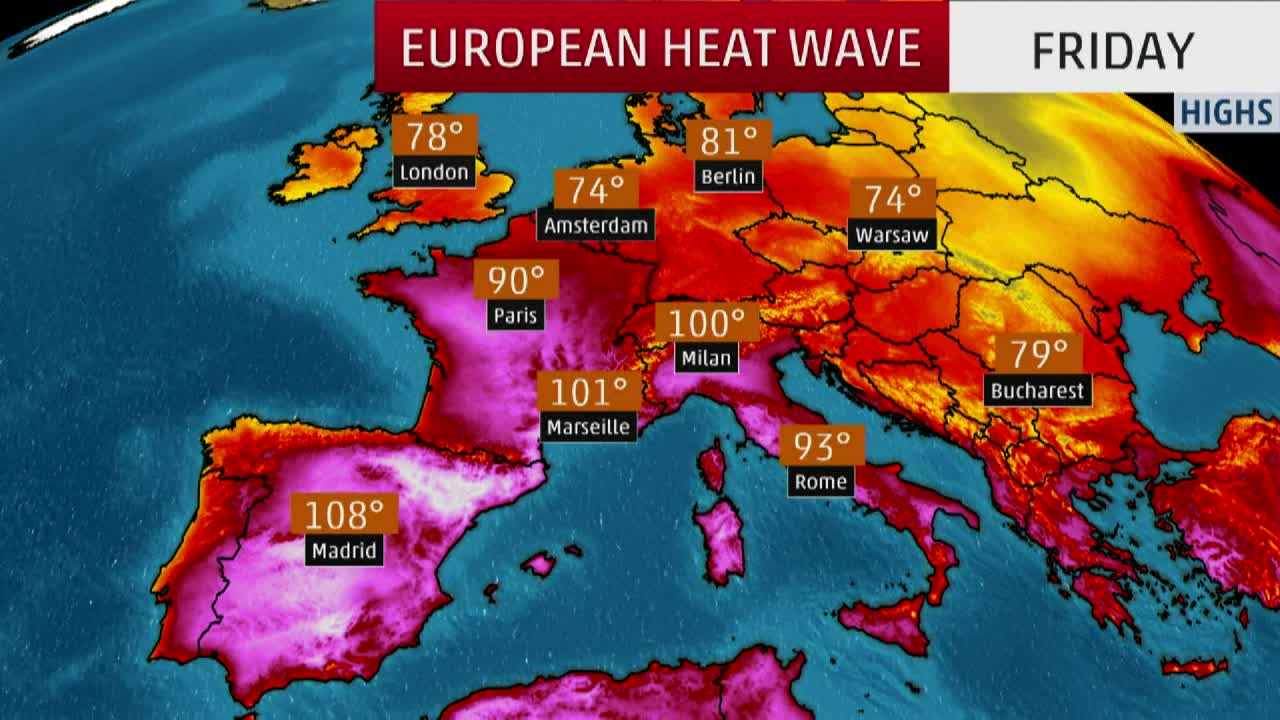 One month ago, I reported carbon dioxide hit another record at 415 ppm.  I also followed up on my forecast for the global average surface temperature this year.

My prediction that 2019 would be a warmer year than 2018, which was the fourth warmest on record, looks like it will come true, although the planet is not on track for it to beat 2016 or 2017.  Instead, 2019 appears to be on track to become the third warmest year ever.  Welcome to the 400 ppm world.

That's for the global temperature, not about local temperatures, which are likely to still set new records.  That happened across Europe last week from Spain to the Czech Republic, which prompted PBS NewsHour to ask Why is it so hot in Europe?

An extreme heat wave is gripping much of Europe, breaking records and causing widespread misery. Temperatures soared well over 100 degrees Fahrenheit in France, Germany and Spain. While the heat is coming from sub-Saharan Africa, some researchers say climate change is exacerbating and prolonging it. They warn more record highs are likely--and along with them, more deaths. William Brangham reports.

When I wrote last December that The Lancet reports climate change is a "medical emergency," the morbidity and mortality caused by more frequent and intense heat waves are among the main reasons why.  Time to share this sign from one of this year's Youth Climate Strikes again.

Panicking yet?
Posted by Pinku-Sensei at 9:00 AM