Samantha Bee explains how to get away with election interference 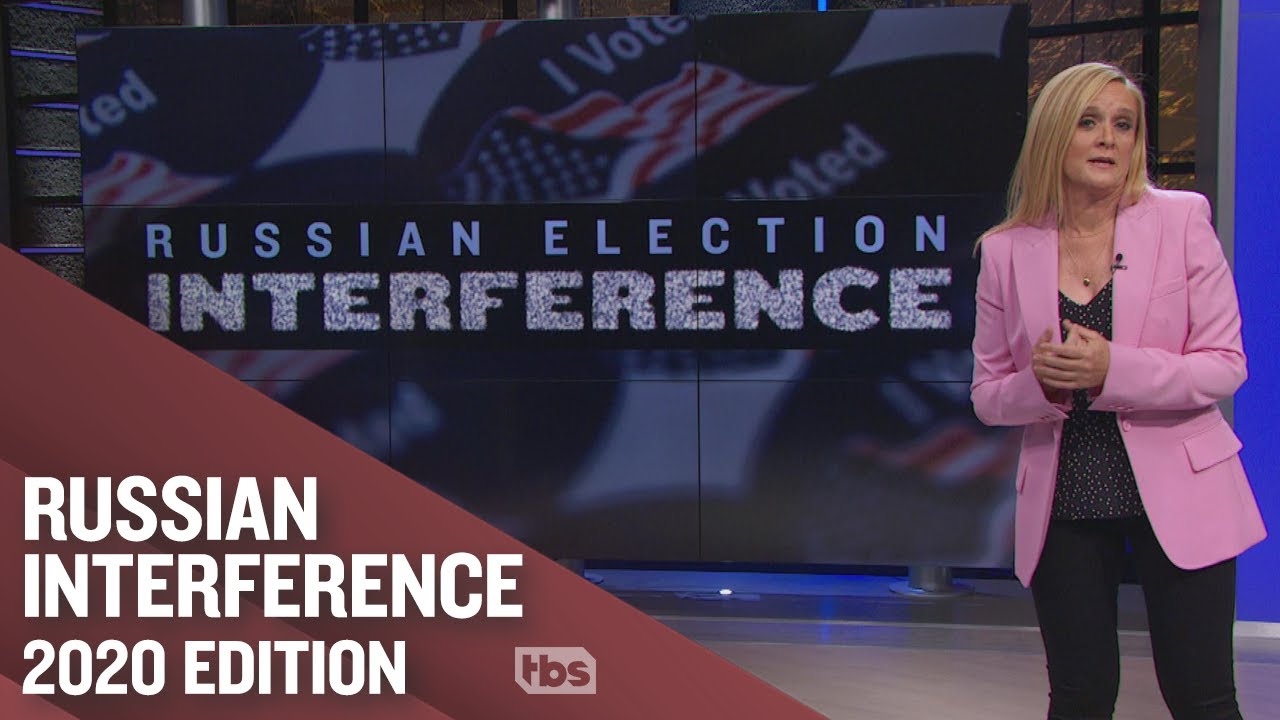 I told my readers to "Stay tuned" as ""I'm not done with this topic" at the end of Both Robert Mueller and Senate Intelligence Committee warn of Russian interference in U.S. elections, because "I plan on posting a humorous entry on it tomorrow featuring Samantha Bee and any other late-night comedians who weighed in on it."  It turned out to be just Bee explaining How To Get Away With Widespread Election Interference...Again!

Turns out the Russians interfered with the 2016 election! And they would have gotten away with it too, if not for the tough, unwavering stance of our fearless leader--wait, what’s that? They totally got away with it and are about to do it again? Jinkies!

I'm almost as disappointed that she didn't make the Scooby-Doo joke in her routine as I am that "Moscow Mitch" McConnell is blocking a bipartisan bill to increase election security as "socialism."  However, I'm not disappointed in the clip otherwise.  I learned more from seven minutes of reporting laced with comedy than I did in four clips of straight reporting I embedded in yesterday's post.

Speaking of learning more from comedy, follow over the jump for more from Bee on Russian trolls and agents from 2016 and 2017.

Bee interviewed two of Putin's hackers and agents who engaged in election interference back in 2016.  Watch Russian Thinkfluencers, which was posted on Halloween.  I found that date just too appropriate.

Trump says Russia isn't influencing our election, and so do these Russian trolls who are being paid to influence our election.

I wish I'd seen this three years ago.  I really could have used it then.

That's not all.  Here's We Told You So: Russian Hacking from April 2017, where those Russian trolls make a cameo.

Turns out Americans are exactly as gullible as Russian trolls think we are.

Yeah, they told us so.  As for Devin Nunes running over to the White House for secret info, at the time I thought it was a plot idea that was rejected from "House of Cards" for being too outlandish, then shopped to "Scandal" and rejected for being too silly, so it ended up being used on "Veep."

The final clip from Bee I'm sharing is Russian Bots and Trolls from November 2017.

For the low, low price of $200, you too can control the fate of any American election.

When I wrote in so many words two years ago that I should watch more Samantha Bee, I should have followed my own advice.  This is great stuff!

I'll return with the examination of the superhero television and streaming nominees at the Saturn Awards I promised in 'Westworld' vs. 'The Orville' and 'Doctor Who' plus 'Star Trek: Discovery' vs. 'Lost In Space' at the 2019 Saturn Awards.  Stay tuned.