'Westworld' vs. 'The Orville' and 'Doctor Who' plus 'Star Trek: Discovery' vs. 'Lost In Space' at the 2019 Saturn Awards 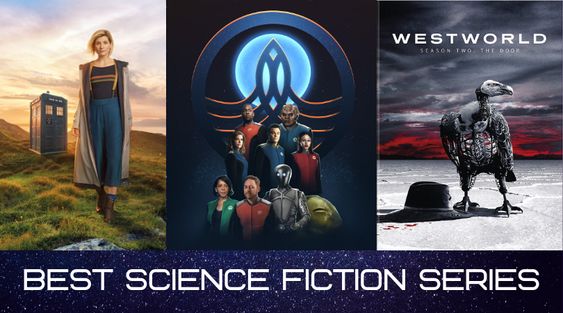 I concluded 'The Walking Dead' vs 'Fear the Walking Dead' and 'The Haunting of Hill House' vs. 'You' at the 2019 Saturn Awards by telling my readers to "Stay tuned" because "The next installment of this series should be the science fiction nominees, both on TV and streaming."  I begin with a category I've been looking forward to for more than a year, as I knew it would match last year's Best Science Fiction Series, "The Orville," against the previous year's winner of the award, "Westworld."  File 770 lists both of them among this year's nominees.

It should come as no surprise that I'm voting for "Westworld," which I consider to be the best science fiction program on TV.  It should also come as no surprise that I think "The Orville" is more likely to win.  As I wrote last year, "I think that show's best episodes haven't aired yet."  This year's episodes proved me right.  That written, the two are even in nominations with three each along with "Doctor Who."  "Krypton" has two nominations, while all the rest, "The 100," "Counterpart," "Manifest," and "Roswell, New Mexico," have one each.  I'm particularly happy to see "Manifest" here, even if I'm not voting for it.

"The Orville" is fake "Star Trek."  The real thing is nominated in the next category. 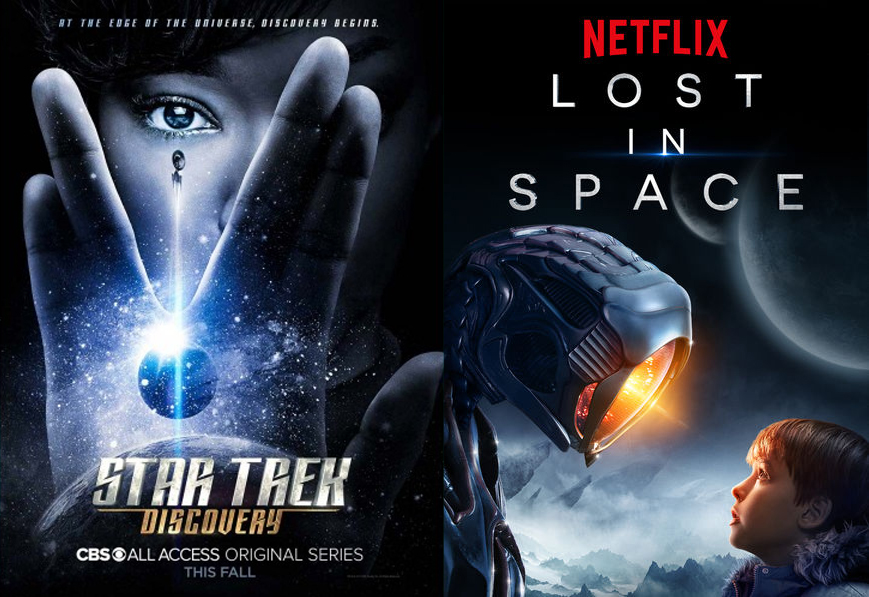 "Lost in Space" and "Star Trek: Discovery" both have five nominations.  "Good Omens," "Russian Doll," and "Tom Clancy's Jack Ryan" all have two, while "Black Mirror" and "The Expanse" each have one.  This is a very good field, but I'm sure the top two nominees are the favorites with "Star Trek: Discovery" having a slight edge, as it won Best New Media Series last year.  It's also the one I'm thinking of voting for.

Next, a category I normally would have examined with science fiction film nominees because of the Star Wars nominee, but the Saturn Awards weren't ready by Star Wars Day.  So, I'm covering it here for lack of a better available topic. 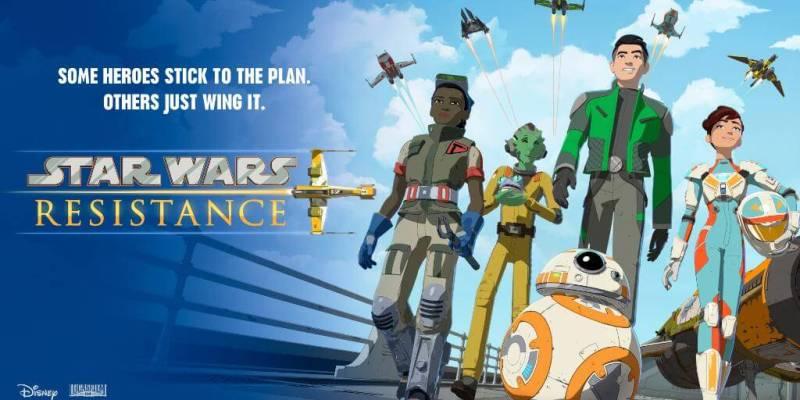 Of course I'm voting for "Star Wars Resistance" and I think it will win.  As for the rest, it's a good field, but it's two nominees short.  Now I really regret not submitting my suggestions, which would have included "The Venture Brothers" and "Rick and Morty" if any of the episodes aired during the eligibility period.

Follow over the jump for the television acting nominees from 'Game of Thrones' vs. 'Outlander' at the 2019 Saturn Awards followed by the streaming acting nominees from 'The Walking Dead' vs 'Fear the Walking Dead' and 'The Haunting of Hill House' vs. 'You' at the 2019 Saturn Awards along with my comments on the actors nominated from science fiction shows and their competitors. 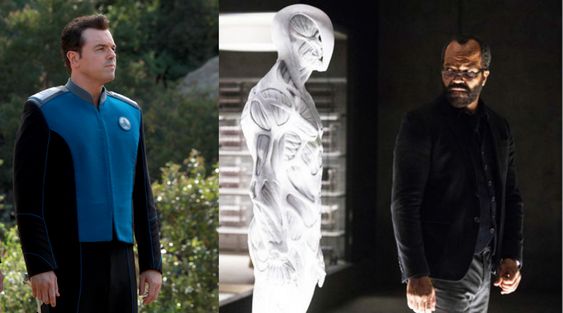 Seth MacFarlane is the other nominee from a science fiction show and he might have an outside chance of winning. 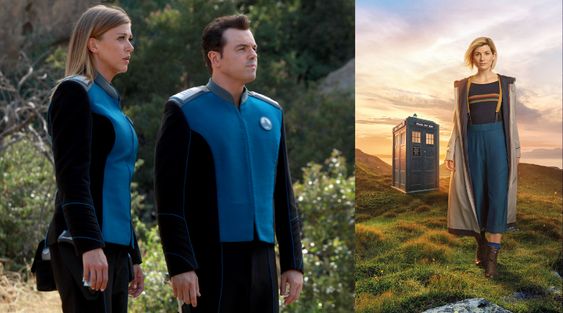 The science fiction nominees are Adrianne Palicki and Jodie Whittaker.  I think Whittaker might have a shot but Palicki should just be happy to be nominated.  Also, I'm going to air a complaint that I don't get a chance to vote for Evan Rachel Wood from "Westworld."  Just the same, I don't know if she's better than Oh.

Harris won this award two years ago, so I'm rooting for him to repeat.

There are no nominees from science fiction shows for Best Supporting Actress on a Television Series.  That gives me an opportunity to express my annoyance that I don't have a chance to vote for Emmy winner Thandie Newton.  The selection committee likes the men from "Westworld" but not the women?  Hmph. 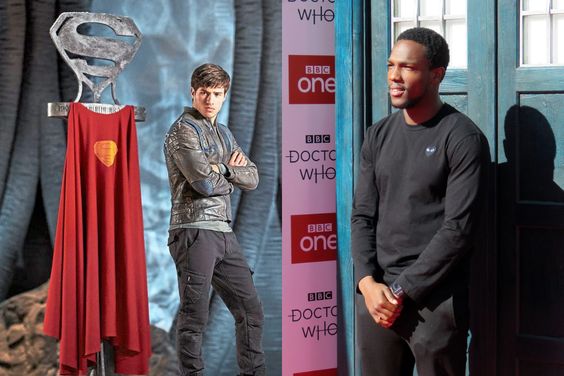 Tosin Cole and Cameron Cuffe are the nominees from science fiction shows here.  They should just be happy to be nominated.

There are no science fiction nominees for Best Guest-Starring Performance on a Television Series so I can complain that no nominees from either "The Orville" or "Westworld" were recognized.

The one nominee from a horror/thriller series is Penn Badgley from "You," who has an MTV Movie & TV Awards nomination for Best Villain for this role.  If enough younger viewers paid the $40 for a membership, he would have a chance of winning.  I don't think they did, especially since I had such a short window so I couldn't promote membership like I did last year.  Instead, I think it's between Jon Bernthal and David Tennant for this award.  Between the two, I'd vote for Tennant the former Doctor who makes for a hilarious demon in "Good Omens."  However, I think I'll vote for John Krasinski as Tom Clancy.

It just so happens that my two favorites are from action and fantasy streaming series, which are also part of the category. 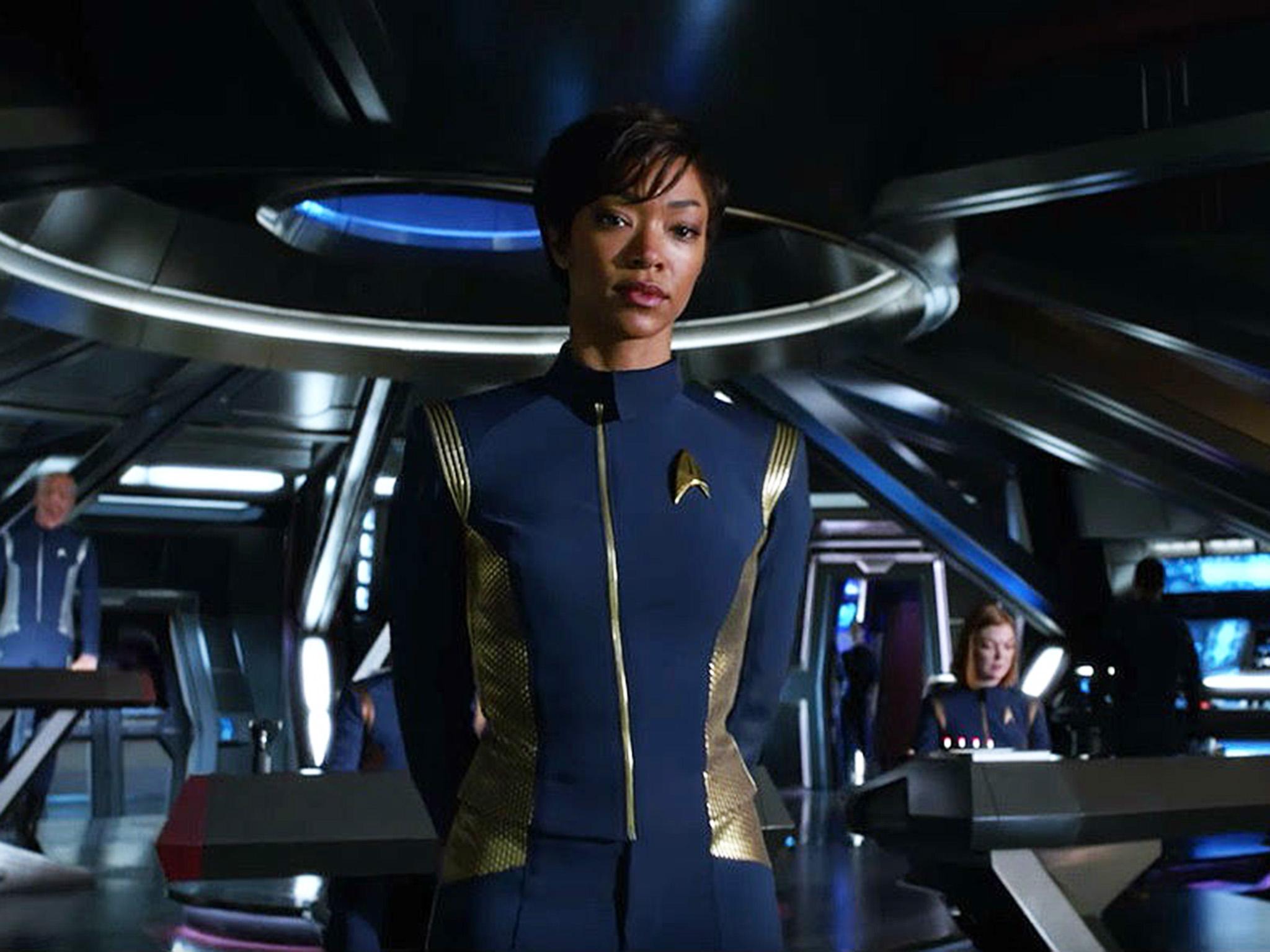 Molly Parker is the other nominee from a science fiction series while Natasha Lyonee is from a fantasy series. 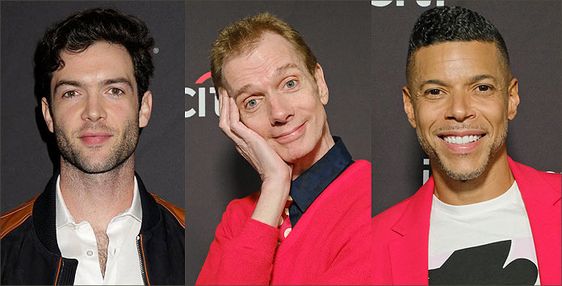 Last year, I wrote "Doug Jones, Michael McKean, or Evan Peters would win with more professionals voting."  I tweeted something like that last year and Doug Jones liked the tweet.  Substitute Timothy Hutton for McKean and Peters, who aren't nominated and wouldn't be competing in this category anyway, and that's the professional's choice this year.  Since Jones liked my tweet and I think he did an even better job this season than last, I'm voting for him.  As for who might win, I don't know.

Taylor Russell is the other nominee from "Lost in Space" and I'm glad she's here, although I found the actress who plays her sister Penny more interesting.

That's it for science fiction series, both regular television and streaming.  Tomorrow, I'm looking at the superhero nominees.  Stay tuned.