'A Steampunk calculator' and six other sustainable technologies from The Archdruid 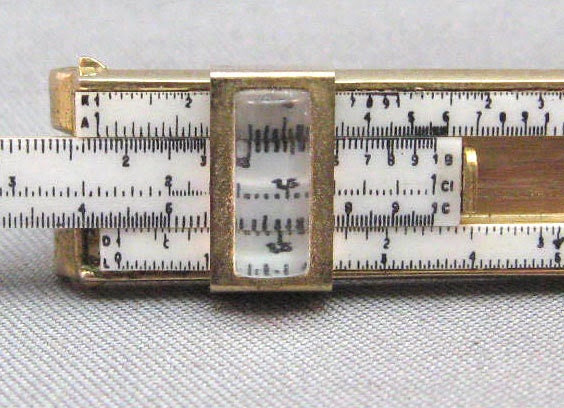 I've been so busy with other topics that I haven't posted my two most recent conversations with Greer the Archdruid.  Fortunately, as I noted in Putin the Brony on His Little Pony, readers have enjoyed this topics and my stats are doing well.  Just the same, I think it's time to post the latest one, in which I engage Greer on last Wednesday's Seven Sustainable Technologies.

Greer gave me two openings last week.  The first was one that I had responded to before, about how mainstream thought in particular and mainstream economics in general were ignoring our energy issues as a source of our economic problems.

Plenty of explanations have been proposed for the current era of economic unraveling, but I’d like to suggest that the most important factor is the overall decline in the “energy profit” that makes modern economies possible at all.

That gave me an opportunity to be a good environmentalist and recycle a comment I'd left at Kunstler's blog.

One person who should know better, but completely discounts the idea of resource depletion as an important contributor to the current situation is Paul Krugman.  In a New York Review of Books article, Krugman revealed that he was the research assistant for William Nordhaus’ landmark paper, “The Allocation of Energy Resources.” He “spent long hours immured in Yale’s Geology Library, poring over Bureau of Mines circulars and the like.” If someone with his experience with the economy of energy doesn’t get Peak Oil, then it’s probably hopeless for most economists to comprehend the issue. James Hamilton of UC San Diego is about it. That’s why I use people like Jim Kunstler as one of my examples of ecological economists (he's in a film I show my students; if you were, I'd use you instead), and list Krugman among the conventional economists.

Greer didn't respond to that.  The next part was more fruitful.

Speaking of things I tell my students (I teach environmental science, a field that is full of the "bright green" types that you deride as unrealistic), I really like your list of seven sustainable technologies and plan on including them in my teaching.

As a Crazy Eddie, I happen to be one of those "bright green types."*  Fortunately, Greer doesn't know this. Follow over the jump for what did get his attention.

1. Organic intensive gardening.  I’ve commented before that when future historians look back on the twentieth century, the achievement of ours that they’ll consider most important is the creation of food growing methods that build soil fertility rather than depleting it and are sustainable on a time scale of millennia. The best of the current systems of organic intensive gardening require no resource inputs other than locally available biomass, hand tools, and muscle power, and produce a great deal of food from a relatively small piece of ground. Among the technologies included in this suite, other than the basics of soil enhancement and intensive plant and animal raising, are composting, food storage and preservation, and solar-powered season extenders such as cold frames and greenhouses.

2. Solar thermal technologies.  Most of the attention given to solar energy these days focuses on turning sunlight into electricity, but electricity isn’t actually that useful in terms of meeting basic human needs. Far more useful is heat, and sunlight can be used forheat with vastly greater efficiencies than it can be turned into electrical current. Water heating, space heating, cooking, food preservation, and many other useful activities can all be done by concentrating the rays of the sun or collecting solar heat in an insulated space. Doing these things with sunlight rather than wood heat or some other fuel source will take significant stress off damaged ecosystems while meeting a great many human needs.

3. Sustainable wood heating.  In the Earth’s temperate zones, solar thermal technologies can’t stand alone, and a sustainable way to produce fuel is thus high up on the list of necessities. Coppicing, a process that allows repeated harvesting of fuel wood from the same tree, and other methods of producing flammable biomass without burdening local ecosystems belong to this technological suite; so do rocket stoves and other high-efficiency means of converting wood fuel into heat.

4. Sustainable health care. Health care as it’s practiced in the world’s industrial nations is hopelessly unsustainable, dependent as it is on concentrated energy and resource inputs and planetwide supply chains.  As industrial society disintegrates, current methods of health care will have to be replaced by methods that require much less energy and other resources, and can be put to use by family members and local practitioners. Plenty of work will have to go into identifying practices that belong in this suite, since the entire field is a minefield of conflicting claims issuing from the mainstream medical industry as well as alternative health care; the sooner the winnowing gets under way, the better.

5. Letterpress printing and its related technologies.  One crucial need in an age of decline is the ability to reproduce documents from before things fell apart. Because the monasteries of early medieval Europe had no method of copying faster than monks with pens, much of what survived the fall of Rome was lost during the following centuries as manuscripts rotted faster than they could be copied. In Asia, by contrast, hand-carved woodblock printing allowed documents to be mass produced during the same era; this helps explain why learning, science, and technology recovered more rapidly in post-Tang dynasty China and post-Heian Japan than in the post-Roman West.  Printing presses with movable type were made and used in the Middle Ages, and inkmaking, papermaking, and bookbinding are equally simple, so these are well within the range of craftspeople in the deindustrial dark ages ahead.

6. Low-tech shortwave radio.  The ability to communicate over long distances at a speed faster than a horse can ride is another of the significant achievements of the last two centuries, and deserves to be passed onto the future. While the scientific advances needed to work out the theory radio required nearly three hundred years of intensive study of physics, the technology itself is simple—an ordinarily enterprising medieval European or Chinese alchemist could easily have put together a working radio transmitter and receiver, along with the metal-acid batteries needed to power them, if he had known how.  The technical knowledge in the amateur radio community, which has begun to get interested in low-tech, low-power methods again after a long flirtation with high-end technologies, could become a springboard to handbuilt radio technologies that could keep going after the end of industrial society.

7. Computer-free mathematics.  Until recently, it didn’t take a computer to crunch the numbers needed to build a bridge, navigate a ship, balance profits against losses, or do any of ten thousand other basic or not-so-basic mathematical operations; slide rules, nomographs, tables of logarithms, or the art of double-entry bookkeeping did the job.  In the future, after computers stop being economically viable to maintain and replace, those same tasks will still need to be done, but the knowledge of how to do them without a computer is at high risk of being lost. If that knowledge can be gotten back into circulation and kept viable as the computer age winds down, a great many tasks that will need to be done in the deindustrial future will be much less problematic.

I'm in the middle of a two-part lecture on sustainability in which I've already mentioned organic farming and have already included solar and wood energy in the notes for the second half.  Health care isn't on the agenda this week, but I know the topic will come up repeatedly during the semester, as the sustainability issues are becoming very apparent.

As for the rest, those might take some doing.  I may have to use them as prospects to scare them.  Hey, kids, anyone here want to do what your grandparents did, and use a slide rule instead of the calculator on your smartphone?  I can already imagining them freaking out.  Heh, heh, heh.