I concluded Seth Meyers and Samantha Bee weigh in with their closer looks at the first presidential debate "while this is my second bite at the apple of the debate, it might not be my last. I haven't checked the TV schedule yet, but if Saturday Night Live and/or John Oliver revisit the debate, I'll probably post their takes on it as well. Stay tuned to find out." I also told my readers yesterday to "Stay tuned for a post celebrating Wester followed by the Sunday entertainment feature. I'll probably write about another Emmy winning show." As I expected, I get to do both for this week's Sunday entertainment feature, as SNL couldn't resist the debate, converting it into First Debate Cold Open to begin the new season.

That's about the level of absurdity that debate deserved, as portrayed by two great comic actors, Baldwin and Carrey, in the roles of Trump and Biden. We know we'll get Baldwin as Trump and Maya Rudolph as Kamala Harris back as Trump if there is another debate. I hope we get Carrey, again, too.

While President Trump testing positive for COVID-19 was only hinted at in the cold open, it was an explicit topic of the next segment, Chris Rock Stand-Up Monologue.

Host Chris Rock does stand-up about Donald Trump contracting COVID-19, the pandemic and the U.S. government.

Rock raised a number of serious points in his monologue, including rethinking government. I'll have to ponder them beyond "if I want a bunch of dukes and duchesses running the country, I'd advocate for a new constitution that replaces the republic with a constitutional monarchy and invite Meghan Mountbatten-Windsor to be Queen." That's my unpopular poltical opinion and I'm sticking to it.

It concluded with something lighter, but still important, Weekend Update: Chen Biao on TikTok.

Chinese trade representative Chen Biao (Bowen Yang) stops by Weekend Update to talk about the US’ ban on TikTok.

Hah, hah, that's a good spot to end the coverage of last night's episode, but a good place to start covering SNL's six Emmy wins. Follow over the jump. 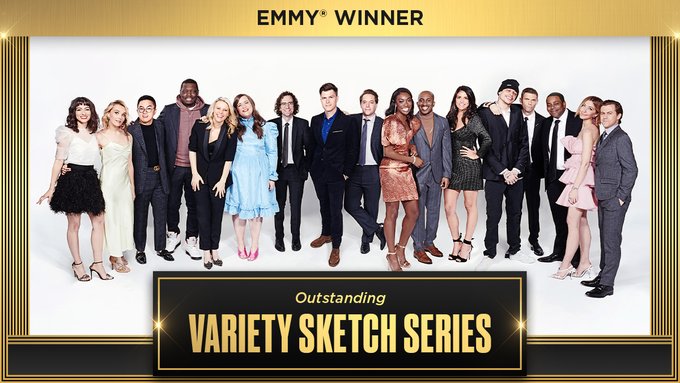 Here are the nominees and my opinions from It's Saturday night, so here are the 15 Emmy nominations for 'Saturday Night Live' along with SNL's wins.

Last year, 'Saturday Night Live' leads sketch variety series nominees with 18 Emmy nominations. This year, it has 15. In contrast, both "A Black Lady Sketch Show" and "Drunk History" have three and "At Home with Amy Sedaris" has one, which was not in this category. That's something of a snub. The favorite is SNL, which won six Emmy Awards last year, including this category, and the year before, so I expect the result will be the same; SNL will win.

SNL won, but no one uploaded a good video. Darn and phooey. Still, chalk one up for SNL and me. 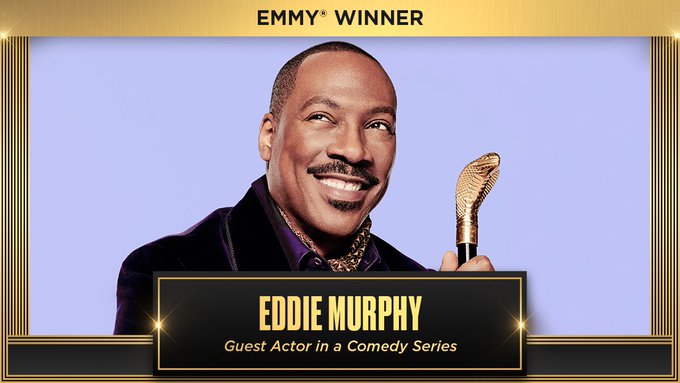 I was rooting for the wrong SNL guest actor, as ET Canada reported Eddie Murphy Wins First Emmy For 'SNL' Appearance and interviewed the winner.

Eddie Murphy reacts to winning his first-ever Emmy for Outstanding Guest Actor in a Comedy for hosting “Saturday Night Live”, 36 years to the day he made his "SNL" debut. During a virtual Q&A session following the award show, the legendary comedian called the win "special" and opens up about his plans to return to the standup comedy stage.

Congratulations to Murphy on his first Emmy! 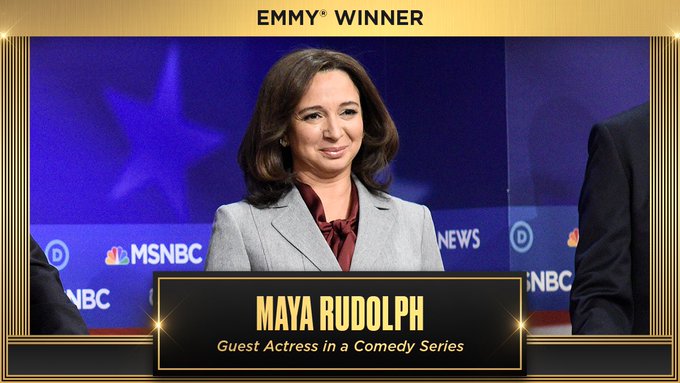 I got my wish, as Rudolph won. ET Canada interviewed her in Maya Rudolph Reacts To ‘SNL’ Emmy Win.

It’s been an exciting week for actress Maya Rudolph, who took home two Emmys, including Outstanding Guest Actress in a Comedy for her portrayal of Senator Kamala Harris on “SNL”. The former "SNL" cast member says she feels lucky to still be a part of the show and reveals which other characters she may play in the upcoming season.

Congratulations on Rudolph for both of her Emmy Awards! 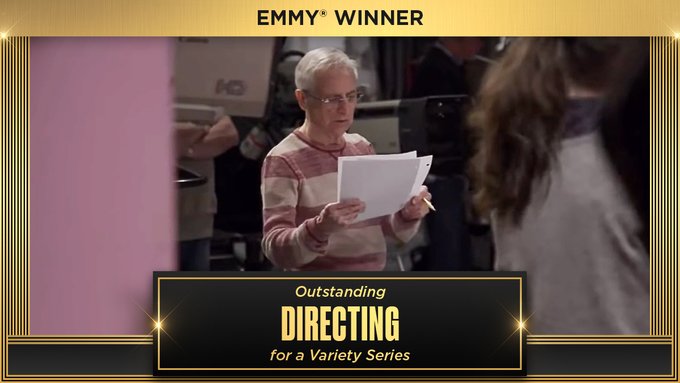 The Television Academy did upload a video of the announcement and acceptance of this award, 2020 Creative Arts Emmys: Directing for a Variety Series.

The team from Saturday Night Live wins the Emmy for Outstanding Directing for a Variety Series.

Congratulations to SNL. Also, I called it. 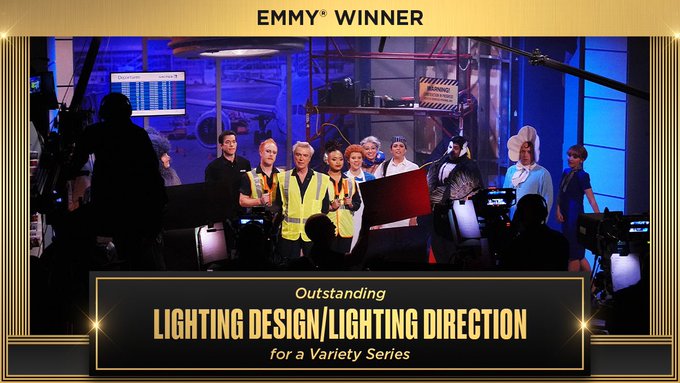 SNL won this category last year and the year before, so I consider it to be the favorite. It's strongest competition would "The Voice," which won four and five years ago. As for "Jimmy Kimmel Live!" I now count three for the show proper plus a fourth for the show's short form spinoff.

Watch the Television Academy's 2020 Creative Arts Emmys: Lighting Design/Lighting Direction for a Variety Series for the announcement of the winner.

The team from Saturday Night Live wins the Emmy for Outstanding Lighting Design/Lighting Direction for a Variety Series. 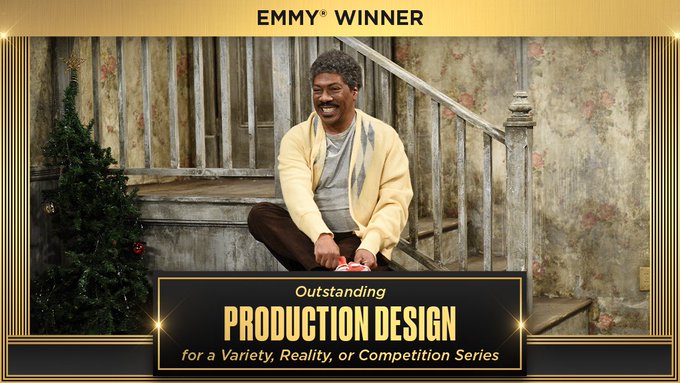 The team from Saturday Night Live wins the Emmy for Outstanding Production Design for a Variety, Reality, or Competition Series.

For the final time today, congratulations to SNL for their six Emmy Awards.

"Last Week Tonight with John Oliver" will have a new episode tonight, so I'll have another opportunity to examine the debate, pandemic, and the rest of last week's news. Stay tuned.

Previous posts about the 2020 Primetime and Creative Arts Emmy Awards
Posted by Pinku-Sensei at 4:57 PM